Greetings friends this is a recent experience evoking Gaap, recently a very close friend, she entered a new job, after a time unemployed, she obtained a position in a company with the characteristics she was looking for: good salary and in her area; However, after a few days, no more than 15 days, she began to feel that the work environment was difficult for her, mainly she began to have problems with one of her indirect bosses, who apparently is a very difficult person with a tendency to mistreat some of the co-workers.

One day very early she sent a WhatsApp message to my girlfriend, his message was a very loaded and desperate message, the message said that he was demotivating that the job had not turned out to be what she thought and she was having problems with an indirect boss, She was even about to talk to his boss about leaving work.

She texted so early she woke us up, we were still in bed and I asked my girlfriend what was going on and she read the message to me.
How she is a very good friend, I felt her sad and without thinking much about it and taking advantage of the fact that I was still in the dream sensation when I woke up I closed my eyes again and began to mentally evoke Gaap, I mentally said the magic words, I invoked the Angels and Archangels protectors and I began to visualize the seal of Gaap concentrating deeply, I began to visualize the evocation keys for Gaap, until I felt that he went into a trance, the sensation of pendulum movement, while lying down I felt as if they were moving the bed slightly. 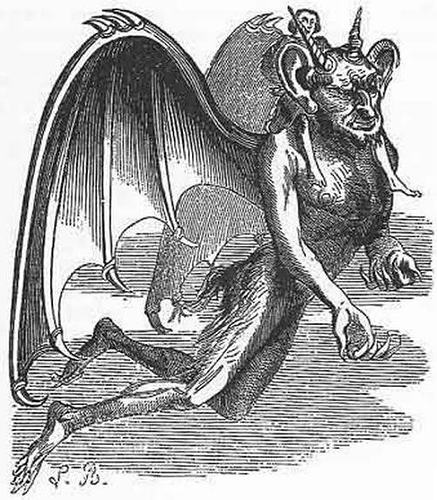 Feeling this, I expressed the request for my friend, this time I asked Gaap to give her strength, the ability to communicate and to make her bosses appreciate her talent. Then visualize the payment that you would give to Gaap for this help, execute the exit, dismiss Gaap and finish the ritual.

What was the results? The results were quick, later in the evening my friend called us and commented that one of her direct bosses had called her for a meeting and had congratulated her on her performance in the last weeks, he also told her that he had many positive plans for her in the future.

However, the story does not end there, a few days later, our friend called again told us that Ivan things were fine but the difficult boss was still giving problems, this time I decided to ask the full name of this person to perform the ritual again with a focus more specific.

The next day in the afternoon I decided to evoke Gaap again, I did the ritual, I performed his evocation keys, I could feel his presence, the environment changed, everything became denser and with sensations of movement similar to being in a boat, I complied with an offering that I had for Gaap, and I made a new request to help my friend, this time I used the name of the problem boss, specifically I asked that my friend be liked by this boss with whom she had problems and that she be treated well.
After this I made the license to leave, I respectfully dismissed Gaap and everything is over.

After the week we didn’t hear from our friend until this weekend, she called my girlfriend to tell her a few things; She also commented that the Chief of the problem had called her on the phone on her day off and they had talked very well for several hours and even planned to make several changes in the office suggested by our friend.

Now everything seems to be going better in my friend’s work, it is very nice to know that with a touch of magic I could help her.

Finally I thank Adonay to the Angels and Archangels involved and of course to Gaap for the work done.

Now everything seems to be going better in my friend’s work, it is very nice to know that with a touch of magic I could help her.

Great work!! Also it’s interesting to know that you also have the rocking feeling of being in a boat.

During Evocations i almost always feel the rocking boat feeling and I’ve never read about it anywhere. Happy to read about it here.

During Evocations i almost always feel the rocking boat

Yes, it is great to have a signal that the connection has been made.