El isn’t the Jewish God, in fact he’s Ugaritic and the same as the Sumerian and Tengrist God Anu.

El and An both mean sky and the sons or children of the Sky are known as the Elohim / Anunnaki respectively. Elohim is the collective term used for all the Ugaritic and subsequently Hebrew gods in their pantheon and is used exclusively in Genesis, in the plural. Later, the Elohim were largely superseded by Yahweh, the Storm God, possibly one of the sons of El, or maybe an intruder from outside the original pantheon entirely.

Enlil and Enki are both sons of El (Anu) and their rivalry survived in the Bible as the two faces of God, with Enlil wanting to wipe out humanity with a flood and Enki saving them. As for Satanael, Samael and Azazel they are also sons of El, though possibly rebellious ones. Getting involved in this ancient family feud type thing is probably unwise.

LOL You do know the Qlippoth is a Judaic concept, right? It originates with the Kabbalah

Just like the figure of Satan is a Christian creation, created by a misinterpretation of the original idea of the satans, angels who were the prosecuting attorneys during a soul’s judgement according to Judaic mythology.

So you’re basically going to use a Judaic creation to escape from the Judaic god who created it.

Heh vau heh yod is a very potent formula to call the dragon of death and undo the order and produce chaos. Anyways your work is awesome!!! Keep up the excellent work!!

Using the weapon of ones enemy so to speak

Thank you very much for this.

They are all the forms the pleroma took in order to have cosmic war with the demiurge, this too is confirmed by Tiamat having 11 spirits of destruction corresponding to the qlippoth

Its the tree of usurping the kabbalah in our view, usurpation and a higher understanding of the gods of dispersion

I deleted my post because every time I discuss this topic with an anticosmic satanist it turns into a pissing match over semantics but here we go.

I get the concept but nobody I know of has completed the Qliphoth and returned with god-like powers or has left this universe far from the clutches of the demiurge. You have the singer of dissection who ate a bullet and I guess that’s one way of doing it but the most anyone has ever done with this knowledge is created a semi-successful black metal band or has been part of one. (Semi-successful is a stretch)

There’s plenty of different ways to experience pleroma without the dark imagery and rhetoric of anticosmic satanism. Anybody who meditates a lot knows this. If you need to believe in the Jewish God and a backwards system that nobody can agree on to experience that then more power to you.

Plus I would say anticosmic and Satanism don’t belong together. If Satanism is supposed to be the opposite of christianity then I would say that makes satanists lovers of life not ones who’d want to destroy it so they can return to some heaven or place that isn’t under the demiurge’s rule.

I see where you come from which is why i dont follow the full doctrines of anti cosmicism, please understand this
I work with way more stuff than just ““traditional”” anti cosmic satanism, and when you speak about enjoying life on earth I believe in that too.
I find value in who i believe is my personal trinity:
Samael-Ahriman - Pleasure upon Earth
Lucifer-Phosphoros - Ecstasy of Gnosis
Satanas - The union of the pleroma’s gnosis in mankind on earth

I have no reason to constantly bash the jewish god, this is more minor liberation and general pathworkings. I prefer working with my deities and attaining general gnosis

Other deities I work with are Abraxas, Ra, Horus-Set(Antewy) and Khnum

It’s all good. I get what you’re doing and I think if you stick to your path you’ll find what you’re looking for.

My logic is a little bit more simple. Liberation through Blasphemy. The more direct approach, the better. Take my recent pathworking for example, a Triple Act of Blasphemy. I took a wooden crusader’s cross. I wrote initials of all 3 slave-god doctrines that I was ever baptized under, C-Catholic, A/G-Assembly of God, and M-Mormon. I put an X over all three of them. In the center, I put F/S/HS-Father/Son/Holy Spirit all to be connected with a broadened X over the middle to destroy them. On the long leg of the cross, I put Samael, Lilith, Lucifer, Azazel, Asmodeus, Naamah, Agrat, Eisheth, and Ishtar, but I put them as such that they look like they outranked all other entities when the cross is inverted.

This is also a very good formula. Quite inspirational actually, mind if i incorporate it in my next attempt?

I say go for it 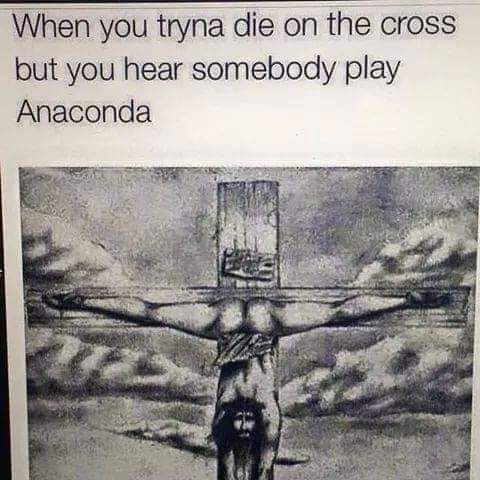