Praise of the Rusalki 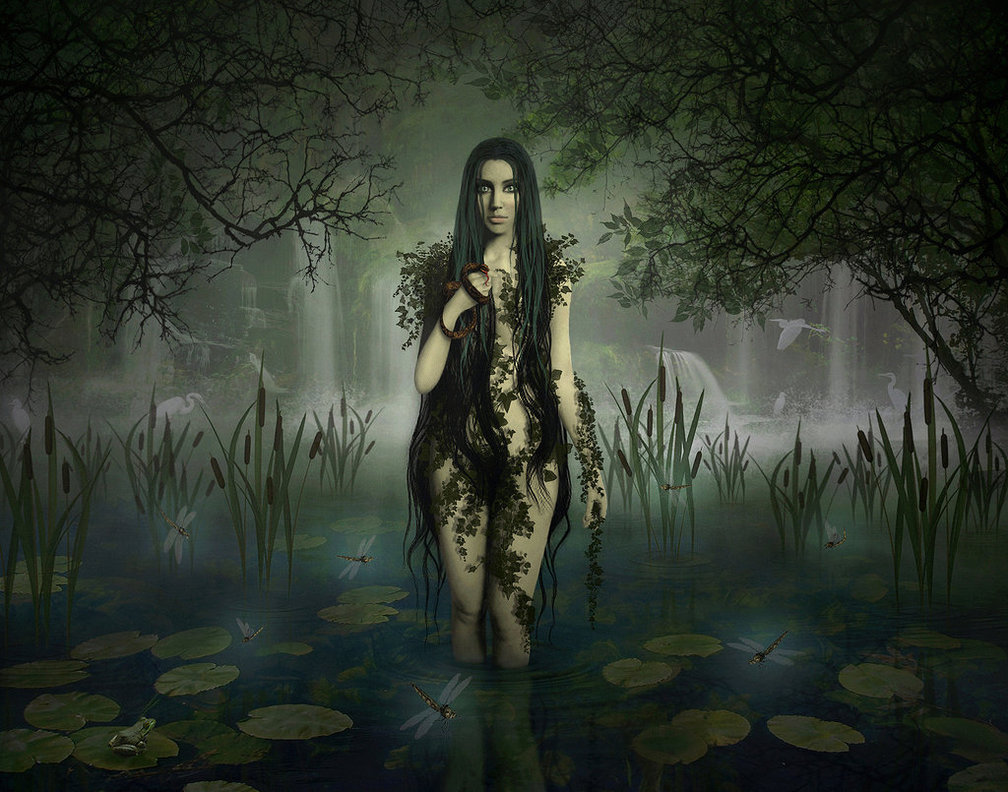 Rusalki have been calling out to me for awhile now (obviously!), so I decided to do them proper respect and finally research them and incorporate them into my path. Building a relationship with these Russian spirits can be quite fruitful and beneficial. They are strong, beautiful, powerful spirits who can be gentle and playful. There’s plenty of information out there that will depict Rusalki as malevolent spirits, but I’m not going to play into that. As with working with any spirit, treat them with respect and respect will be shown. Especially with these spirits. They expect and command respect when working with them. Targets of their fury that they’ve been known to “siren-esque” sing to their death are usually deserving. They’re actually known for helping poor, hardworking farmers and fishermen, so negate any myth of them being anti-male. 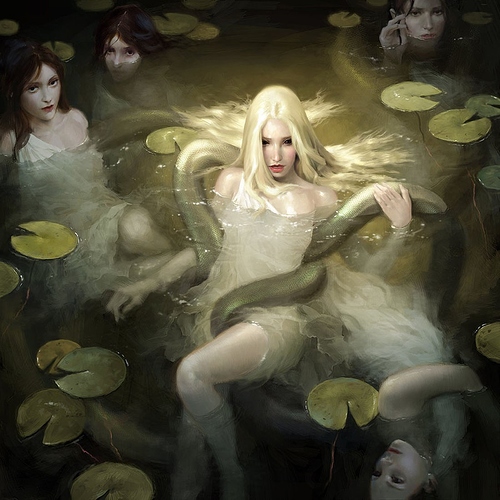 Rusalka Week is an ancient Slavic fertility festival that celebrated both life and death. The Thursday of this week is known as Semik. On Semik, funeral rites were held for the unclean dead. Birch trees were associated as hosts for souls of the dead, so on this day, people would decorate a birch tree with garland, flowers, or carry around its branches to honor them.

Since Rusalka are associated with fertility, sex rituals were prominent during this week. After the sex ritual was performed, women would go to birch trees pledging vows of respect and friendship to the Rusalka that inhabited the tree. They’d bring offerings and decorate the trees with garland and more importantly cloths they had woven or embroidered. This week is the most poignant week to invoke Rusalka for fertility, though any invocation you do with them during this week is powerful as they are most available to us in our world during this time.

Any tree can be adorned with garlands, flowers, ribbons, and cloths when working with Rusalki. For at home workings, tree branches can be placed on an altar or any tree related imagery. Purified water is also significant for your altar as it gives them a vessel to manifest within. 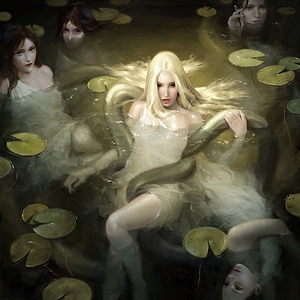 Three hours ago I saw a blonde woman with dark eyes like the photo but walking, is this a calling?

Honest words:
I adore your posts, you’re so refreshing!

It could very well be a calling! I’ve been putting off posting my research on Rusalki for awhile, but suddenly I felt an urgency to do so today with my patron’s approval. I just came across that picture not too long ago before I posted this as well.

Your posts are great as well! Thank you for the compliment

The past days my soul & heart had the strong feeling of calling whatever force willing to come, I’ll do a deep research.

Song of the Rusalka

The Danube is my executioner.
At the bottom of an endless river,
Lies my eternal life.
Like a shadow in the night,
I seduce a sad man,

Singing the most beautiful song.
In my palms
I make my vow.
My heart wants.
I wander alone,
To the full moon.

Irresistible to the mortal,
With my dreamy pleasure,
I give it to the source of death.
His lifeless body
in the Danube, it is falling apart.

You can’t resist
the charms of the rusalka and
the eternal song of death.
I surrender to death and
love, damn it.

I’m sinking deep
The moonlight shines on me,
I dance the wheel of life.
I sing the song of death in honor!

Velvety body of mine,
Long bloody curls of hair,
That dance in the water.

Velvety body of mine,
Gentle sweetness and a satisfying smile
That turn into a death source!

hi, it is possible to evoke a rusalka, with the letter evocation system?