I am the Holder of the Light. Bear Witness to my Seal. 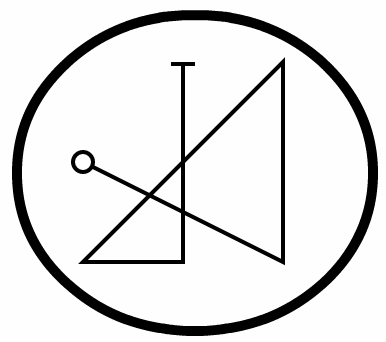 A little about me before I begin on this topic:

I will answer any and all questions, short of revealing the secret First Matter of the Philosophers, from which the Stone is made. I keep this secret out of respect for God, the ancient Philosophers, and the sanctity of your own personal journeys. In Alchemy, as well as in all styles and areas of magic, the saying “The Journey is worth more than the destination” couldn’t be more true.

I will periodically update this page with more information.

The stone begins, in its first form, as a gross & dense matter full of impurities. This matter is refined to a point where its potential energy greatly outweighs its physicality. As in, what the stone itself is, is an object which contains more ENERGY than it does MATTER. For this reason, the stone is very massive (very heavy.)

The process of creation of the stone is exceedingly simple and anyone can do it. However, you must understand nature. This is why the ‘journey’ is worth more than the destination. When you understand nature, and thus have the knowledge to craft the stone, you are in possession of quite possibly the most valuable information any person can hold.

Over hundreds of thousands of years, the Earth soaks up the light of the Sun. The Earth is a conscious, living being. It evolves over time just as any plant, animal, or idea does in the real world. The Stone itself is nothing more than the end result of natural processes. As in, the vessel the stone is ‘crafted’ is a usually a spherical flask - a miniature representation of the Earth. All the alchemist does, therefore, is provide the necessary conditions to allow Nature to do what it does all day long.

The creation process follows the laws of nature. The first matter dies. This is nothing more than the potential energy within the substance being freed. It then reintegrates into the substance. This is where the myth of the phoenix comes from. It is a symbol for the Stone.

The first matter continually divides and recombines. As Above so Below. The substance, or lifeless body of the substance at the bottom of the flask is equivalent to the now freed energy at the top of the flask. The substance repeatedly ‘dies’ and is ‘reborn.’

The end result of this is the Stone.

I do not have a lot of time right now, but expect more soon.

I have discovered the secret of the Stone and can testify to it being a real thing that truly does have all the powers ascribed to it.

They’re really coming out of the woodwork these days.

But not for long.

Duplicate accounts are prohibited, so claiming to be one in your first post isn’t very (pardon the pun) bright, and someone who doesn’t have the sense to say “look what I found elsewhere” isn’t worthy to be a bearer of anything except the ban they now have. I’m leaving this thread in case it’s of any use, but the username associated with it is blocked to prevent further Messianic shenanigans.

what you posted is interesting … it would have been great to read more of your publications, you can not answer from your account?
or will he be a liar?

If you read Eva’s post above, the OP has been blocked and thus cannot answer.

The answer to the secret ingredient is urine. Boom. No big secret account required. Youre welcome.

Ah, The book of aquarius

Yeah, cant recall where I spent a week reading all about it and the method. I didnt have a thousand dollars worth of lab equipment to find out. lol