Philos is not Love

Philos is an old Greek word for something that everyone on BALG already knows first-hand. Hopefully this entry will give the reader a good word to help them articulate this useful concept.

Philo is the first half of the word ‘philosophy’ and is usually translated as ‘to love’. Adding the ‘s’ makes it mean sort of mean ‘the love’, but philos is Not love.

Philos is used as a noun in the Greek book of Acts. Somone adresses one of the apostales and tells him, “Go gather your philos”. That sort of meant “your homies”, and sort of meant, “your coven”. Your philos are the entities that you can talk to about where to hide the body of Christ.

Philos is when a philosopher puts on his philosophy hat. It is not so much an emotion as it is a belief or a value. If you do the philos, you get the sophia. It helps you gain knowledge and understanding to suit your own designs.

Philos is a specific lack of being hard to comminicate with. We embody philos when we read a far-out post from another occultist. When bend our mind a little to see their vision rather than posting “wat teh fek brah?”

Love is spread all over the place until it hardly has a specific meaning. Philos is super simple and easy👌

PS- I might be totally wrong about how the ‘s’ works in Greek grammar.

Philos means the person (male) you consider very close to you and love, your friend. So the actual meaning of the word Philia means the feeling of friendship, the love you feel for someone or something very dear, but not as lover and not necessary as family. (Your family might not be your friends but your friends can be your family).

In modern Greek we use the word as friend (philos for male phili for female) and not as love. But you do love your friends, right?

Philos isn’t opposite or exclusive from love. I take it as the essence of communication, so you can’t have healthy love without philos.

I think it is useful to seperate the cool and easy attitude of philos from the hot and complicated things that are contained in the concept of Love.

That’s awesome to hear from a Greek speaker.
“Friend” is the most important translation in my book.

Would you say that the word ‘philosophy’ is closer to “friendship wisdom” than “the love of wisdom”?

I suppose that I’m making an attempt to define an English version of the term philos rather than professing the correct defenition of the Greek word.

I think that the correct Greek translation does change the defenition that I was taught by English speaking philosophers. If philosophy means “friendly wisdom” instead of “the love of wisdom”, then having a good attitude is square one in the path of a philosopher.

I think that most philosophers would agree with that notion, but I think it should be known as the most essential part. “Philosophy means, having a good attitude in order to gain wisdom.”

And a word most of our US citizens know:
Phil-adelphia

As to what philosophy means, thats a topic analyzed by many philosophers in the past. You can’t define it without setting a time table because philosophy works interactively with the individual and the society. It shapes and mobilizes it while it is influenced by this evolution. As man is the one who philosophizes, it affects and is influenced by him.

For Homer, where we first find the word “sophia” means not only the skill of the spirit (knowledge, experience) but also the physical skill, showing that the term wisdom included the spirit of man and his body equally without the degrading of one or the other. Then the term widened and meant to look carefully and seek knowledge.

But maybe a definition that can describe it despise the age, is that philosophy it’s the gracious desire of the philosopher for truth, the selfless love of knowledge.
As the mother of all sciences, it’s the only which is free because philosophy is the only one that exists for itself.

That’s an interesting way to say it. I’ve recently been looking into Integrated Information theory. It has several axioms that define conciousness and boils down to:
“Conciousness is an integrated, irreducable, causal information system that exists to its self.”

I think I’ll sit around and see how many of those axioms fit the concept of Philosophy.

Right, but I think that occultists could use a word for philos besides ‘Love’.

I’m not very dark spiritually these days, but I do have an aversion to certian lovey dovey light worker new-age terms. I still use air quotes when I say the word “spiritual” in front of muggles.

I also had a full blown greater vision of eternal destiny about philos where I got locked in a mental hospital and preformed numerous miracles of the seen and unseen variety, but any jackass can do that. I’m trying to see if philos really has something useful to say.

Right, but I think that occultists could use a word for philos besides ‘Love’.

I’m not very dark spiritually these days, but I do have an aversion to certian lovey dovey light worker new-age terms. I still use air quotes when I say the word “spiritual” in front of muggles.

I never viewed Philos/Philia as something New-Age, however in my days involved with Christian ministry I often used Greek and Hebrew references to associate with teaching, as Philia is often used in Christian text, mostly among the Disciples of Jesus.

I’ve not seen ‘Storge’. Storge fits into that list of Greek words for love on the spot where I usually see philos.

That’s the type of philosophy I’m getting at though. I’ve heard plenty of smart people talk about how worn out the word Love is in our culture. I agree but I think that’s a terrible thing for an intellectual person to avoid talking about or seeking in their social situation.

Philos is something that can be approached in a spiritual way. It is more akin to an element than a god. To me, philos rivals the Light its self. The light in all it’s essentialist glory can be reduced to “that which enables us to know”, and I think that the most irreducable ingredient of philos is the ability to share knowledge.

Knowing, and being unable to share what is known can become a loathsome burden. When a light worker looks into the bucket of truth and goes around scaring the muggles with prophecies about radio commercials, they need to find their philos.

The illuminated people who have a bitch of a time communicating and get themselves in trouble, those are the guys that philos wants me to help out. I think it’s a decent angle.

Imagine two solid spheres moving toward each other in empty space. Each sphere will have spin. The spin of each sphere in relation to the other exists because it changes the result of the impending collision.

If the angular momentum of both spheres were matched, that would create a very specific result. The spheres would follow their one-dimensional vector in and out of the collision without picking up any new angular momentum. (theoretically, no experiment could get it perfect)

That very special setting is like philos. It doesn’t exist as a cause-effect agent, but it stands out clearly as a setting of a system that achieves unique results.

When philos is present, difficult ideas are easier to communicate. It is noticable, but it’s not something anyone has to actually do. Just, don’t forget to not be a fuckhead or whatever

So, why should every single occultist who ever lives take time to contemplate the sublime concept known as Philos? 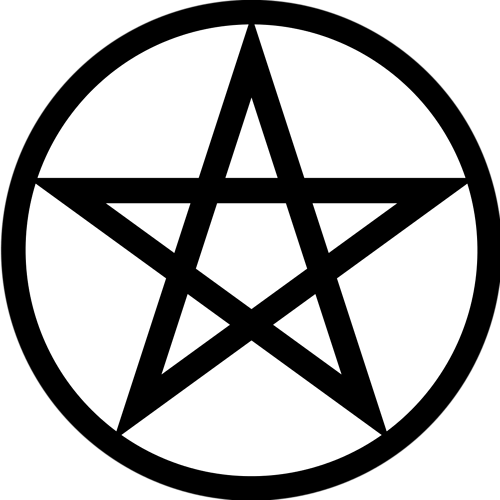 1024px-USVA_headstone_emb-37.svg.png1024×1024 37.5 KB
Pythagoras was nine-times smarter than anyone else in 570 bc. He had been enslaved, but he impressed whatever shitheads he needed to impress and got his freedom. He went to Egypt because people were supposed to be smart in Egypt back then, but after dealing with the Sages he decided that they were full of shit like most people.

He was already a good teacher from his slave days so he just started rounding up other people who had come to see the sages. We was like, “Those guys are blowing smoke in there. They can’t teach us any true thing that we can’t teach each other.”

So he started up a cult, except this cult was a little different. They started with super boring shit like math and geometry. This worked because you can say, “one added to one equals two”, and everyone can agree if they know math. Nobody gets to mess with the answer because they’re them and you’re you. 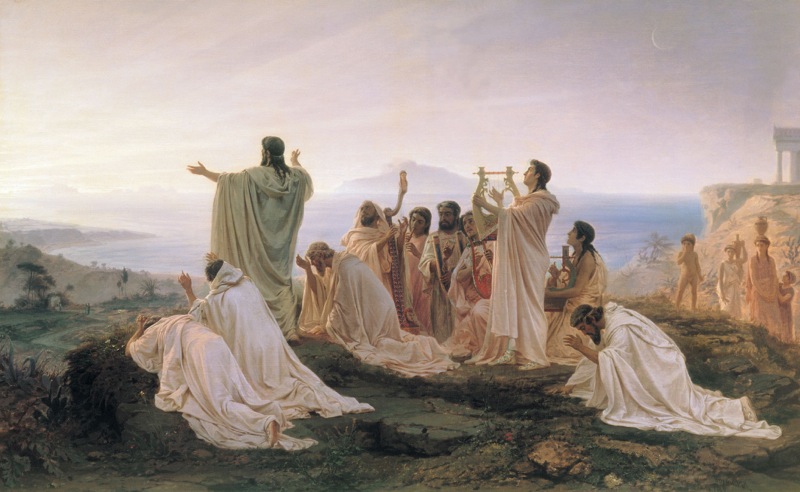 Pythagoreans.jpg800×492 108 KB
This lead them towards all kinds of dangerous thinking that pissed lots of people off. To think that some flea-bitten slave could walk up to the Emperor of Wherever and say, “The sum of all angles in a triangle is equal to a straight angle.”, and just stand there knowing that, like some kind of asshole! Outrageous!
Also, they kept shitting out objectively true and useful things like, real proper music with an understanding of octaves, architectural designs, ethical ideals that made their community better safer and healthier than other people, etc. The Sages were starting to look like major bullshitters.

So they chased them all over greece and murdered our boy Pythagoras and the order splintered up and went underground.
And the guys who killed him did their best to steal his stuff but make it about themselves, and they fucked it all up and made it stupid, of course.

But that was the big idea. No authority beyond a convincing argument. I am one and you are one. Wisdom from brotherhood. 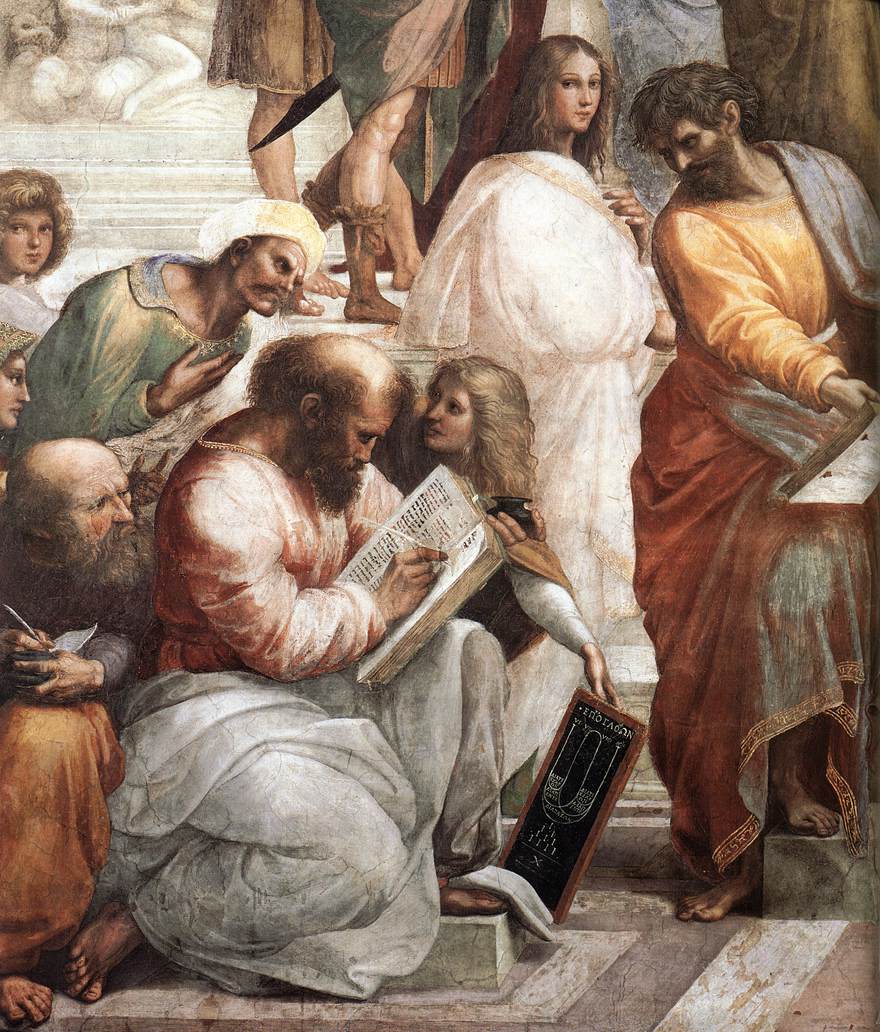 Your resident Greek expert doesn’t know about philos.
I know a lot of names Eric. 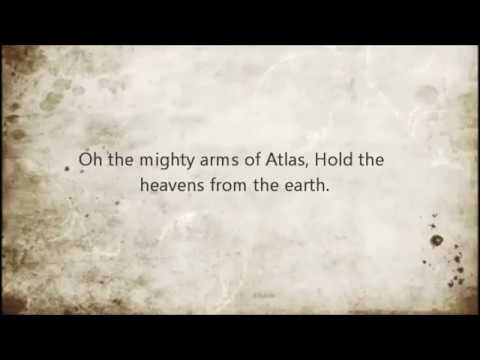 I let my work do the talking.

I’m just having some fun. No offense. 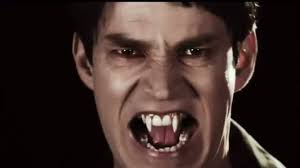 I have no reason to be offended. As I said, my work does the talking. 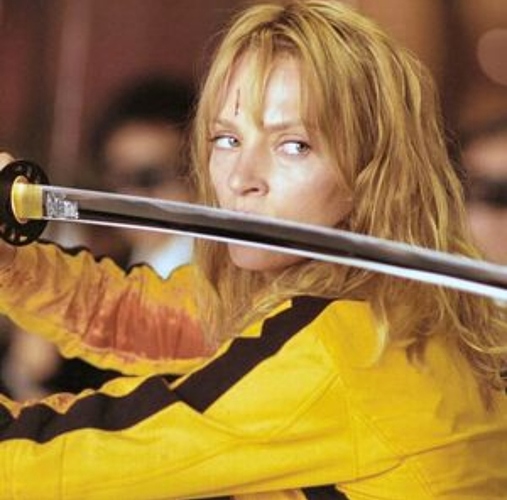 Why do chicks dig Jesus? 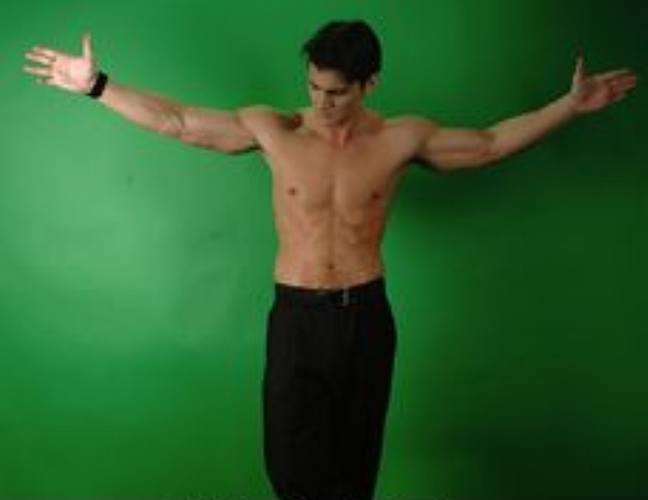 Eudaemon means guardian spirit.
You demon is a little more metal.
My Jesus could seduce your Jesus and take all his gold coins and go buy a bunch of weed to smoke with your girlfriend.
All’s fair in love and whores😎