Pazuzu calling for my attention recently. Him/ His message also came through during a series of Dragon Force workings that I recently completed. Anyone had any experience communicating with Him? 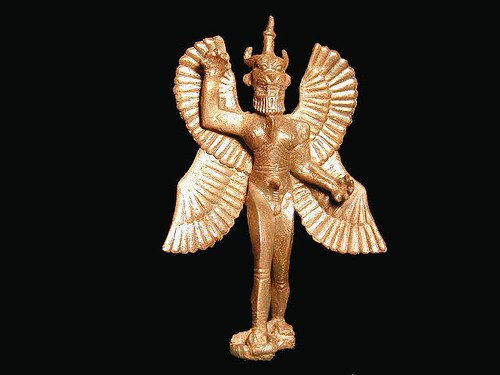 Initial stages only. As in, a couple of times in the past few weeks.

The first was when I started feeling like I should reach to him, even though I’ve resisted in the past.

The second was when I was starting to feel I’ll and he popped in and offered to help. No idea why he offered, but I usually know when to say yes. Instead of taking a week and a half or more, I was mostly recovered after a few days. I’ll take it.

Thing is, he doesn’t seem to use words when I speak to him. He “conveys” things, which is different from any other entity I’ve worked with. Could just be me.

I don’t think he uses this forum but V.K jehaunums (hope im spelling that right) work on Pazazu is pretty good!