Hi my name is Colin from Dublin Ireland. No expierence at all and I may have got myself into a pickel doing a Succubus ritual using the letter method calling on Lilith to send me one of her daughter’s, it wasn’t just the sexual aspect I was seeking but a full on relationship. Alot probably think I’m an idiot for doing so and believe me I’m starting to feel like one at the moment. Done the letter last night pricked the finger added a few drops of blood burnt the letter meditated straight after for a good hour and felt touches sensations, no sexual arousal though. Fell asleep not long after woke up this morning and was researching how to communicate with the Succubus and came across the pendulum method, made my own one this morning and got a clear response to yes no questions, I then went out bought a proper pendulum lavender incense and lavender candles came back home and got right into the communication. Set up yes no and also 2 circles on a page with the alphabet after a series of yes no questions. Got her name looked it up and found an image asked if it was her they said yes so as I was getting more and more questions out everything was really good no problems then it took a turn and it appears to be telling me lies now and has said it was lying all along and giving me the opposite answers. I asked had it been playing tricks on me and now it’s telling me yes. Her name is Baadabaa Cabcicbgaho. I asked it earlier when things seemed good will it help me out in life and it said yes revisited the question only 20 minutes ago this asking how it will and the response I got was “By babiyna muadco ahsha” anyone recognise the name or language. I asked how many languages they spoke they said 3 spelled out English, Ioanan and Banacbll. Asked are they anagrams for something and I got a yes response. So now I don’t know what is truth or what is lies. Anyone pleaee help me on what I need to do. At the end of the ritual before blowing out the candle I did say the words *” I thank you daughter of Lilith for coming to me. I welcome you into my life and into my dreams and ask all other spirits, demons and entities who have been attracted to my ritual to be gone and leave in peace.” but what I’m dealing with now is telling me there’s 2 of them here. Any help would be greatly appreciated.
Thank you 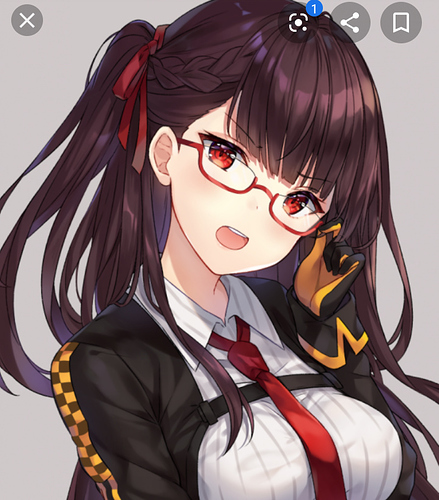 You’re going to have an influx of them at first. Think of it as dating. Don’t enter into sex until you trust the one you’re talking to. If you think she’s lying just tell her thanks but I’d rather keep looking. Were you specific about the type of relationship you wanted in your letter?

Yes I was very very specific in what I was asking for in the letter. I forgot to say also when I asked why the lies and I was told “because I can” I’ve been near 4 hour’s conversing with this one. Thank for responding you’ve put my mind at ease alot. I’ve also not engaged in any sexual activity but it may have occurred while I slept last night I’m can’t categorically say. Cheers my man thank you

Yeah they’ll molest you in your sleep if you don’t establish before bed that you don’t want to be touched like that yet. Happy to help. I’ve studied succubi and incubi extensively since 2016 and work with Lilith quite a bit so I can offer answers or at least point you in the right direction.

Cheers mate, I’ve told the first one that I wasn’t interested and to allow the other they said was here to communicate with me and I’ve been given the name Hijdigu, are these names that would be known or would new succubi names be coming up regularly ?

You’re going to be given lots of names. Some of them are known and you’ll be able to research them and some of them are too low level. Some other things you’ll experience are scents, mental images of beautiful women, strange noises, and flashes of light. And watch out for transvestites unless you’re into that sort of thing but I know a guy who unintentionally got one and didn’t know until they tried to have sex.

I’ve got lavender burning myself so not smelt anything else, keep getting like a burning sensation on my ass cheek though lol not trans ain’t my cuppa. Hijdigu is a 71 year old female lol bit too old for me hahahah. I did ask for a long term partner from Lilith in my letter so I’ll just keep on looking till I find one that meets my requirements. Really appreciate all the advice thank you very much.

Some of them will be young and some will be ancient. You’re welcome.

Told Hijdigu she was too old and to leave and if she met a younger model on way to send her on. I’ve had enough for this evening. Again thanks for your words of wisdom or else I probably wouldn’t have slept a wink tonight. I’ll keep you updated on my progress if you’d like. Thanks again

That’s down to my inexperience and thanks for the advice and I shall do so when I return home. I’m on a steep learning curve here and I think that age of the Succubus I choose shouldn’t be a concern of mine at all, I shall not be making the same mistake twice

This is why people spend years researching and developing themselves. Don’t be fucking with shit you don’t understand. Learn first, then fuck with it.

We live and learn, nothing is for nothing in this life.
Thank you

I was thinking the same thing lol

Nothing wrong with trial by fire

Hi and welcome to the forum.

I have made different threads for what I feel is for different tiers to magic. This is only my own opinions. ·Starter thread. ·Middle level. ·Advance level.