Neighbour sending spirits to do harm 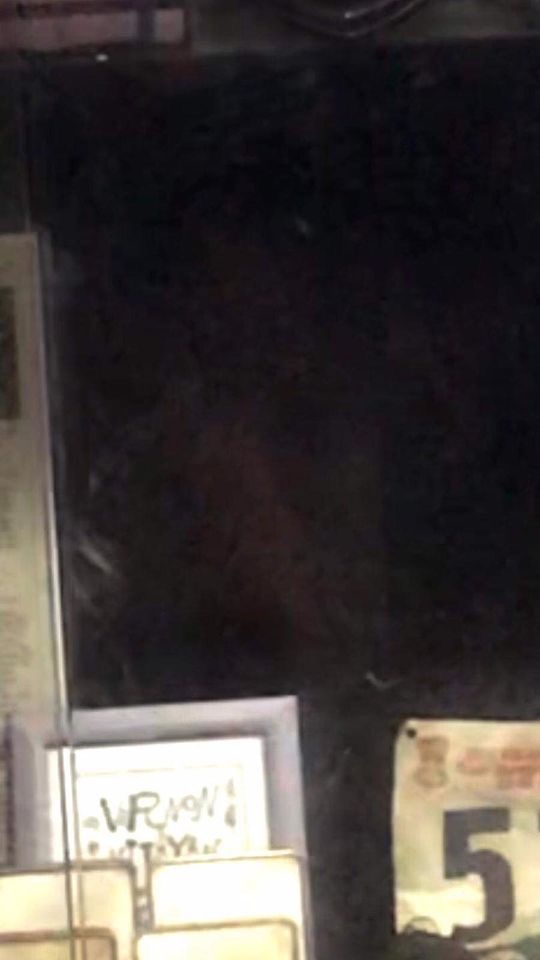 Our neighbour’s son got married last September but we had disturbances in the form of a spirit around 2 weeks before that. Started with our black cat meowing at something in the cabinet one night, trying to open the glass doors with his paw. He would act up around 3am and get really riled up until sunrise. One night I took a video of the study room from the doorway when our cat was getting pissed off. Search it frame by frame and found “it”. Dowsed for answers, initially thought the attack was work related but the pendulum kept insisting it wasn’t until I asked if this was targeted at the home. From then on, the answers came pretty fast.

Then came a pair of chopsticks stuck upright into our plants one morning. That’s an invitation to the dead to “feed”. It’s a local black magic hex when you do graveyard magic. We had a “bomoh” come to the home. “Bomoh” is the local term for people who practice the local form of black magic. He found a talisman that was planted inside another plant. So basically the neighbour engaged someone to go dig up soil or bones (some culture here bury their dead without coffins, they are wrapped in white cloth and returned to the earth after the prayer rituals are completed or cremated and the ashes returned to the family to dispose of according to their religious practices) and then send the spirit to get us to move out. They want to buy over our home and the only way to do it is to incite disharmony leading to divorce or scare the living hell out of us. Well, we just moved in 3 years ago and spent quite a bit fixing up our new home so we weren’t willing to throw it all away because their son got married and wants our home for himself and his bride so that kinda brought out the Black Kali in me and started a passive aggressive black vs white magic war that ended up with this spirit crossing over to the light after 4 months of cleansing and meditating.

They sent another one over right after the first one stopped disturbing us. This one was supposed to possess me and probably do worse. The bomoh asked if I have shown signs of possession, I experienced a black out one night when I was doing the routine cleansing around the home but no, thankfully no signs of possession or suicidal attempts. They hid the hex in the food which they offered last month. It’s called Kalia Masan or Ash of the Dead. We threw the food away and found a red candle burning outside our home right after they came by. We knew this was gonna be the next move after we sent the first spirit into the light. It’s predictable and it’s basic. Their plants are starting to die. We didn’t send anything back. I am trying to get this second spirit to cross over but these spirits died a horrible death and aren’t willing to let go easily. The consequences are bouncing back because they are cleansing their home like mad trying to clear our the spirit they were sending to us. It cannot enter our home so it’s going back to theirs since they are keeping the talisman that is anchoring it.

I wonder how this will end… Because I have been feeding their spirit then asking it to harm no one and to go home to the sender because there is no welcome for it in my space. I have been asking it to cross over instead of staying in this limbo state but it’s not ready and still so full of anger. We do nasty things without realising it and I think they have no idea what they are summoning when they engage some hack to cast hexes for them.

Gee… i guess i’m luck i don’t have to deal with neighbors like that.
Sometimes is better to just move you know… One of you. Or you will keep fighting each other till one of you die…
If you move he/she will probably think “I WON!” and will move on with his/her life.

Welcome @ashwood ](https://forum.becomealivinggod.com/u/ashwood) It is a rule of this forum for all new members to properly introduce themselves, so PLEASE CLICK ON THE IMAGE BELOW and tell us about yourself and any experience you may have in magick, such as what you practice, how long you have practiced, it, areas of interest, etc:

burn some white sage and use a devil candle

Am I kidding here

Also make sure to do banishing ritual

The bornless one must be done before commanding the spirit @norse900

Also make sure to keep florida or holy water

Sorry for the oversight. Just made an introduction post to all the members in the forum.

I read your introduction, Welcome to the forum @ashwood

To be honest, I tried everything in the beginning from burning sage to Palo Santo sticks, to spraying holy water to hanging a cross right across the cabinet but nothing worked. My cat just goes crazy at 3 am until sunrise unless I follow him around with a singing bowl (until he reaches the front door) or meditate in the room until he leaves. My cat sleeps a lot but since this started, he is up all night guarding the study room. When I meditate in it, my cat will sit next to me but the moment he goes to the other room to sleep, I know the spirit has left the place.

A friend then suggested burning camphor on rock salt and mustard seeds to cleanse the home. That actually worked for us. The disturbances became less frequent and we made an offering to Lord Hanuman and Lord Shiva to guide it over after 4 months. The recent one they sent over will probably cross over eventually. We are still trying to get it to cross over but it’s not ready to let go yet.

reach out to @DarkestKnight or @Lady_Eva
them folks know stuff

Moving is not an option for us. There is a rule here that doesn’t allow us to sell the place until we have stayed in it for at least 5 years. We moved in 3 years ago and had no issues with any of the neighbours until this year when the guy next door got married. They want us to move out so they can move in and have the privacy of living in their own place while being near to the mom.

We actually spent a lot renovating our home because we had no intention to move. So it’s not about fighting. The way I see it, they can send as much as they want but it’s going to hit them back hard because we have placed protective boundaries and charms that bounces their hex right back when they send it.

Like one monk very nicely put it when he helped us with the protective charm, he said he was curious how much they can take before they figure out they are harming themselves every time they send stuff over.

It’s getting obvious now that they’re facing the backlash. Their plants are starting to die and their home is reeking of cow urine which they use to cleanse it from negative energy.

We aren’t sending them hexes back in any way. We are just defending our space from psychic attacks but it bounces back at them with some help from friends who are light workers.

If you can’t move house (tbh, I wouldn’t want to move either) and you don’t want to keep reactively dealing with whatever they’re sending your way, seems the only option is to go on the offensive.

Doesn’t have to be baneful either. You could do something like a ritual for the son to change his mind and no longer wish to live nearby (or no longer wish to move out at all), or bless him so he finds another house nearby at an amazing price.

I’m pretty sure your intentions were noble and burning sage was one of the first few things I tried. Meditating with Selenite one night, I felt the vibrations of the crystal and I opened my eyes to make sure I wasn’t imagining it because my hand was shaking but it wasn’t from fear. Someone I asked told me it was probably my connection with the crystal that caused it to vibrate. Leaving sea salt, rock salt, lime and vinegar inside the cabinet didn’t affect it at all. It just showed up every night like clockwork and stayed until sun rise if I didn’t meditate inside the room to make it leave.

Later on, I left a bible in there and it made no difference until I met a guy who sold me a block of wood called Penawar Hitam. It means Black Antidote in Malay. Apparently the indigenous folks from neighbouring countries use it to ward off black magic so I placed it inside the cabinet when my cat started acting up one night. The funniest thing happened. My cat stopped meowing right away and looked at me like he was puzzled (funniest expression on a cat) and he went to sleep in the next room. Needless to say, I got more of that wood and left one big chunk of it at my front door.

Cats stopped acting up after that but neighbours are still trying. I just wanted to share a photo of a spirit that was captured on video because it’s hard to prove these things exist and most folks would think I was crazy for bringing it up but when they see the photo, the ones who can make out what the spirit looks like go

. These things are real, the affects of it are real. Been fending it off for months before I actually found stuff that works against it because meditating every night was draining the living soul out of me. Now I just do my regular house cleansing and leave the protective charms do its work.

If I may ask, did you rent or purchase your home? It sounds like first time homebuyers assistance. (Edit: Down payment assistance, not FHA.)

Since you mentioned her, I would actually approach her about it. She can work wonders in these situations.

It seems like you’ve been defending yourself a lot but need to go on the offensive. Its like a chicken and a lion. The chicken can run all day but thatdoesnt eliminate the problem of the lion.

Now I just do my regular house cleansing

Dont forget to do LBRP

We bought the place and it’s government subsidised so the condition is it cannot be sold or rented out for profit within the first 5 years.

I do invoke Kali occasionally but the approach we have chosen to take is to defend and to send the spirit into the light. We have placed protection around our space that bounces back anything negative sent to us to the sender so basically they don’t know they are only hurting themselves by continuing down this path.