So, I’m a theistic satanist on top of walking the left hand path and I’m very drawn to working to help protect my empire (hell), even though as of now there isn’t much I can do but I always like to feel that I’m there if I’m needed for anything…

But anyway, these visions I keep getting is of like a group of guys in hell marching 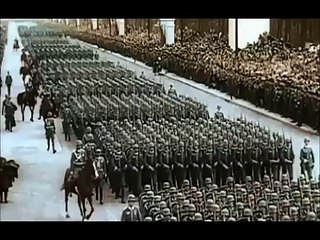 This is the closest representation I can get

What meaning would you guys say it has lol

Maybe I just have a very active imagination lol

I have seen something similar when working with Lucifer. Similar not the same. So I have 2 things to say:

Take it symbolically. Gather your strength to fight for what you want.

What it means is something you’ll understand as time goes, and with gnosis.