Need a reading from a legit clairvoyant:

I’m a clairvoyant myself but I find it challenging to predict my futures when I never get my own personal private space thus resulting in breaking my light alpha trance states, so I wanna combine my clairvoyant powers with someone who’s also clairvoyant, like I give you a clairvoyant reading & the so called clairvoyant reader does the same, I’ve been on here since July 28th, so according to divination forum rules you must be active for three months straight I think I’ve been on here for four to five months give a take a few, here’s what I need a future prediction about: for you see I’m might be going to the winter❄️high school🏫dance on the third of December but I’m afraid I won’t meet any cute lads, and yes I’m gay, I’m fearful I’ll meet someone who’ll smoke and drink and I as hell don’t want that in a boyfriend, I bet no one does, that’s for sure, I went into my alpha state trance and predicted my future but I also wish for another clairvoyant on here to do the same I just wanna be sure, I don’t exactly trust myself, so I need another clairvoyants help, and no fake scammers allowed or else, and did you guys know that F.BI. agency’s use clairvoyants to find innocent victims & solve crimes with their clairvoyant powers, cool😎right??? Anyways if no clairvoyants don’t wanna stand up on this thread post I’ll take it down in two days, that’s the end line, for I’m calling all high powered clairvoyant please come forth and answer my calls, Multiverse Blessings. 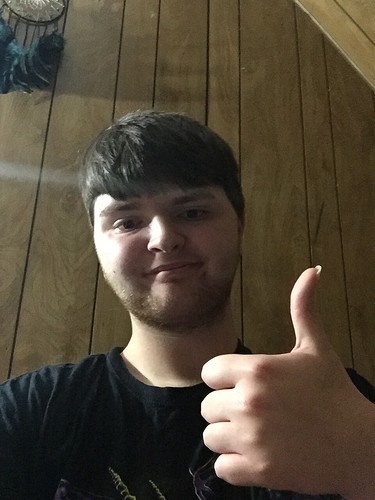 No smoking?? D:<
How dare you insult my tobaccy and blackened lungs?!?

For real though I’m up still give it a shot. Apprently I got some kind of odd “seer” archetypal download last night. Time to take this form for a test drive :3

On another note though, regardless of what you find in divination, would it not be more practical to perform some magic to ensure that what you want does happen rather than just seeing what various possibilities and probabilities are floating around the aether?
I view scrying as not much but a means to gain a better vantage point to manipulate reality from.

Im looking at about 6 or so people you’d be interested in. 4 are highly likely to be there. 2 are not. As it stands it’s most probable that not much comes of it. There is one in particular you seem more fascinated by, as long as you’re confident you would be fine there.

Yeah, the main disruptions to probabilities are coming from your lack of… “muster” with it if I’m not mistaken.

When did i first get my cognitive abilities, like for real? Its an intense and kind of shitty story, but long story short, I somehow activated a state, wherin I lived as the djinn do for three days. Lucifer had approached me and asked me if I would like to be tested, to show my own strength and myself. I said sure, why not, Id like to prove myself to myself, and so he essentially told me that if I dexided to get drunk on my parents alcohol he would activate the test. I forgot about that conversation entirely, as it was sort of offhand, but the next day I felt spontaneously craving of some alcohol, so I decided to drink it…

I apparently drank waaaay too much, and ended up vomiting all over my bed and passed out. (Very low class, only a plebian does that, but hey i was very depressed and careless)

My parents found me and decided to take me to a hospital, and for SOME FUCKING REASON decided not to take me to the emergency room that was 15 minutes away from that house, but instead drove for 3 hours into the next goddamn State, to admit me into a hospital faaaar away from home. Even though, as they claim, they thought I was dying for real. They decided to leave me there even though I only had very minor alcohol poisoning by medical standards.

I spent the night in that hospital, but as I fell asleep, I received a vision of the exact playout of 2 full days in a dream, down to the exact minute fucking detail, and the second day after that I received another full day, and throughout each of these days I’d receive visions of phenomena occurring right before they unfold. It was actually quite shitty, I stopped feeling like a person after the first day, what with living life with this odd precognitive “lag”, only playing out a role in the future i could predict perfectly.

The remainder of this “test” entailed me having no phone, barely any clothes even though it was winter, having to get home without any money, and when calling my parents on a hospital telephone, they picked up and told me they didn’t have a son with my name. (I thought they were just trying to abandon me in their own pathetic way, but later, they earnestly earnestly and truthfully told me they had absolutely no memory of saying that to me.)

Getting home, while being in this djinnic seer state of fatelocking, meant I had to learn how to shatter reality into a state of schizophrenia with this screeching shattering of glass sound, where I wasn’t fatelocked into anything anymore because I made damn sure that nothing was certain. I manifested a lot of anomalies to get home. Somehow I got the local busses to run on a day that was previously very publicly advertised that they would not be running, and fucking somehow got them to be free of fare too, by doing odd sorts of dreamtime exchanges.

Upon returning home I managed to stabilize myself and the visions stopped, and I felt like a person again not having to be fatelocked like that anymore. Am I proud? Fuck yeah. It was fun in a way. Do I wanna do it again? Fuck no.

I’m sorry about your parents, I hope Lucifer’s happy, just Be carful Lucifer can offer great things but that doesn’t mean he’s always, how do I put it, (good) so now I believe you, I hope you gave Lucifer a earful for what you went through okay what do you wish to know, I’m sorta a newb and I also get my magic from my fathers side of the family, so bare with me, for I’m gonna put myself in a alpha trance state right now, tell me what you wanna know:

do you know what kinda clairvoyant reading you’d like:

I never told Luci off, I thanked him for the experience. He literally asked me if I wanted it, and I went through with it. And I’m not a servant of Lucifer, he’s a friend, but not my idol. Eh, to be fair, I look up to his beauty as something to strive for.

For some weird reason I knew you’d let me off the hook, hmm must be my inner voice, I’ll keep in touch with you, you seem like a great one, besides you’re the only one to answer my calling, on this thread post, perhaps we can try telepathy some other time if you wish, alrighty then, good night and TTLY