Narasimha is a very powerful Lion God within Hinduism and is the wrathful form of Vishnu. He is fiery in nature and appears as a man Lion with no weapons (besides his claws). Not going into the rest of his lore as it’s conflicting. Find a description of him that you can relate to.

Despite his wrathful appearance and description, he has a very calm energy to him and helps clear chaotic and negative energies from your sacred space, aura or anywhere really.

I do feel as if he is one of the Hindu deities that you can offer meat to as he is a Lion but due to traditions I don’t. He likes flowers, music, combat sports, fire and poems as offerings too and is one deity who may give an odd request.

He can destroy evil spirits and I mean he will outright rip them to pieces and he can destroy diseases and pains. He is protective over his followers and yes protection is something he can help with for free provided you are respectful and imo you’d be pretty fucking stupid to try and coerce an entity like him.

He can help you with baneful Magick but there must be a solid reason and no someone stealing your gf is not justified. Controlling anger, sports and wealth are his other areas of expertise but I only work with him for cleansing so yeah…

He hates pedophiles with a passion so if you know any child who Gods forbid has been sexually assaulted, call to him. He will wreck havoc on such a person to the point at where the guilty party will regret being born. I haven’t called on him for this yet but he was very clear about it. He also heals the child emotionally and will be a friend to them. Oh and he has a dislike for malicious children,yes they exist.

Despite his fierce appearance, he is a sweet and helpful God who wants what’s best for the practioner.

He has similarities to Sekhmet. It’s hard to find other similarties for him tbh. I asked him for a sign last year and got it instantly. 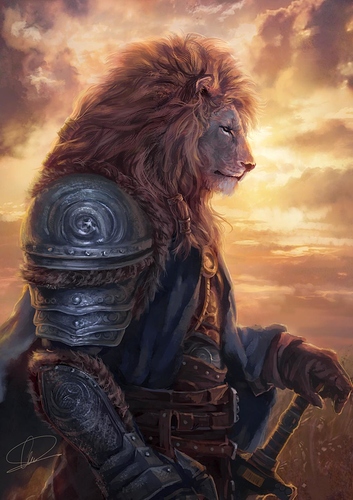