Name of a Deity?

I’ve had an account on here before, but forgot the password, and ditched the email adress it was connected to, so I made a new account.

As for my intro, my experience is exclusive to being contacted by a deity, I myself do not practise magic.

I’ve always been a fan off the ‘internal martial arts’ ; and have been practising for some time.
Over time; A deity overtook me at some point, was upset on what I was doing and showed me the ‘real deal’.

Basically, he stayed around after that event.

This is the main reason I wanted to make a post; to try to find out who he is.

I’ve travelled to the other side of the globe to find answers, visited temples known for interaction with deities ; and all I got was more stuff to add and confusion that scattered my mind.

He is completely black, and sits on a black throne. Sometimes, (last time was Christmas Eve); he gives a ‘boost’. A vision for a split second of him sitting on his throne, and my spirit was pulled up, and I felt great, solid, strong.

There have been times I am looking into deities by reading (Jade Emperor (Chinese Deity), or Lucifer),
and on both instances I got the split second vision of him on a throne aswell.

I haven’t seen his face though, just the lower part of him sitting on the throne. In it’s whole, the picture was so far up in the air, I could just see the silhouette, all black, no facial features.

I once had a ‘dream’, during a difficult time, and I was with him, at his throne, and I hugged his leg.
I was about the size of a fly compared to him. His presence solidified me, felt like being at home, and had his energy around for atleast 3 days. During one of these days, one guy who was acting like a douchebag towards me at work, in an instant changed; his voice, everthing.

The guy literally failed to put up his ‘fake persona’, as usual and could only speak with a complete different voice then before. He told everybody he was afraid of me, and never ever since sat with us (at work), when I was around.

My question, who is this Deity? Is it possible to find out? I’ve tried it all, and it’s not possible for me to communicate to him by my fancy and whim.

If somebody could offer me some honest advice on who this Deity is, and the purpose of him interacting with me, I would be most grateful.

I flagged this so @Lady_Eva can remove your old account. We aren’t allowed to have more than one and would hate to see you get the ban hammer over it.

That being said, I believe you need to do an intro from this account.

We need things like what we should call you, where are you located, how old are you and what do you practice, in order to better answer your question- all of these things can affect what happens in your magical practices.

Your in the right category I think, so you can probably just add the details and call it good.

I have read about an “ascended master” who teaches martial arts

Set for me brother as well martial arts Archery even Roman sword play. Strange to look back and see it was always him Teaching me.

Damn thought I was Special. Wait it’s “Blood Lineal“ he tells me “who are you dear brother come out of the Dark” look for the root the begining of All.

I got quite a collection I need some more info Nationality Religious orientation etc. birthdate blood applies any clues in your Name? or names he’s given you?

I think 1. God himself or 2. Nyarlathotep for he is The Black Man. But I think 1

Sorry, I dont get you? Yeah may be Baal too

I’ve had an account on here before, but forgot the password, and ditched the email adress it was connected to, so I made a new account. 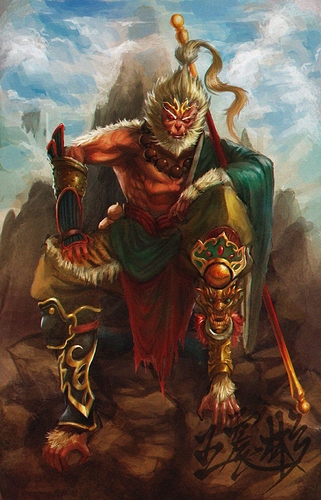 You didn’t tell which dieties do you work with?