My weapon, after being reforged (long post,worth the read) 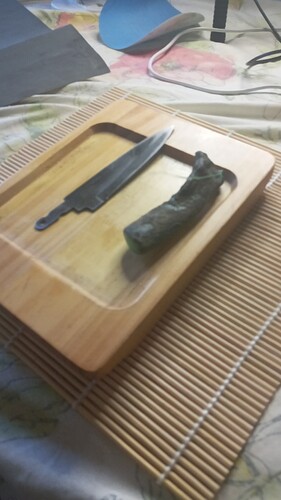 the above is a knife worth $10ttd (trinidad and tobagonian dollar) or $1.42usd. It is probably worth less that than since it was imported from china and then had a tall markup stuck to it by a shop that pays high rent. Now it has been tempered into a protectively baneful companion.

I made some posts on this site, that I had been given a weapon by a yakshini because I had completed a siddhi related to her mantra and also had a meeting with odin and the whole norse pantheon becuase of him. what I did not mention was that I also had some strong dealings with other pantheons.

In recent weeks I’ve made great progress, and in a move uncharacteristic of a doctrine i follow: “to not mix with multiple faiths at once”, I went ahead and contacted the TCR(traditional chinese religions),hindu, irish and egyptian religions.

A energy, seemingly odin’s and another unknown entity, made me do that while trying to make me go wild, both IRL and in the occult.
It claimed it was trying to excite my innocence and love of life to suppress the suicidal thoughts. to incite my creativity and rebelliousness against “people”.

Thus I started to learn how to blacksmith with no special equipment.

the method of forging I used :
this is very similar to the historical method used for damascus steel was forged in ancient india.

All of the above are actual practical methods to strengthen the crystalline structure of the metal, but starting from below are other magickal details tht do not affect the physical properties of the knife. 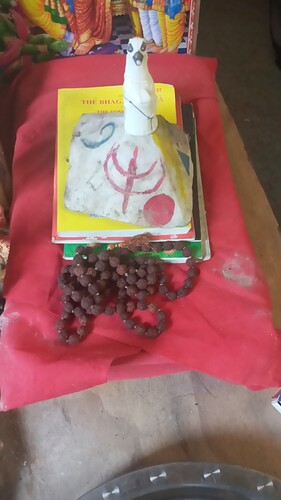 I also made the ritual more magickal by having Geof Gray-Cobb’s secret of the pyramid’s pyramid nearby. And some other techniques from his other book New Avatar Power too. Underneath the visible paper pyramid is another crystal pyramid.
See the little toy on top the pyramid? That’s lord shen, the peacock from kungfu panda, I got the toy from a cereal box when I was happier as a child.
It serves a magickal purpose of increasing the peacock’s fengshui in the ritual, while expressing my own feelings of depression, anger, betrayal, murderousness, feeling of being a villian or side character in my own story. Just like lord shen, i too have a bad relationship with my parents, not my fault as vindicated by the gods.
It does all this while still being a non magickal, unconsecrated object, to remind me of innocence. 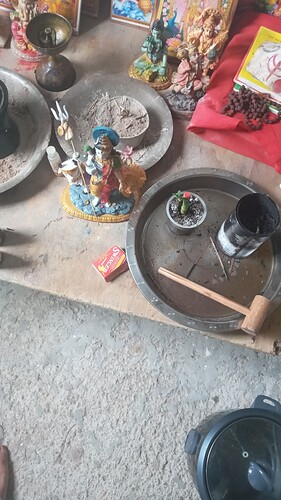 20221128_113133_mfnr1920×3413 528 KB
)
see the trident of the murti next to the lucky bamboo? Its removeable. I only learned that pre-ritual while I was doing the miz-en-place for the ritual forging.
I used it and the toy wooden hammer to pound the blade and stoke the fire. They partially served a practical purpose but they were there solely to evoke playfulness in my soul.

The blade’s density was vastly superior pre-ritual. Notice I said density not brittleness. You want metal to be dense not brittle. I credit the above success to following the timing of the gods, which kept me from making any truly serous errors.
They claimed that they allowed me to frick up a few times, like melting off the knife handle, was to teach me that it was ok to make mistakes. That’s my next project, they assigned to me, to make a sandlewood or cinnamon sawdust handle, though they gave me the option to convert the sheathed blade into a necklace.
They also made it clear that the reason they had me use a cheap blade rather than consecrate good quality dagger or forge my own ritual sword was to teach me to let go of perfectionism.

that is all folks, I’ll let you know how good my baneful magick gets. Im told that by adding the tie guanyin tea leaves and and the playfulness to my rituals has changed how my baneful magick will be expressed as in the physical world, if I chose to use the knife.

This was such an amazing post to read! I love ALL the creativeness, hardwork and time it to to make this, it’s truly wonderful! You did great!