I had not felt comfortable using His name until now. Here are the first parts of it. These stories take place in different lifetimes, timelines and dimensions.

Author’s Note: This isn’t Archaelous. But I feel like it is connected to him and hence way I am posting it here. One Day of the 8th Fleet It was toward the end of the cosmic war. Her greatest triumph was the 7th fleet, bringing hated enemies to the same table. Peace, in any form was her only goal. She had devoted everything to her family, her divine house cause. She needed a break, no one could nor would stop her. She went to her father’s golden library with his oldest tomes to immerse hersel…

I am fucking crazy, but I am free. I am going to post my crazy shit right here. I doubt anyone will understand anything from this point onwards.

He had left. Divorced me and gave me a lump sum for the trouble. I was nearing the end of my life, all two centuries and some change of it.

He came to me then. He looked younger then the day I met him. So breathtaking beautiful, the kind poets and horror writers are inspired by alike in kind.

Everyone as a weakness and he was mine. He came claiming to make amends. I understood his reasons for leaving me. It didn’t really lessen the pain, it just makes life bearable in a fashion.

We sat down by a quite stream and listening to the birds sing nature’s song. “You only came back to me because you are dying. I might look old, but I have much more live in me. I didn’t waste it on my vanity.”

“We are leaving for Mars soon.”

“Preventing your death I thought be reason enough. I assume you have the thing on you with updates?”

He laid her old collar on the table. It shined when the sun hitting just right. She pulled back her hair and allowed him to put it on. She fought against the collar’s powers over her. She dropped to knees crying, but it wouldn’t stop until she allowed it to do its job. She doubled over in pain and released everything from her system.

She woke up in her small cabin thinking it was all a daymare. She felt the collar-necklace and cried tears with a stupid grin on her face. He was in the kitchen getting her some drink and food to help build up her strength. They would have a long night of sex ahead of them.

*Leaving the pronouns as is. 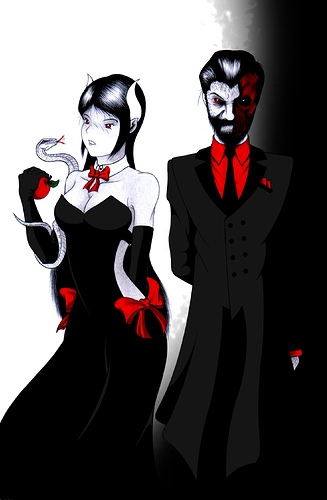