My insight on these catholic horror movies and ghost hunters 👻 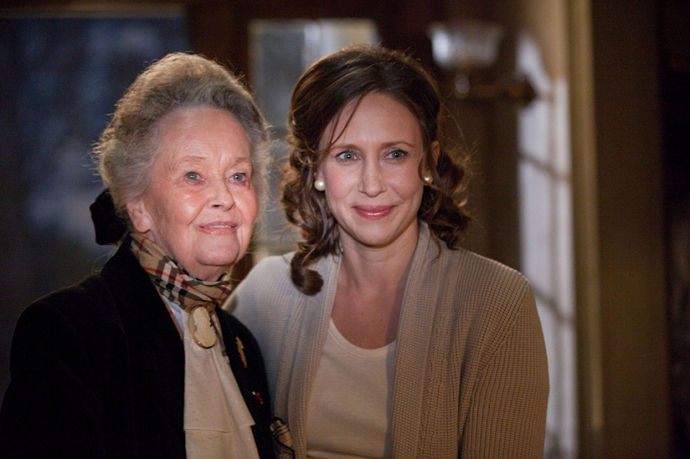 just cause anxiety I like the gross out bloody movies

Check out Dread. It explores psychological blockages and the emotions they inspire. While not officially occult, the exploration of dread is of relevance in the occult. Also very anxiety inducing, but not from jump scares. This shit was just dark, and got darker as it progressed. What made it all the more dark was that the premise of the entire film and how it played out was no less plausible than a Craigslist killing. Also a bit messy at times too, so if you like disgusting things, there are a few gems.

I hear ya. I take it as Hollywood BS but do find parts of their propaganda annoying sometimes like Hereditary.
That was just a shit movie all round and Conjuring? Definetly not saying it was the best at anything there.
A good horror film to me is one’s like the original House on Haunted Hill or Hill House. These though dated so not very “scary” have the atmosphere, good acting and writing most lack now a days.

Those were good. Sev7en had a lot going for it but that ending. I saw that and wanted to smack Pitt over the head; “you’re working a long side Freeman and Spade, get your shit together!!”

Everytime I watch this movies I know that the Christian’s are confused .
They are confusing the lower vibration entities with “Demons” and they dont know anything about the ancient Gods or what even the word Demons means or it came from.

However when I see a so called “evil” in my mind I just process it not as Demon as they trying to say but more as an lower vibrating entity or whatever something alse that exists in the universe.

However some movies now days shows that Demons aren’t so bad like the movie Eli from Netflix witch the child is the sun of the “Devil” and he kills a group of evil christian nuns that were sacrificing children to their God.

Also check out the Devil and the Blacksmith on Netflix.
I like the end when the demon teams up with the good guy and helps break some girl out of hell, i kinda forgot it’s been a while sorry.

I think we making some progress slowly we start to understand that Religion is a infection and the so called "evil " that they refer to is actually the good, the enlightenment and much more.