Hello everyone in BALG!
I’m gonna write this journal, History of Magic and Magicians in Korea(abbr. H.M.M.K.), taking full advantage of my major.
Although Korean magic is a minor subject for historians, it has begun when the K history started - when people began to live among Korean peninsula, its annexed islands, with part of Manchuria.

I have a few rules in writing this journal.

I hope I can carry on this journal to a fruitful finish.
Let’s ride through the rough sea of history!

This seems very unique and refreshing! Been thinking of doing journal entries dedicated to my country’s own magickal practices/gods/mythical creatures and all that… and then I see this. Hope you update real soon! Bookmarked as I’m always very curious about other practitioners exploring Asia’s magickal culture in general.

Part 1. Magic on the Literal Rocks

Paleolithic Age in Korea started as early as BCE 700,000 according to archaeological excavation (of Danyang Geumgul site)!
Neolithic Age was started circa BCE 8,000, and Bronze Age BCE 20th century.

We don’t know about exact form of magic or any faith, of those periods.

However those people left Petroglyphs(Rock carvings, Rock art) with some artifacts, and they give us a glimpse of Prehistoric Magic. 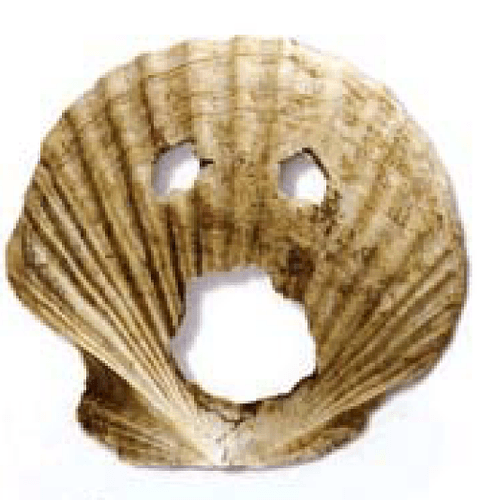 This is cute and hilarious!

OK, this time covers Bronze age ~ Iron age.
We should see historical background first! If we don’t, we will lost our ways in complex historical events with so many names.

The very first Korean country was Old Joseon, and thus it is considered as virtual starting point of Korean history.

It has two funny facts:

Meanwhile Old Joseon was thriving, and after it was destroyed in BCE 108, other Korean countries began to rise up.
One of them was Buyeo, the others were Okjeo, Dongye, and Samhan.

Buyeo became the root of Baekje and Goguryeo, though it was not their only root, and Samhan did more complex things.

Actually “Samhan” means “three Koreas” and it had three groups, which contained 78 small countries in total! Mahan(54 countries), Jinhan(12 countries), and Byeonhan(same as Jinhan) were them.

Only Baekje, Silla, and Goguryeo became what we call “ancient countries”, thus making the Three Kingdoms Period in Korean history. The other countries(Okjeo, Dongye, Gaya) failed to grow, and consequently they were absorbed into Three Kingdoms.

We will see here mainly Buyeo and Samhan with Old Joseon.

“Hwan-ung, one of the sons of God, descended upon a mountain in Korea and ruled people there.
One day a bear and a tiger came to him and asked how to become humans.
The King gave two carnivores mugworts with garlics, and he told them, if they eat only these during 21(or 100) days then they’ll fulfill their wishes.
Only the bear endured the hardship, became a beautiful woman, and married the King.
Their son was Dangun, the founder of Old Joseon.”

Can you see? Its historical meaning is that two totemism-based tribes(one worshipped bear, the other tiger) met with another tribe which had new technology. Bear tribe shook hands with the newcomers, made a marriage alliance with them, while Tiger tribe did not.

Some modern scholars took this as an allusion of magical ceremonies, which were related to girl-to-woman growth and menstruation.

Of course we should not ignore the Totemistic nature, of both the story and the Kingdom itself. It wasn’t uncommon for those ancient people to worship animals.

The way that Buyeo people did divination had one special thing to prepare… It was a cow.
How they did it? This is the way:

One. Get a cow.
Two. Slaughter it. Bye bye cow!
Three. Do divination by the shape of its hoof.

Buyeo people had one more cool tradition.
If they suffer some natural disaster, they killed their king.
It was not weird in those times, 'cause kings in ancient times were also the chief priests, thus making them magicians.
Magic was indeed difficult at least for the cows and kings.

Samhan had so many small countries, (a total of 78) and their political system were divided between religion and state, so their kings and tribe leaders were not magicians.

Instead they had some priests named Cheon-gun to handle all religious things with magic.

They also had sanctuaries named Sodo.
The ‘Sodo’ s were extremely holy, extraterritorial areas. They were so sacred, that even if a criminal ran away into there, people couldn’t catch him/her.
Of course, if he/she got out of there… You can think of the rest.

In next post we will see Three Kingdoms period. Yes, the interesting part!

In next post we will see Three Kingdoms period.

Oh you’re interested in our history? 대박(Daebak)! I’m so surprised!

Today(April 30th) is April 8th in lunar calendar, which is Sakyamuni Buddha’s Birthday! (The date may vary, depending on which country you live)
So I decided to write about three monk-magicians, instead of Goguryeo magicians which I intended to write at first.
Those three were from Silla, one of Korean Three Kingdoms, and they were all badasses.

The book was intended to promote both historical knowledge and religious devotion.
Of course it is a little flattering about Buddhism since its author, Master Ilyeon, was a monk himself.

But, it is unwise to dismiss the book since it contains precious informations about religion, culture, magic and ordinary people of ancient Korea.

First, he cured the Queen’s illness using his magic.
He intoned the Book of Bhaisajyaguru(Medicine Buddha), and suddenly his cane flew into Queen’s bedroom, piercing through another monk and one old fox.
When that two were thrown out to the yard, upside down, the Queen was cured.

In addition, he drove out many demons who were tormenting a young boy named Kim Yangdo.
Those demons were pretty nasty, since they tasted all food within the house, and moreover killed another exorcist monk when he came to exorcise them.
But when they heard about Milbon’s coming, the demons wanted to escape, only to be taken captive by some mighty gods from four bearings.

What’s more cool is the fact, that Milbon was not yet entered the house when the demons were captured! (He came some time later and performed exorcism in the house.)

He went to Tang dynasty China, and while he was studying Buddhism there, Emperor Gaozong of Tang called him to cure his daughter’s illness.
Hyetong cured the princess using his magic: he enchanted the beans, transforming them into soldiers, and they drove out the dragon who was the root of her illness.

But it was not the end, both for the monk and the dragon.
The dragon became angry at Hyetong, so it went to Silla, and killed many people there.
Hyetong came back to his motherland in 665 CE, and fought off that evil dragon for a second time.

Yet the dragon still wanted to kill him! What a persistent creature!
It made the King Hyoso(reigned 692~702 CE) and his vassals want to kill Hyetong, using its magic and manipulation skills.
When they send troops to seize him, he climbed to the roof with a bottle, and performed amazing magic there.
“You guys would have to see what I do!”
Hyetong drew a red line on the neck of the bottle, and same lines were drawn on the troops’ necks.
“If I slice off its neck, yours will be done the same! What will you do!”
The troops ran away, and the King gave up killing him.

Later Hyetong went to Mt. Gijang where that same dragon was tormenting people, and he finally made it surrender.

After destroying Baekje and Goguryeo, Tang China wanted to destroy Silla as well- it wanted to make all Korean domains its colony.
So what we call Silla-Tang war broke out, and Emperor Gaozong send his fleet to Silla.
When King Munmu(reigned 661~681 CE) heard about the invasion, he asked Myeongrang to use his secret methods to fight off enemies.

So Myeongrang used his magic!
He built a temple with dyed silk, made images of gods from five bearings with grass, and he performed his secret methods(called Munduru Secrets) with 12 other monks.
In November 676, the Tang fleet was really defeated by Silla fleets in Gibeolpo(modern-day Janghang, Seocheon).

But was it all because of magic?
I believe magic helped Silla troops get victory, but if fleet commander Sideuk and his men did not their best, Myeongrang’s magic wouldn’t have worked.
To tell you more of my belief, I beileve magic only works when people do their best.

Hope you guys find your own enlightenment!
Happy holiday.