Making a girl fall out of love and come to me

Hello again, i need help. I really want this specific girl BADLY. But she might have a boyfriend.

I am paying someone to make a pact with a demon for me. I need a demon who can break the relationship up(if there is one) and make her fall in love with me. I read asmoday is great for breaking up but i also read he is more of a lust demon. Which demon is best ?

Breaking up a relationship is easy but Making her ‘Truly’ fall in love with you is HARD stuff. You can keep her as your Most Obedient pet ( Will eat shit if you just her to do ), using vashikaran but making her truly love her isn’t goinb to be that easy. And yea, she may go mad within few years afterwards.

You don’t need a demon to do this. You can just use simple spells that you can find on the Internet and have good results. Either ways, if you feel called to use a demon, do it.

E.A Koetting’s love spell that you can find on his channel works very good and very quickly, specially if you do it when the other person is sleeping and if you do it a Tuesday or Friday. Even though days don’t really matter, it can be a powerful additional force. You can also experiment with other spells. Mixing them up, adding new thigs or removing things that you don’t feel are necessary. Frank White (Grail of the Serpent) has very good rituals too, very powerful but maybe too elaborate if you are looking for something quick.

Either ways, you know what’s best for you.

Well ask yourself this-do you truly love her? If you do, why go against her free will for that is not love, that is slavery. If you love her you will be patient. If you love her, you will understand why she is with who she is with. a break-up could happen eventually yes but I ask you this. Do you want her to love you back or are you going to use “love magick” to essentially turn her into a thrall that obeys your every order. Do you want her for sex? Or do you want her to truly truly love you and be with you. Love magick is quite tricky and in my own honest opinion, always goes against free will which is why I never use it.

To win a girl’s love:

Likewise, you should, while fasting, make the second helm awe with your saliva in your palm when you greet the girl who you want to have; in such a case it should be in your right hand. 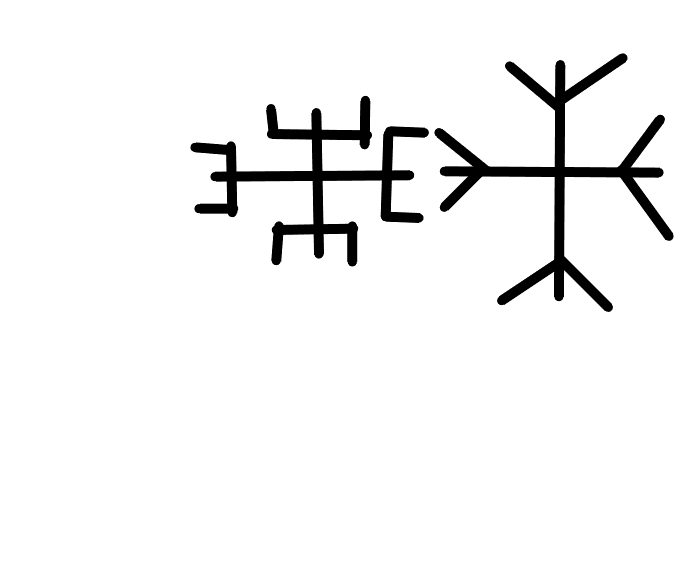 Cuz her higher self will start screaming that something is wrong. SO basically a part of her mind is trying to fight the subjugation and another one is following order and both are at war. SO she is going to be fucked mentally within a very short time.

This is why I don’t use love magick-unless for protection of a loved one or to seek out someone to come to me.

I tried that a few times on 2 different girls and it didnt work.

I think asmoday is best for this

Strange. It worked very well to me, maybe because I added other things in the ritual:

-I did it at 3:00 AM
-I visualized the energy going through the flame to the other person that was sleeping
-I masturbated before the ritual to incite a lust state on me
-I visualized her being in love with me or having sex with me
-I used a picture of the person with her name and date of birth
-I had stolen papers from her wich I held in my right arm
-At the end I the result, I dropped wax into the picture and declared that the person felt lust and love for me

Try these things out and see how they work for you

Instead of a demon that may wear off in a few years (at best) you should evoke the girl’s higher self, and give your case about why she should be with you. If it accepts, then the magic will bypass most defenses that people have.

“If she’s amazing, she won’t be easy. If she’s easy, she won’t be amazing. If she’s worth it, you wont give up. If you give up, you’re not worthy. … Truth is, everybody is going to hurt you; you just gotta find the ones worth suffering for.”

Wait you can do that? How?

There are many different ways of getting into communication with someone’s higher self. At some point in your ceremonial magic journey, you’ll have to learn how to evoke purely off a name or pure energy.

Because I started with angels, who do not have sigils, I got thrown into the deep end and had to learn how to swim. Luckily, there’s a lot of occult strength in my chart, I was born on a full moon, and I almost didn’t survive my birth (another omen of occult strength), and so I was easily able to accomplish it without much hassle.

So, if I wanted to evoke someone’s higher self, I would just chant, “[Name]'s Higher Self” while altering my consciousness until I felt it’s presence or heard the spirit.

However, now, I don’t work with spirits like a ceremonial magician, I work with them like a shaman, so I would just travel to the upper world with the intent of meeting her higher-self.

PS, if you want to know the occult strength of your chart, just PM me and I can tell you what I need.

If it accepts, you’ve no real need for magick ritual - in other words, no need to push or force things along.

Doesn’t sound like the OP has the wisdom to do this. In fact what he proposes comes across as an (unintentional, I’m sure) attack on her free will and her life. If anyone tried that crap with me, they’d be hit in the head and genital areas with a nasty curse.

Yes, my defenses are pretty solid, so no one would be able to affect me anyway. But, if someone did try to force my free will with some magic, that would be one of the few times that I would ever use baneful koldovstvo.

How about a pact to deal with your unhealthy obsession?

And perhaps work on not needing to force yourself on others. And maybe get some courage to talk to her, make friends with her, etc and see where it goes?

Breaking up a relationship is easy but Making her ‘Truly’ fall in love with you is HARD stuff. You can keep her as your Most Obedient pet ( Will eat shit if you just her to do ), using vashikaran but making her truly love her isn’t goinb to be that easy. And yea, she may go mad within few years afterwards.

Questions of morality aside, I know a lot of people would be interested in this - would you be willing to share more on this topic?

What sort of defenses do you have from someone attacking your free will like that?
That reminds me of sort of another angle of what I have been going through.
I summoned this guy that I didn’t know into my world, when he came I was so in wuv with him, but I think he thought that between me sending out this powerful signal for him that I was trying to put a love spell on him. Meanwhile his higher self liked me more than he did. His higher self tried to trick me into putting a love spell on him so his lower self would go along with the idea, instead both of our lower selves went crazy and started attacking each other and now he has hardcore demonic defenses up as he sleeps at night and now I can’t sleep at night cause astrally going into his dreams at night is my happy place so I have to sleep during the early morning and he gets to sleep at night.

What sort of defenses do you have from someone attacking your free will like that?

If I told you, what would be the point of having them?