Hey everyone , I hope you’re all doing well today.

After reading @TheRookie’s List of Spirits post , I was really curious about it’s content , so I got it and started reading. Unfortunately I was disappointed halfway in as it stated that it required implements like a consecrated dagger , ring lamp , sword , wand etc etc. Currently I’m not in a position where I can acquire those things , nor do I have a place to use them even if I were to acquire them. My question is , has anyone worked with the spirits in this book in another method without the need for the implements mentioned? Thanks for reading my post , and have a good day

My first successful evocation all i had was a sigil and a single birthday candle, all those things are great and have their place, but in the end their just props and tools.

To get results all you really need is the spirit’s name, know what attributes it has, maybe a sigil, and most importantly of all a clear idea of what you want it to do for you. So no, you don’t need any of those things to work real magick.

who was your first evocation? 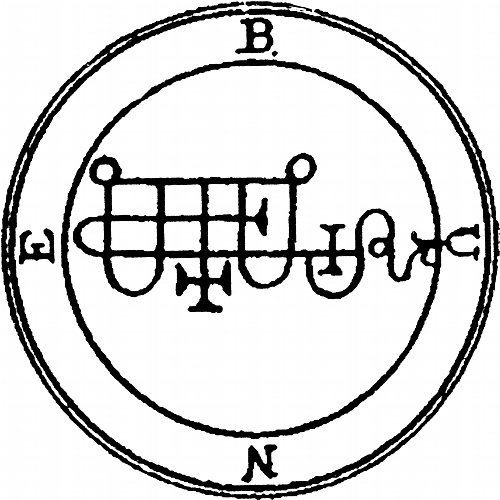 Hey there, would you mind sharing your experience/experiences with Bune?

I think ultimately the experience will rest on your success in altering your consciousness during the ritual. EA talks about getting maintining your intent or awareness as your brain waves decline to sleep range. My most successful summoning happened when I was a teen and I remember sort of zoning out during the chanting as my body felt it was literally switched off. Crazy vivid vizual phemomena followed but as I was being lifted from my body I beagan to resist

and that ended the experience lol. I still had a pretty vivid dream with a personal message. Hope this helps! I think the biggest challenge is altering your consciousness suitably to perceive the event, the other stuff falls under formalities.

Without going too far of topic, it was a situation involving money and family, that i will not speak more on accept to say i needed a fix to before it ripped everyone apart.

Up until that point i had just played around with basics scrying, but that night i felt i had no other option, so with no idea what i was really doing, i made the sigil, found the one candle and went to the only place available at the time where i could find a moment alone…The bathroom.

Using the toilet as a altar i lit the candle and focused all my attention on the sigil (I think i did some half assed astral circle ritual i saw one time on some wicca web site, don’t remember) i had no idea what Enns were or what a proper incantation was or any first hand experience of what spirits or demons were like, all i knew was i needed serious help and this was all that was open to me short of committing several felonies…Again.

Now i never took my eyes off the sigil so the next bit happened entirely in my (head.) It appeared very much to me that the room i was in disappeared and i saw a clear image of myself kneeling in blackness and a shadow moved from it towards me. Which i expected after having spent the last hour psyching myself up to deal with anything no matter how nightmarish it might be.

What i didn’t expect was the feeling that was coming from that shadow, one of pure concern about my wellbeing and the deepest desire to relieve what was troubling me…Overwhelming maternal it was (did it touch me on the back of my head? Hard to remember) most perplexing.

Then it all faded and everything was back to normal so i went to bed even more confused then before i started but with a sense everything was fine now, and in three days the situation resolved itself better then i could have ever hoped for.

That was my first experience with Bune.