I will be keeping an eye on this thread. I have been interested in Kitsune for quite some time, but have found very little useful and useable info on them within the structures of the Occult I practice. But, there is no rest for the wicked, so the search will continue.

This anime as one too. Its kinda of slow and boring but its fine to watch. Kitsune (狐, キツネ, IPA: [kitsɯne] (listen)) in the literal sense is the Japanese word for 'fox', specifically in the red fox of East Asia. Foxes are a common subject of Japanese folklore; in English, kitsune refers to them in this context. Stories depict legendary foxes as intelligent beings and as possessing paranormal abilities that increase with their age and wisdom. According to Yōkai folklore, all foxes have the ability to shapeshift into human form. While some folktales speak of kitsune emplo...

The first step would be to research the mythology of the creature through credible sources. Then research a deity that’s connected to them or would have information about them. In this case, it would be the Kami Inari.

I would personally look up the summoning methods used in the shinto traditions, but also likely write out the kanji for her name and focus on it using some kind of chant I’d think up on the spot based on her attributes in her own legends.

Actually, all this sounds fun and I already have 20 tabs open. I’ll be back.

Thank you for the input, please share your findings.

Is depicted as and appears to followers as both male and female. Though most refer to this spirit with female pronouns.

The name Inari doesn’t appear in any literature of classical Japanese mythology and the earliest shrines to her in recorded history are in 711 AD. It’s believed that she was a lesser kami of agriculture until Shingon Buddhism came to Japan. She was synthesized with the Hindu deity Dakini, who has some connections to Kali. Inari can also be called in the form of a Bodhisattva. And the more you look into it you could be looking at a collection of deities formed into one, much like the Morrigan of Celtic mythology is the combination of Macha, Badb, and Nemain

From the legends we do have of Inari, she is know to use foxes as her messengers. She herself is sometimes depicted as a kitsune, a fox spirit that shape-shifts into a seductive woman. In one tale she sleeps with a rice farmer, who discovers her true identity, but remains quiet. She rewards him for his discretion by helping his crops grow.

My main focus is tracking down concrete information about kitsune and how to summon one. Because this deity has the most solid connection to them, the general theory is you have to go to her first to receive one as a familiar, similar to receiving a succubus from Lilith, or a Lamia from Hekate.

Statues of foxes are found around shrines to Inari all over Japan and usually have a red ribbon or some type of red marking around them. The color red is is associated with life and good luck, which also ties foxes to the famous torii gates. 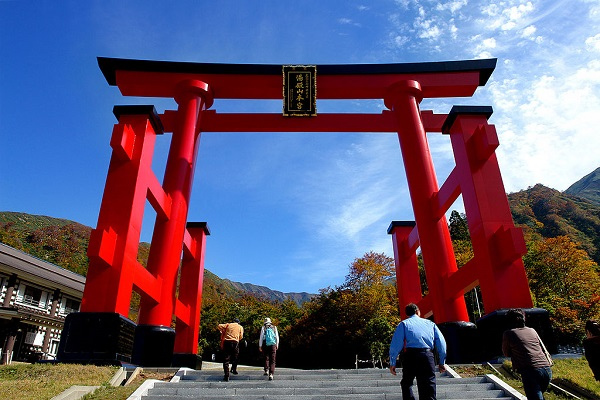 You can have a good experience or a bad experience based on which type of kitsune you run into. The Zenko(Celestial foxes) are said to be the messengers of Inari while the yako are the more mischievous type that are likely to possess a human or steal their stuff.

Both types are known to possess shape shifting, mastery of illusions, deception, and be extremely powerful fighters.

Summoning: It should be noted that in the Shinto religion, the kami are treated as nature spirits and part of the natural fabric of reality. So logically, they wouldn’t be trying to “invoke” them in the way I’m attempting.

Before I do anything else, I’ll take a bath, brush my teeth, do a smudging, and perform the shinto purification ceremony I’ve linked below.

The altar is set up in the north, because of the links to fertility and agriculture. First I call the watchers and cast a circle to avoid any trickery from false spirits. Then I light the candle and incense, bow before the altar, and do a prayer I’ve thought up to invite the spirit into my temple.

“I call upon the goddess of the eternally abundant fields. The keeper of the gates and giver of wealth which mortal ambitions crave.

Inari. Step forth into the temple of your disciple and illuminate your nature onto me. Be present now”

At that point I’m going to focus on the kanji for her name, which I use in place of a sigil. Because as we know by now, demonolatry is my hammer and the world is full of nails. When looked at the kanji and chanted the name of the Kami, trying to get into the trance state as I normally would. But my eyes were drawn towards the flickering of the candle. I stared into that instead, allowing my eyes to lose focus as I went into what I can only describe as a shamanic journey. My consciousness was transferred to an area covered and mist and I found myself in front of a large Torii gate.

I walked straight through the middle and ended up at an old school japanese temple. Rows of foxes were sitting patiently on both sides. A silver haired woman wearing a red kimono with white accents beaconed me to take a seat in front of her.

Lore describes Inari as the patron of blacksmiths, farmers, and merchants. What I hadn’t known before this was she’s also the patron of witches and sorcerers. Which makes sense of course, because kitsune are known to be centuries old and great at magic. She told me she can teach people how to gather wealth, and she demonstrated this by blending a bunch of herbs together into a pouch and planting it in the soil. An obvious reference to green witchcraft and herbal alchemy, which she’s also a master of.

Being a shapeshifter deity, Inari can also teach you astral shapeshifting, astral travel techniques in general, and can assist you in illusion magic that will protect you from your enemies. She’s also completely fine with helping you acquire wealth through theft. She’s much like Hermes in that there’s moral ambiguity involved.

The kitsune themselves feel like a mixture of earth and air. The ones I saw only had single tails, but they still exhibited human like intelligence. They communicated through telepathic “information dumps” rather than actual words, but I’ve been told the more powerful ones just outright talk. Anything that Inari can teach you, her messengers can teach you as well if you invoke them and meditate.

I mentioned above that lore describes 2 types of kitsune, benevolent ones and malicious ones. Inari made no such distinction. How they interact with you is entirely dependent on the individual fox spirit, just as it is with any human or spirit. She made it very clear that you shouldn’t try to fit things into preconceived boxes and blamed the remains of my “western mindset” for fostering these ideas.

Inari felt very kind and motherly, where being near her made my whole body warm. The closest thing I could compare her to would probably be Astorath or Lilith.

I still need to get into the specifics of how to summon the kitsune themselves, but this is what I’ve got so far.

My mind is blown, my friend. Thank you for this!! I’m very impressed, and will probably use this ritual in the future. I am truly thrilled.

But what kind of coins

Welcome @Secret_Diamond_63 It is a rule of this forum for all new members to properly introduce themselves, so please click the link below and tell us about yourself and any experience you may have in magick ie what you practice, how long you have practiced, areas of interest, etc:

From what I understand, there are (in Japanese lore) 13 types of Kitsune. BTW, Inari is equated with Dakini-Ten, who is originally a spirit known in Buddhism. The Dakini(s) are “sky walkers” or “sky dancers.” These spirits could be considered, in some ways, similar to the Fae (fairy folk) or angels or demons, depends on your view and the lore around the places such as Tibet, India and China is varied. They were considered evil apparently originally but you know how humans like to label things and get things wrong when they either don’t understand the spirit/being and/or “demonise” the gods/spirits/beings of others.

Dakini(s) who could be considered like Kitsune in some ways, were “demons” who fed on human flesh. They ended up making some agreement with some god or Buddha (sorry, I’ve been reading a lot and I can’t cite sources, you’d need to do some reading to confirm this) and they agreed to eat only the flesh of the dead - therefore related to cementeries. However, they have been said to be under Kali also. Jackals were the being associated with Dakini(s) - they are foxes in Japan as that is the closest canine animal to a jackal.

So, to sum it up, nature type spirits, I’d call them neutral, like most beings - not good or bad but can be kind or mischievous or even downright “malevolent”. You could make agreements with Kitsune but they required your life at the end. Sounds a bit like “demons” in a way. I’ve also read that emperors would have familial agreements with them to hold onto their power and the lore/magick would be passed down orally (?) through the generations. They are very like the Fae.

Hope I haven’t dribbled on and repeated myself either… Hope this is helpful. I’ve been doing a LOT of reading on these very topics lately.

That is very interesting. My only experience with kitsunes is Naruto lol. Nothing totally reality based…

Naruto had some things like the whole chi, energy work/manipulation, and of course some stuff based on real lore/etc just a fantasized version of it lol. Not realistic.

Kitsune are great to get to know, however in mythology Inari was said to condemn Nogitsune, but Inari is also said to if she wanted to change a person to a kitsune they would come out as a nogitsune. Nogitsune are also pretty interesting to experience.

All kitsune have 8 well known abilities until they gain their 9th tail and any other training is to cultivate each tail already existing ability, no kitsune reaches 10 tails as that is Inari the 10-1000 tailed fox Goddess.

How did you go about getting to know Kitsune?

Etheric projection, the ones that wander on their own and the ones within Inari’s pocket dimension, I was allowed to attend one of their celebrations where they were welcoming a new tribe into it

In lore kitsune have turned into things like a mirror, the moon, etc.

Djinn and elementals share the same capabilities of shapeshifting as kitsune as well.