Is it the real deal or delusion?

I guess it comes down to whether you consider an apparition or visual hallucination to be a full or true manifestation.

I operate on the idea that spirits are verbs, not nouns. So i look to acts as proof of their existence, not images or visions.

A manifestation to me is found in an action completed. When what i conjured for actually happens.

This type of thinking may be limiting, but it keeps me honest and delusion-free in my magick.

That’s another test: can they get shit done?

So there are ways to differentiate by some question, for example, @PrinceX wrote once about Hecate in his website, that he asked whether he conjured real Hecate or not and someone passing nearby yelled as " Hecate" - as far as I remember from his posts.

But certainly, if they look like clowns, that still can be real Goetia.

So they may choose to manıfest as clowns

I find that even when allowed to assume a form of their own choosing that they tend not to assume forms that deviate from their nature. Sometimes they even display a strong dislike to having a form structured for them that they find disagreeable. @Lady_Eva evoked the spirit of one of EA’s books and said spirit didn’t much care for the form chosen.

So there are ways to differentiate by some question, for example, @PrinceX wrote once about Hecate in his website, that he asked whether he conjured real Hecate or not and someone passing nearby yelled as " Hecate" - as far as I remember from his posts.

Thank you, actually I asked her to prove to me that she’s the real Hecate. Then someone yelled her name in the street, and that’s almost impossible to happen. The conversation was done by using the spirit box. No dropping mind or meditation or nothing. Classic EVP session with a psb-7

I expect them to. Is it really magick if you don’t manifest change in your life?

Is it really magick if you don’t manifest change in your life?

Nope. It’s something else entirely.

you drop mind, then they can’t even do that. An intelligence outside yourself is going to be able to give you gnosis on things that don’t originate from your own mind that can be verified. That’s just o

Yesssssss
My boi with the Quality Knowledge yet again

Especially if they are using a sigil

The answer to that is gonna be done in a separate thread. Patience.

I find it better that once you find the legit entity have them infuse their energy into your sigil and that makes it a legit sigil. Mainly because for example the sigils tied to the Goetia I highly doubt are tied to the real ones given many have created egregore versions of them so weeding through the fakes can be done and when you find the real one do what was mentioned above if they allow you. I had to weed through fake Lokis before I could get through to the real one, requested he charge my self made sigil and that helped in reaching out to him and not one that may share his name or the many cringy ones created by LGBT tumblrite lokeans, no offense to any LGBT people myself being considered the G in LGBT lol.

How does one know if they are conjuring a legit spirit

Here is my answer

I can’t answer one way or the other, because technically, the answer is both. It’s all fairly kabbalistic, but the Goetic spirits are both external to the self (macrocosm) and an aspect of the self (microcosm). So when the spirit shows up a certain way (excluding the ‘imposter’ situation, which stems from a lack of surety or faith in one’s abilities), the spirit is both an external being and an aspect of the conjurer calling it up.

TL;DR: Spirits are internal as much as external, because as above so below.

or else every spirit would show up as pizza delivery guy, my beacon of hope and light

Them: “Excuse me?”
You: “Nothing–you look like my cousin”

It’s all fairly kabbalistic, but the Goetic spirits are both external to the self (macrocosm) and an aspect of the self (microcosm).

That non-physical beings appear looking human or animal in form, with robes or crowns, seems so natural to people that no-one blinks an eye, because it acknowledges our primate sense of hierarchy and order. That’s pretty funny, because it’s just as much a niche obsession as clown attire.

There was a time when forged metal was a radical new technology and elaborate garb available only to the few, no real consumer market such as we have, if someone in your home or village couldn’t manufacture a thing from raw fibres and wool, or hides, you could not have it.

And then for a long time sumptuary laws tried to suppress the rise in supply, as well, a rise accomplished by the hard work of the entire population trying to build a better future, by attaching a moral aspect to consumption (a trend that’s arguably on the rise once more, as millionaire jetsetters with multiple homes preach carbon-neutral austerity for the masses).

Frankly if I had to deal with the kind of enquiries so many people seem to have for these mighty spirits, I’d probably favour clown attire over regal robes…

Though I do agree with the informative post this poll spawned, so I’m not trying to nitpick.

It’s actually both. We still need to fully recognise how utterly real the imagination is because consciousness is the only reality. 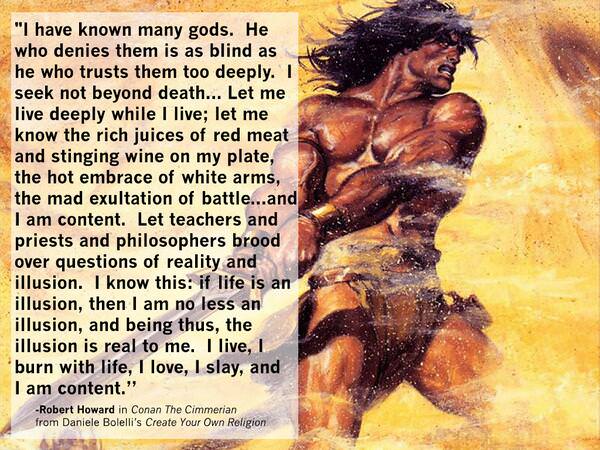 Its called the divine Fool for a reason. He isn’t really part of the tarot. He is outside of it. Maybe you should look more deeply into this topic yourself.