Initiation by the Lwa?

I was born into Santeria, Ifa, and Voodoo, but over the past few years I’m hearing that one must be initiated by someone (and not self-initiation). But here’s the thing: Papa Legba appeared to me back in 2018 in the form of the most F’ed up looking Crow I have ever seen in my life. It looked just like this picture…like someone put him through the ringer: 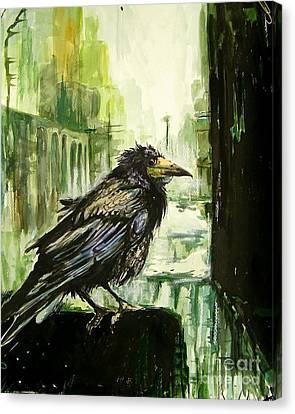 I learned that both the Crow and Raven are aspects of Legba and that day, he had a pack of Crows with him. Sat just mere inches from me for a few minutes before flying away. Later I was told by another dark healer that it was him making it known that he wants me to be initiated into Voodoo. But how is this possible? Advice is needed because it’s come to that point where I need to make a decision as to what path I should dedicate my life to. And if Legba initiates me, what would my title be? The Other Side stepped in to parent me (literally) when my good-for-nothing parents starved me & neglected me so bad as a kid. The most hurtful thing about this is that they used Black Magic on their own blood! And I KNOW for a fact that the Lwa did not approve of it. That’s just 5% of what I’ve been through. There’s much more, but that’s another story for another day.

Mmm im not sure
Usually invitation via another person is only require for a mystery school or society if you’re not interested in joining one id say do it yourself. If you are keen on joining one do it with someone.

You can get someone to initiate you or the Loa themselves to initiate you if they accept you. It’s a path that once you decide to walk it there’s no turning back. The Loa are strict in their pathwork, it doesn’t always require another human to initiate you when the very Gods themselves can do so. Just be prepared for what comes and you should be golden.

The Loa are strict in their pathwork

Possession is my kind of path.

The Loa possession isn’t the same case as what you are aiming for.