INCANTATION SUMMARY - I invite you to share all your incantations here :)

so can you both with with vampiric tentrels? And do i have to shout the words can i not just chant them?

any enchantment to attract women?

I’ve never personally used tendrils, but I don’t know if it would work or not. The spell is definitely for more so “sucking” energy into you rather than visualizing tendrils. Hope that helps 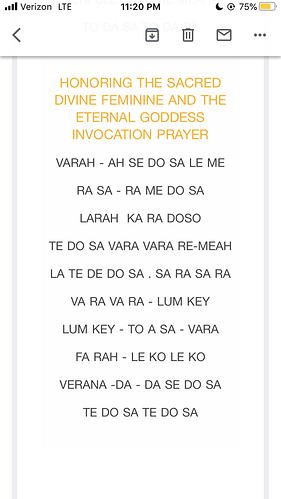 Warning: Read the whole post first before using this.

Here is one I channeled from my shadow that calls upon the power of ALL the Oni demons and combines the incoming power with your own innate Oni nature. The end result is you effectively become an Oni while still alive.

For those who don’t know, Oni are Japanese demons often compared to Ogres in western lore. The difference is however that Oni are highly intelligent and in addition to possessing unmatched strength and vitality, they also have very powerful magic abilities.

Historically in Japan, it was believed that particularly wicked individuals would become Oni after their death or in some cases while they were still alive.

In short, this incantation is magick that makes you an Oni.

My shadow had this to say about the incantation:

This spell calls upon the power of all Oni and your own innate but dormant Oni nature. Overall it makes you an Oni all your own. Not just any Oni but an EXTREMELY powerful Oni.

Be warned. Once you have begun chanting this and the transformation begins, there is no going back. That said, you will gain power unimaginable both while you are currently alive and after your death.

First and foremost you will gain strength beyond that of any human, animal, or object on Earth or in creation. This entails both superhuman physical strength, endurance, stamina, vitality, and longevity, as well as mental strength (vast intelligence exceeding that of any human being).

Secondly, your magick and thaumaturgical abilities will be enhanced to a point unmatched by any human sorcerer. This entails you will gain the powerful and miraculous abilities all Oni possess IN ADDITION to a great boost to the power of any incantations or spells you already know.

The main side effect of the Oni transformation is that it will result in changes in personality as a result of the vast power you will gain and the pleasure you will feel in wielding it. Do not worry as you will retain your free will to choose actions of your own accord, however it’s just that you will possess such power that you will naturally want to use it in ways that “polite society” may object to or strongly disapprove of. (Not that this would matter to a black magician).

Other side effects that start because of the transformation include reactivated growth plates and a monumental increase in appetites both carnal and food-hungry as well as your metabolism.”

I am personally on my second day of chanting and I have already felt physical sensations.

My shadow also says it takes 10 days (give or take depending on the person) to really start seeing results but that you may feel effects as early as the first chanting. He also stated that you may definitely chant it more than 10 times a day but it will still take 10 days for the transformation to really get going. Remember however that this is a permanent transformation but of course you wouldn’t be doing it if you didn’t want to become a super demon.

I’m tempted to try it but I don’t wanna become an ugly ogres after my death lol.
What changes are you sensing right now?

Well, keep in mind a staple power of the Oni is shapeshifting so I wouldn’t worry about your appearance if you have that power.

Personally, I felt what felt like a growing pain in the center of my back as well as similar sensations in my biceps.

Can you keep us updated with the evolution and the changes during the 10 days ?

Yeah so on Day 1 I felt physical sensations akin to growing pains in my center back area and biceps.

On Day 2 when I chanted the incantation I suddenly became very itchy all over. Heck I even took my shirt off. No discernible rash or visible condition on my skin however and it didn’t last beyond doing the incantation. I believe it was the effects of the energy flowing over me.

On day 3 I didn’t feel the same effects as I did before but I did feel rather hot.

On day 4 I had an interesting experience because I was very angry about something prior to doing the chant. When I chanted the words however, the intense feelings vanished and I felt calm and happy. I asked my shadow what happened and he said “Sometimes the energy goes where it needs to go”

5: Not sure what I felt but when I lied down to go to sleep after doing it I felt pain in my back

6: This time I got really hot despite not wearing anything when I did this and it was like 50 something degrees out and I didn’t have the heat on in the house or anything.

On a side note, I think my metabolism is up because I ate like three big pieces of very rich chocolate cake before bed and when I weighed myself the next day it was down almost 2 pounds from what it was a day ago which is surprising cause I didn’t change my diet at all.

Also like as of me writing this I’m feeling strange sensations that I have a hard time describing. I feel as if I’m growing out of my own body. Like a literal metamorphosis as if I want to burst out of myself. The feeling is especially strong in my arms and sides of my torso but also in the legs. Shadow says this is the beginning of stronger effects of the ritual despite the fact the transfiguration doesn’t start until after the 10 days of chanting. He said something like “first their will be turbulence, but this is necessary to get where you want.”

On these days I’m not sure what I felt when I did the chant, however it is now the 10th day of the ritual and I will be doing it later tonight.

A feeling I have picked up on today is a feeling I have an extremely hard time putting into words. It simultaneously feels spiritual and vaguely physiological. “Change” doesn’t accurately describe it. It’s more like I feel I’m on an energetic cusp of becoming.

On another note I briefly wondered if I should not finish the ritual and thus abort the transformation. I had thought about doing a Buddhist mantra for enlightenment. I talked it over with my shadow and ultimately decided I’m going to finish what I’ve started. “The transformation only begins once 10 days of energetic accumulation have built up. Then the magic truly begins and you will see great change in yourself and your abilities” he said.

About the Buddhist mantra for enlightenment, I discussed it with both my Shadow and a relative and they both said virtually the same thing: That I can do both. Things are never so black and white. There is true power in that.

Well it has been 10 days. According to my shadow the transformation has begun.

He says this evolution will carry itself out in phases.

The first phase which is happening as of this post, is as the energy rises and flows through the body, the power of my innate magick ability will become drastically stronger. Shadow keeps saying right now that I should do some magick right after I’m done writing on here.

The second phase will be, as Shadow described, it about “Health”. As the power grows, the body’s functions will become optimized. This will also lead to an increase of metabolism, immune system power, and appetites (carnal and food oriented).

“The third phase will develop your strength (both physical and mental) and miraculous thaumaturgy in tandem. This is where you will find yourself doing things no ordinary man can. It is here you will reach a peak of power unrivaled by anyone on Earth and rivaling that of extra dimensional god forms, such as Buddhas and Enlightened beings.”

The biggest thing I feel right now is an innate feeling of “difference”. It’s very hard to describe but when I just make my myself still and focus on nothing I feel different in a way that I’m “denser” on the inside. Like more solid.

I’ll keep things updated. I’ll be doing some magick, so I’ll document that in the next post.

Yeah, I wonder if it’s okay if I like archive what I’ve written so far as a long post on its own thread and just add other posts from there. While the posts I made are connected to the incantation, I see your point about it being it’s own thing. Also they might eventually take up too much room here.

Mate, keep us updated. I decided to take the leap. I’ll start doing this tonight

this evolution will carry itself out in phases

How long does each of these phases take?