I just made $15 doing Tarot readings

So here’s the story:

Today was my day off from work, so I decided to do a walkabout around town. I ended up going to Wendy’s to get some food - to go because it was nice out - and then I started walking towards my home… About halfway home there’s a stone wall next to the sidewalk that’s about two-three feet high, and I decided to sit there and eat it. The sun was shining and the wind was a light breeze, and it was a great spot to eat. After I ate I decided to walk to the park because it was nice out. I wanted to listen to music so I loaded up spotify and started playing ELO’s Mr. Blue Sky… I was walking towards the park listening to this and I started dancing a bit. As I rounded the corner on the street to the park dancing I saw an older woman sitting by the sidewalk taking a break walking her dog. I struck up a conversation with her and she started talking about how she had computer issues, and me being me, I offered to help. From there we went back to her apartment, I worked on her laptop a bit, and we started talking. Somehow it ended up on religion and stuff, and she told me that when I danced around the corner she thought it was the devil, to which I replied “You gotta have some sympathy” and then we laughed. I explained that I was a practicing neo-pagan and she asked about it. When I mentioned that I do Tarot readings she asked for one, so I gave her one. She was spooked and impressed. She told me I could make money doing tarot readings, and I mentioned that I was thinking about doing readings for money. She told me to come back to her apartment in about an hour, that she was going to call up some friends to do readings $5 a pop. I agreed, and went home for a bit. When I came back to her apartment, her friend showed up and I did about five readings. I ended up only charging for three of them and told her friend to spread the word about my readings.

I just made $15 doing tarot readings with the promise of many more in the future.

sounds like ya got a solid first kick to open the doors of opportunity. May many more avenues of success anand growth fall upon you. 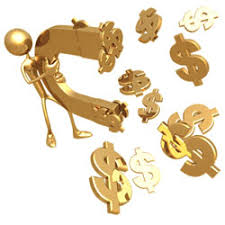 It seems my super-road-opener rite has been working flawlessly, and it’s not even completely finished.

the irony and timing of This

im in the middle of a 21 day road opener rite myself.
I love it.

How I structured mine, the first seven nights were to lay the foundation and groundwork, and the second seven were to empower and strengthen the results.

At the time all this shit happened, I was only on night two of the second seven. Tonight is night three (or ten of fourteen), and this all happened before I did the rite this night.

For me i am exploring a road opener ritual that involves a spirit fetish i got from Aighash. So far as i can tell it uses methods of scrying as a tool for sorcery and alchemy.

Not gonna lie, Its weird shit even to me

but is having results i posted a bit of the concepts in my journal thread of ya wanna check it out.

Road openers can be crazy shit.

Mine’s at 28% power, and it’s already arranging funny awesome bullshit like this.

thats a whole other can of worms im crackin open.

Just made $5 more. I could have easily made $40 if I didn’t be generous to get the word out.