Hello, just making this topic, to know how to summon The Olympian God, Hermes. Like I wish to know how to Evoke/Invoke the great Messenger God, mainly to help bestow some much-needed luck and healing (emotional and physical), well, a large number of things that I know Hermes can do. So, yeah I’d like to know any incantations that can summon Hermes? I found some Invocations from this site

Thrice-Greatest Hermes, Vol. 1: IV. The Popular Theurgic Hermes-Cult in the...


Though I would like to know if anyone had a better one or which invocation can best be used for summoning Hermes. Also, this will be my next pantheon on my list of God Pantheons, so, anyone here an expert on how to contact Olympians? Specifically, Hermes, though Zeus maybe the next Chap.
2 Likes
Keteriya January 5, 2021, 11:58am #2

I think @ReyCuervo has path working for Hermès, and most of the well known Green gods, though some won’t work for every user. I’ve been meaning to ask him for his Hermès par working myself- it just hasn’t been priority for me- I keep forgetting. Aside from that, I believe you can use his hymn.

For the Greek gods, their hymns work to summon them.

I think @ReyCuervo has path working for Hermès

I do. It has been studied by @Anassa, who concluded it does connect to Hermes and tried by @DarkestKnight, that’s how I know it is legit. But it isn’t out in the public just yet. More work needs to be done with the Greek pantheon. Sorry.

@ReyCuervo I assume you mean this Hymn? or another Hymn? 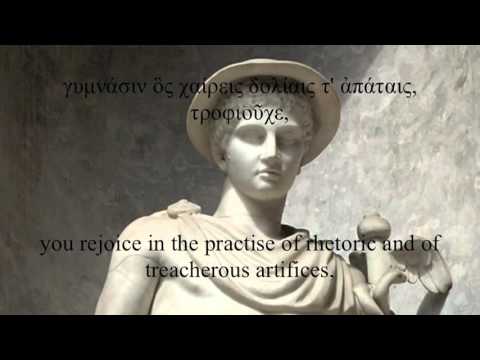 If so can I speak this in English? Not exactly fluent in Greek. Also when it comes to Offerings, what offerings should I go with? I have some Incense, but any edibles I can offer? I also sent @Anassa a message, still waiting on her, but figure she’s busy, so I patiently wait, though I’m planning to begin this whole thing Tomorrow since it is Wednesday, the day of Mercury. So, anything super important I should know before I begin?
2 Likes
ReyCuervo January 5, 2021, 11:26pm #6

I’ve never used the hymns, so I can’t tell you anything from experience. In your place, I would try to go as it is written, to minimize issues (they don’t care if you make a few mistakes with the pronunciation and so)

I also sent Anassa a message,

She logs in quite often. She’ll answer when she sees it.

So, anything super important I should know before I begin?

Yeah, don’t jump to the conclusion that you reached an impostor if he isn’t super serious, super formal, all business. He can be quite silly. And don’t mistake silliness for weakness. He is no jester.

I’ve never used the hymns, so I can’t tell you anything from experience.

Well, what have you used, just curious, because like I mentioned, first time working with Olympians after going to the Hindu and Norse pantheon, been hesitant to work with Greek Gods, because well I have Persian and Danish blood flowing through me, so wasn’t sure how to approach these legendary gents, who I do respect, despite their flaws (Hey, if I can respect Odin, Loki, and Thor, hell even Shiva’s flaws, then the Olympians don’t deserve any less than my respect).

With intent and the visualization of a series of images/segments of a story, I reach the spirit.

Don’t suppose you have a post with the instructions to use Visionary magick? I figure you just visualize the God you wish to commune with.

I figure you just visualize the God you wish to commune with.

No. You need something to activate a gateway to them, and to be sure it is the RIGHT gateway, otherwise you may expose yourself to impostors and such. Also, you’re not supposed to go alone into the astral realms (you don’t need an out of body experience to travel through the astral, not with this system, at least); you need someone to protect you and guide you. In my case, my two protectors and guardians are Raziel (for demons and angels) and Hermes (for everyone else).

I see that you’re very focused in doing this, so I strongly advise you to work with the hymn. It is a true and tried method to reach Hermes and has worked for thousand of years, it won’t fail right now for you. Go from there.

The kind of stuff I do sometimes get more into the experimental side of things.

Well, at least you give me some seriously helpful advice, as long as I know the Hymn is the best approach, there will be no doubt in my mind. So, do I need a picture/symbol of Hermes to focus on? Like his famous caduceus? and then recite the Hymn?

The kind of stuff I do sometimes get more into the experimental side of things.

Well, keep it up and share your results with those who wish to venture on this path. I myself, wish to learn more magical techniques and become a true Doctor Strange (yes, aware of the difference between Real Magick and Fictional/Comicbook magic) mainly possessing knowledge on overcoming or use the limits of reality in my favor. So, far Shiva shed light on my Inner Guru, and Odin showed the path of my ideal Shaman, and who knows what the Olympians will share. Though hope Hermes puts me back on the Hermetic path once more, I believed in their ideals but never practiced their rituals or spells yet.

If you’re going to use a symbol, ALWAYS use the caduceus, since, without going into things I’m not supposed to talk about, you can’t fail, there is no confusion and it does link to him.

If you need background music, other than the hymn, try Madonna’s “Ray of light”. Yes, I am serious.

If you need background music, other than the hymn, try Madonna’s “Ray of light”. Yes, I am serious.

Well, if you’re serious, I’ll use that in my altar for Hermes. Thanks for sharing what you can and are allowed to share, I will use your advice wisely. Though when you mentioned Madonna’s Ray of Light song, did make me smirk, but figure if it was worth mentioning, must be important.

It’s about speed. Things reminiscent of speed help you to get in the right state of mind to meet him.

You’re ready. Give the big man my regards.

You’re ready. Give the big man my regards.

Will do Brother, will do.

I found some Invocations from this site

I wouldn’t use these…

I’d like to know any incantations that can summon Hermes?

The Orphic Hymn to Hermes
(You can find an English translation if you scroll down.) 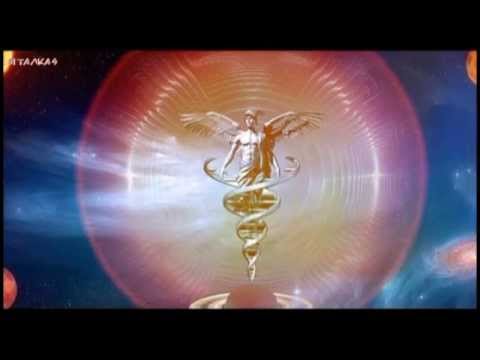 Hymn 18 to Hermes, To Hermes

If so can I speak this in English?

Yes you can. Every language though has its own vibration, but if its not possible, then its totally fine to use a language you’re more familiar with, intention matters a lot.

Also when it comes to Offerings, what offerings should I go with?

though I’m planning to begin this whole thing Tomorrow since it is Wednesday, the day of Mercury

That matters only if you plan to call him through the planet which isn’t so much efficient imho. But ofc feel free to experiment. If you plan to go with that, then you can use the seal of Mercury too. I’d propose you to use the seals from Jason Miller’s Advanced Planetary Magic, as these seals aren’t tied with any tradition.

So, do I need a picture/symbol of Hermes to focus on? Like his famous caduceus?

You totally can but its not necessary.

We must understand that Hermetism is more a philosophical approach to something…rather different than the original ancient traditions and religion.

@Anassa @ReyCuervo
Well, I recited the Hymn and while talking to him, I was feeling radiate, and it caused me to smile brightly in his presence, though I felt bad I couldn’t converse with him. That’s what else I wish to do, have the ability to communicate with spirits. Oh, I did give him, Rey’s regard! I just hope soon I’ll be able to speak to Gods and other spirits soon.

To be fair, Hermes IS quicker than a ray of light.

First time I summoned Hermes was through the divine light in my head, and he delivered very well and in the time he said he would deliver

It honestly doesn’t take much to summon entities, I always use an invoking pentagram now I just use my willpower