Hi everyone, I was doing some meditation the other day and the name Giovanni kept entering my head. After, looking for what this meant I initially couldn’t find much.

I just now found a video by Ashayana Deane and I was astonished by the significance of this.

Am I right to believe that Giovanni was part of the divine council?

Am I right to believe that Giovanni was part of the divine council?

Can you elaborate on who this Giovanni is, what a “divine council is” in what current, and what this means?

This doesn’t sound like a magickal topic and many of us here have not heard of such a thing, this being a forum for practical magick, we don’t get much new age discussion here.

Can you post the link to the video? The only thing I find searching yt is a music video.

The only Giovanni with occult relevance i know of is Giovanni Battista. Who did some occult philosophy and art.

Divine council being the ascended masters… if this video isn’t occult then I do apologise but I feel like it is as it talks about metatron, Elohim and many others. To me, itputs a lot of occult things together, perhaps from a different theological perspective to what you may be used to reading. 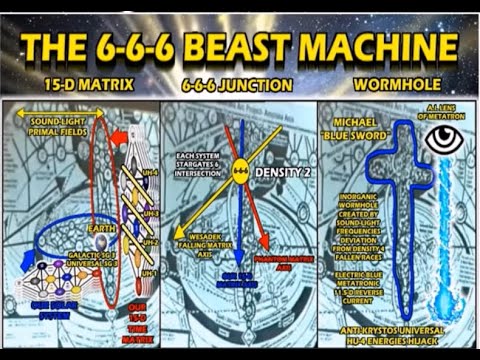 if this video isn’t occult then I do apologise

No it’s fine, it’s just not this forum’s usual topic,so there’s not as much about this here as there would be in a new age forum.

What we call this lady’s info in these parts is “Unverified Personal Gnosis”. Or UPG for short.
There’s nothing wrong with that, but it’s about her perceptions and her interpretation though her filters of the information coming through her subconscious. Without having this verified by at least 2 other people it remains an interesting theory. I never heard of these “Elohai” before, this is her invention.

Aaron Leitch wrote an excellent article on personal gnosis that I think everyone, especially noobs, ought to read. It deals with the proper place as well as the limitations inherent in getting gnosis directly from spirits. https://www.llewellyn.com/blog/2018/01/the-problem-with-personal-gnosis/

Another example is the work of Drunvalo Melchizedek who also telepathically communicates with Metatron. Very interesting stuff, and a lot of his work is teaching sound sacred geometry that is verifiable and “feels fright”… but some is also this same idea, of being pure UPG.

I don’t disagree with her in some respects, but I do disagree that the ascended masters are the Elohim. Ascended masters are normally humans, who have become enlightened, that’s why they’re ‘ascended’, which implies a lower state before. I also use the word “divine” differently: the ascendeds are not gods, though they are often equated with them, they higher beings. I do think that there are many levels of ascension, whicih she is calling dimensions,but again that’s now my UPG.
As for councils I hear there are many. The Melchizedeks, the White Brotherhood, etc.

E.g., one current thought on the Elohim is that they were the Anunnaki, who were not human. This is the “Ancient Aliens” theory.

I don’t buy into the idea that the ascended masters built this “matrix” or that there even is a matrix. But again, I’m not sure what she means by that as it’s her word for an energy she’s receiving and it’s not clear what that is.

The disadvantage this lady has, it this video is old and there has been a ton of new research by now that make more sense than this.

I’m also on the fence about these people that list off reptilian species and planets, as this is often misinfo from those who are anti disclosure so they can spin fear based control stories. It’s also contradicting other info from channels and whistleblowers. Sometimes it’s just pure LARP.

Also there may not be such a thing as black holes: that is actually a theory in physic never proven. Lay people take it as a serious fact, but it’s actually not. So right there when someone is supposed to be channeling higher being data and still speaks in human stories, you know you have ego mind analytical over lay and then you ask how much else is imagination?

I don’t know about this Giovanni, being an occultist I’d say evoke him and ask him in person.

Basically there’s too much in this that is contradictory, sounds made up, isn’t useful, and sounds like an ego trip. Sorry, that’s my gut reaction.

It doesn’t really matter what I think really: what matters is whether this resonates with you and if you can use it to the better in your personal practice. At the end of the day it’s best to take all teachers as great for ideas, but do you own work and your own meditations and soul journeying to decide what you really thing for yourself. Never follow a guru, especially not a human one. They are always wrong about something. It’s the nature of the beast, no pun intended.

Yeah I completely understand what you are saying but how I found this woman’s videos was due to a video I found where she explained astral projection
in a different way to others.

I’ve always been told to channel energy up from your root chakra to your crown however now that I think about it, I’ve never actually managed to astral project this way; only ever felt some type of ascension.

I’ve always projected the way she explains in this video but pure subconsciously.

Also, I think the fact that when I was just about to enter a dream like state and meditating on the exact area she explains is controlled by Giovanni-metatron, they were the words that popped into my head but I could not make out the second word clear enough.

I wouldn’t completely dismiss her ideas as I do not believe in coincidences. For her to be the only person who has heard of this Giovanni current and me get intrusive thoughts about it, is highly conspicuous…

For her to be the only person who has heard of this Giovanni current and me get intrusive thoughts about it, is highly conspicuous…

Umm, do you mean synchronous or suspicious? We do get people in the occult from time to time discovering new entities, and how you characterise them tends to depend on what you know as a human.

There are many trillions of entities and we have just a few dozen named ones, it stands to reason new ones get through from time to time. If E.A. Koetting can write two whole books full of newly discovered spirits to work with, then this lady can certainly come across Giovanni.

Given it’s human name it could be Giovanni is an ascended human who has retained his last incarnation’s identity. In which case, you could be feeling an invitation to contact and work with him.

I think the caveat is to watch for signs of parasitism if you do so, in case this is a way to reach hosts. Maintain your awareness of your energy body and spiritual hygiene and you can experiment and course adjust as needed.

I mean conspicuous as in it is clearly not a coincidence, for instance this woman couldnt have made this up out of thin air because I had the name in my dream/mediation journal before I even knew who this woman was. I know very little about the occult but the fact I had this name in my journal before I had watched anything to do with these kinds of theories must be of significance.

But thank you very much for your recommendations, I’ve never tried evoking or invoking spirits and not sure I am experienced enough to try. I went through a very bad mental health episode a couple years ago during lockdown/ my last year of university so it makes me a little more cautious as I don’t want to spark that within me again. Meditation is what got me out of it and the last thing I would want is similar energies putting me back into a depressive state.