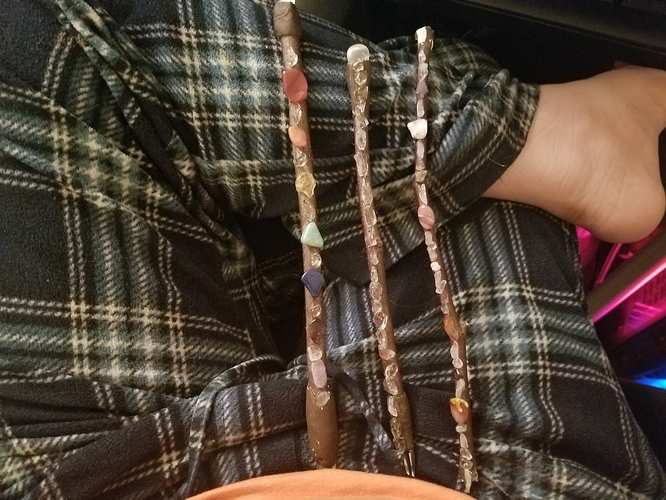 These aren’t mine, I want to make sure they go back to their designated home.

Hopefully everything is going good and the wands are back home with a thankful owner. But I thought it might be worth warning that an airport can be viewed as a cross roads. Personally I would avoid picking up anything especially a evidentially magical item(s) at airports, train stations, transit centers, bus stations etc. I dunno, maybe I’m paranoid but my mind goes to someone trying to ditch a curse or disease. But I suppose it’s equally likely they could be passing a blessing or that they were just legit lost.

They’ve not been returned, I’m going it another month, then I’m going to bury them. My boyfriend doesn’t know much about Witchcraft. Even though I’ve explained it a few times to him why he shouldn’t touch something even I use in my practice, as it disrupts a spell or ritual, he doesn’t understand. But I have the wands in a blessed box, and if not claimed for another month, I’ll bury it in the box.