First time magick really surprised you and made you awe

I’m curious. Would anyone like to share a story of the first times that doing magick really made you feel something different, like wow this really is the power! Or sth

Most if us wanted to get paid, or get laid.

I went for the latter with a few chaos sigils directed at specific women. Both times had an effect, I ended up alone in a car with one for a few hours out of the blue, the other one was a corporate chick who looked like Riley Reed and she kept touching my hand and holding long gazing eye contact all day during work. Completely unlike her normally.

It was small but had a noticeable change and I remember going home thinking “…this stuff works.”

Fast forward and I found out that alchemical changes and general spells are much more effective for getting the “wow…” factor. I’ll leave it at that hahaha

Interesting. For whatever reason I got drawn into more of like a path to enlightenment, and then after a while of reading and contemplating and stuff I got more interested in the magical and more specific things in life, like psychology, the occults, art, stories and so forth. It’s kind of hard to explain but anyway, it almost seems like we did the process in opposite ways cus now I’m the one trying to get paid (although that’s not all I want ha), while as before I was like I don’t care.

The very first magickal thing I did was an evocation of Belial and I felt him come into the room and I knew right then that this stuff was real and it wowed me how fast he came.

Once when my first curse went through and another when I could feel my energy and the top which I liked most is when I first etheric/spiritual projected.

Wow okay. You cursed someone. May I ask what caused you to do that?

There was a lot of drama early in my life and the individual that had a hand some of it I cursed.

Posted it a bunch of times elsewhere but when I first evoked Belial he heavily impressed on me that he would like blood on his sigil; I thought to promise the blood from my next random nosebleed (since I was not really into the idea of injuring myself to offer blood) but then immediately dismissed it since there was no way of knowing when it would happen and if I’d be anywhere near his sigil when it did. I had a nosebleed the next day.

Later I asked King Belial to delay a customer meeting I had scheduled in a pretty tight timeframe, like 2 or 3 days from when I made the request. That didn’t happen but after a week or two the entire customer’s project got pushed back by about 6 weeks, giving me much more time to prepare to deal with them in general.

I also asked in that same session to be ‘forced’ to spend a day at one of my employer’s other offices in my city the following week, again, on a very tight timeframe. Didn’t end up happening that week, but about two weeks later my boss told me I had to start spending minimum half my work week, every week for the foreseeable future, at that office.

King Belial has been the spirit who, for me, has given the most impressive material results.

In terms of other workings I would say Damon Brand’s Mystical Words of Power has had a terrific impact on me. It has dialled up my optimism to such an extent where I feel generally immune to stress, in control of my thoughts and emotions, and generally at peace with and highly attuned to myself.

On advice from the book I was reading at the time, my first sigil was for something innocuous with no emotional impact (to avoid ‘lust of result’). It was, “I will see a woman wearing red shoes.” It manifested within 5 minutes. I did it again the next day and it manifested 15 times in a couple hours. I was like, “SWEET MOTHER OF F—K! THIS WORKS!?!”

And then there was that time I invoked Lilith the first time. Lol. I got physically thrown down on the bed, pinned down by my wrists, and had a really not safe amount of respiratory distress. Like something pressing on my chest and sucking the life out of me. I thought, “Great, this is how they’re going to find me: Butt nekkid and asphyxiated. I should have a spotter.” 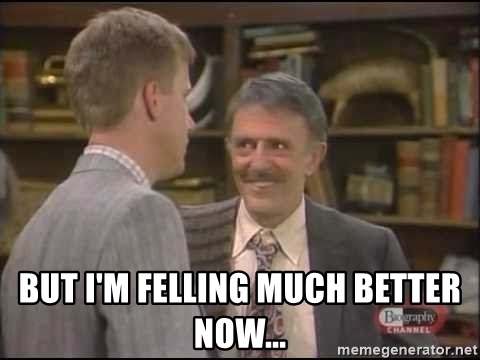 Wow epic story. For real. Wait, why did Lilith go crazy on you like that lol?

I was just thinking about how I’m not ready to give blood (I just assumed that it would always need me to cut myself or sth) and that gives a new way to do it ha. Giving blood makes me dam dizzy, bro I’m feeling it as I’m talking.

Some years ago, i did a baneful working on a person. This was the result:

What are the best entities you know of to bring sudden death to a person?

very interesting development with that. So after some time, i kinda forgot about the ritual…but recently, the target (who’s aware of magick) came to me with a dream he had of this entity that looked like it was made of fog/shadows trying to strangle him to death, and every time he tried to push it off, his hands would just pass through it. I didnt make much of it, but then i remembered the ritual i did and i read dra’talons description. According to the grimoire:

Dra’talon appears as a spirit cloaked in shadows,
only his ocean-blue eyes piercing the black fog that
surrounds him

Needless to say, i was shocked. He was able to defend himself though because he does know a thing or two, but it was validation to me that dra’talon was working

I have read and heard from others that sometimes she likes to bust a chair over your head the first time to make sure you know who you’re dealing with. Like the first day of prison.

When I first started, I was apprehensive about calling on spirits and doubted if any of my efforts would work. One day a backstabbing lying co-worker pushed me over the edge. I came home and made a sour jar. I had her hair, signature, picture and date of birth. I put all kinds of nasty things in it including goofer dust and my own urine. I burned a large, dressed black candle over it for many hours and asked any evil spirit who could hear me to curse her. I was so pissed off! Drank a couple gin & tonic and swore at that jar half the night, picturing myself slapping her and throwing urine in her face. I put the candle out and was going to continue the next day. When I arrived at work the next morning, I was told she had been flown to the hospital around 3 a.m. and almost died from an appendicitis. Then she had complications due to weight and was out of work for 3 weeks. I honestly didn’t think it would work because jar spells seemed lame. I learned that intention and emotion are extremely powerful.

It was this year, some months ago. I was against all odds, but I asked Orias to make someone change their minds and contact me. Three days later, it happened. I went from bored to euphoric as if I had just won the lottery, jumping like a madman!

It may not be the coolest thing ever, but at that point “coincidences” were piling up and this was, seriously, next to imposible. So it was an eureka! moment for me. Magick has to be real, there is no other explanation.

Be aware, I have been an atheist most of my life, I have a serious issue with faith and belief.