Exomental projection isthe ability to allow yourself to enter the minds of others through meditation and fight someones battles. This is not a messaging system because rarely will you ever make contact with that person within their mind and even if they do they will have no memory of it the next day whether inside or outside of their minds. Exomental projection is fun and scary at the same time and there is not much you need to know to do it but a lot you need to know to master it.

Exomental projection works the best right before you go to bed but can be done any time you are able meditate, you can not use exomental projection while being really active, but you can use it while standing, sitting, or laying down, but you don’t want to move too much.

Exomental projection can be done by using a mantra here is one I use as an example:

Repeat this to yourself while meditating with your eyes open in order to enter your own mind and fight off any fear you may have, you know when it is working because the world around you will suddenly be your mental realm, all of which you will see natrually with your eyes completely open.

To project yourself into someone elses mind you can use a similar mantra to the one above during meditation but with a slight change.

But don’t worry too muchEditEdit

Speaking of ShadowsEditEdit
Your shadow leads your fear, shadows don’t necessarily have to be your fear, it actually can take the form of something you like, but that doesn’t make it a good thing. Shadows are very powerful, more powerful than any fear and can cause you the most pain of anything you will face in the mental realm.

Other usesEditEdit
You can speak with alternate personalities of those who have them.

You can save someone’s sanity if you are powerful enough or drive someone insane if you choose to act like a Shadow.

This power can be used for thrills and excitment because you feel immersed there is an actual sense of danger and you can feel the rush of fighting fears. Especially if you can transform.

WeaponsEditEdit
I don’t know if you can carry over weapons you have on your person to the mental world but if you can transform you might have weapons then. Ask your guardian if you can transform, you will find him near your Globe, which will be where you will see fears attack most of the time. Some people actually have weapons in their minds you can use, they may not be intended for you, but that doesn’t mean you can’t use them.

I imagine what I’m saying, I imagine my mind becoming a computer and I imagine the other person’s head as a floopy disc entering the computer.

High ControllersEditEdit
Some people with lots of mental control can create their own creatures to inhabit and protect their minds as well as create structures and mazes. If you are in the mind of someone who does not like you and they are a high controller you could be in for the fight of your life. High controllers also can make rules that limit what a “runner” can do in their mind.

RunnersEditEdit
Runner is the term high controllers use for people who exomentally project themselves into people’s minds, this term may also be used by guardians or shadows, I am not sure if this term is used by fears because fears normally don’t talk much.

Fighting ShadowsEditEdit
Shadows are supremely powerful and I don’t recommend fighting them directly if you don’t have to. Learn what your Shadow’s weapons are, and learn how to use your weapons to counter his or hers. Shadows are not limited to your mind and can travel across your mental bridges if you are not a high controller, they have immense strength and are skilled with their weapons. Master your weapons and collect weapons from other minds and you will stand a better shot at beating your shadow. Some shadows can’t die because of rules set by the high controller and must be imprisoned.

Imprisoning Immortal ShadowsEditEdit
I have heard guardians say the shadows are immortal, but I don’t think all of them are. In any case you can imprison an immortal shadow by using their weaknesses against them. If a shadow can’t fly but you can, you can trap it in a deep trench. If you can open rifts in mental space (some mental realm weapons can do this) you can trap a shadow in the rift. Some shadows however charge their power in rifts and come out of the rift more dangerous than before. If you use your head you can come up with tons of ways to imprison a shadow, the problem is doing it under pressure.

Super powerful weaponsEditEdit
In the minds of others you can find weapons that allow you to do anything, these weapons only work for a limited time and in some minds that are controlled by a high controller are not allowed by the rules. During the time you have these weapons you will be able to do anything as long as you can control the weapon and the weapon still has powers. Some high controllers will make all your enemies more powerful if you have weapons like this, making fighting fears more challenging.

Fights against these other psychic powersEditEdit
Xacrokinesis and timorkinesis use fear as a weapon against people, by using exomental projection you can overcome the effects of these abilities. Exomental projection is a neutral ability but this is one of the ways it can be used as a light ability.

If you still don’t completely understand how to do itEditEdit

More about GuardiansEditEdit
Guardians are entities in the mental realm who protect your globe, they are passed down from your father’s side. If you have a child (and you are male) your guardian will leave you and a younger guardian will be put in it’s place, women keep the same guardian forever.

What do I do when I enter the mental realm for the first time?EditEdit
Find your guardian and learn as much as you can from him or her. Your guardian should be near your globe, which is where your fears should be going. So just follow your fears to the globe and help your guardian fight them off. After helping the guardian you should talk to him or her and you should learn the basics.

I am very active and can’t stop moving, which is keeping me from projectingEditEdit
If you seem to be unable to stop moving, I suggest sitting with your back against the wall and your legs crossed, put your hands on your legs and begin. If you stay like this I can’t really see you moving too much. Be careful though with your back to the wall, you may want a cushion behind you in case you are attacked and have a convulsion. Keeping your back straight will help with your breathing, which may increase your focus. Breathing while visualizing and saying the mantra help you a lot when exomentally projecting.

How painful is an attackEditEdit
It is an involuntary movement that hurts. Your leg, arm, and body will bend and twitch and there willl be a stinging like you were electrically shocked.

That is how it is when you are hurt, but it is only for a moment.

BreathingEditEdit
If visualization and the mantra aren’t helping try breathing with the mantra. Do this by splitting it into two parts.

This may help you improve in exomentally projecting.

Breathing is also important for trying to move yourself while exomentally projecting. When you move in the mental realm you do so by feeling your breaths and moving them in the direction you want to go. When you breath out you can feel a pole of air go up through you, you can move this pole of air in any direction. You feel the pole when you breath out, if you keep breathing out you should feel the pole.

I am so close, my vision is blurring but I’m not actually entering the mental realmEditEdit
As your vision is blurring try mentally moving forward, not physically, but mentally, while visualizing and doing the mantra. Also when doing this do not force your vision to blur, the physical world will naturally blur over time.

where Jet learned a self hypnosis technique that allowed him to enter the mental world. His improvements on this technique is what we today know as Exomental projection.

Remember EMBVA, and you should be able to exomentally project. 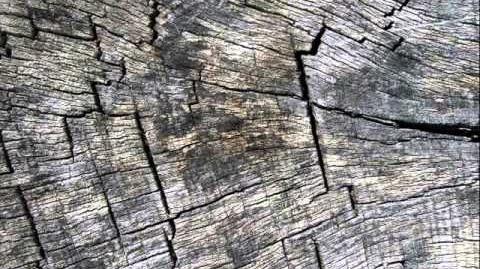 Gamification_of_Exomental_Projection Exomental projection is allowing yourself to enter the minds of others through meditation and fight someones worst fears. This is not a messaging system because rarely will you ever make contact with that person...

Thank you for sharing this amazing guide! It will definitely be used by me both for baneful magick and healing.