I have been trying really hard to gather Intel on the so called 'Demon’
Abaddon, or Apollyon[Apollo?}. I would figure it would have been abit easy as while reading about deciding who one should chose for a Matron or Patron I had this immediate and Incredible ‘burst’ opening my mind to Abaddon. If anything the research trying to find out more about him (as is the counsel) has shown me there is about less known about him than I ever could have conceived. it also said to try and choose one in sync with your own personal element. not really sure what that is but thinking if anything Fire makes all the sence in my world. So I have some questions. and hope The Master EA can throw me a lightbulb or 2.
1- my Element. I am an aug 16th 05;30 am Leo. always have been one who falls into a trance very soon after a candle is lit- very lustful over fire, and when it came to outdoors survival camps etc- fire was my magick and inevitably became my assignment.
2- Abaddon seems to not have a sigil- I found a squiglle some guy made up which I feel ok about, but if someone knows of a sigil for him I would really appreciate it. b- is it ok for me to make a sigil which I can use just for me and him purposes- or should I perhaps wait until I do make contact and get his guidance?
3- I found an Enns for him, I am wondering if there is a particular language he would respond to better?
4- Are there any grimoires or books or guides or websites which may have a dedicated portion to summoning or evoking him?
5- any counsel on magick circles? should I here others which would work just as good ?
Thanx- if I missed anything- please feel free to fill me in.

Here’s his sigil, unfortunately that’s all I really know besides the most obvious.

Necro would be a good member to chat with about.him.

[quote=“MichaelSmith, post:2, topic:2081”]Here’s his sigil, unfortunately that’s all I really know besides the most obvious.

Those are the sigils EA has personally used to work with Abaddon, they should work fine.

Thanks ever so much- that should bust me through about any obstacle I worry about- thanks so much. feel free to contact me- ANYONE- at my email [email protected]

How about “allegedly” then?

Remember these were done by EA, not me.

James was your question directed at me? I don’t think you can find these ones as they were given directly to me from EA. The story is I will be working with one of these guys very soon and during a consult EA sent me this file with the sigils on it. He said I could post it on the forum if I wanted. I don’t believe he has put them in print, they are from his personal notes.[/quote]

Wait… This isn’t our private message…

FDM as much as I love sigils and enns they are ultimately unnecessary. They do help, don’t get me wrong, but what will really call Abaddon is your intent, your will. I wish I could help youand post a sigil, and if you want one I know that Necromaster and Zach 555 have worked with him, good luck.

And, while we’re on the topic of the sigils of the four gatekeepers, here are the rest of their real sigils, not the BS above: 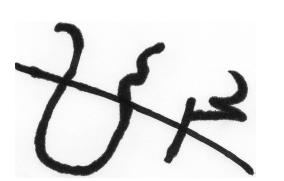 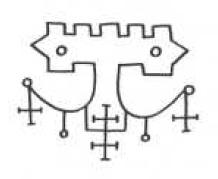 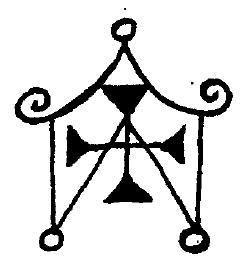 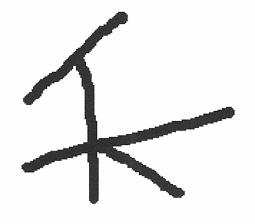 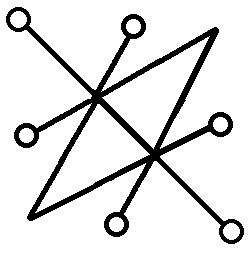 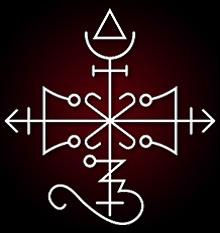 The sigils are around, why craft fake egregoric sigils?

Alash tad al’ash tal ashtu, The holy cow has shitted on the crossroads.

Alash tad al’ash tal ashtu, The holy cow has shitted on the crossroads.

I agree, I thought you didn’t like the Dukante sigils Elison.

I agree, I thought you didn’t like the Dukante sigils Elison.

But I didn’t say they don’t work. 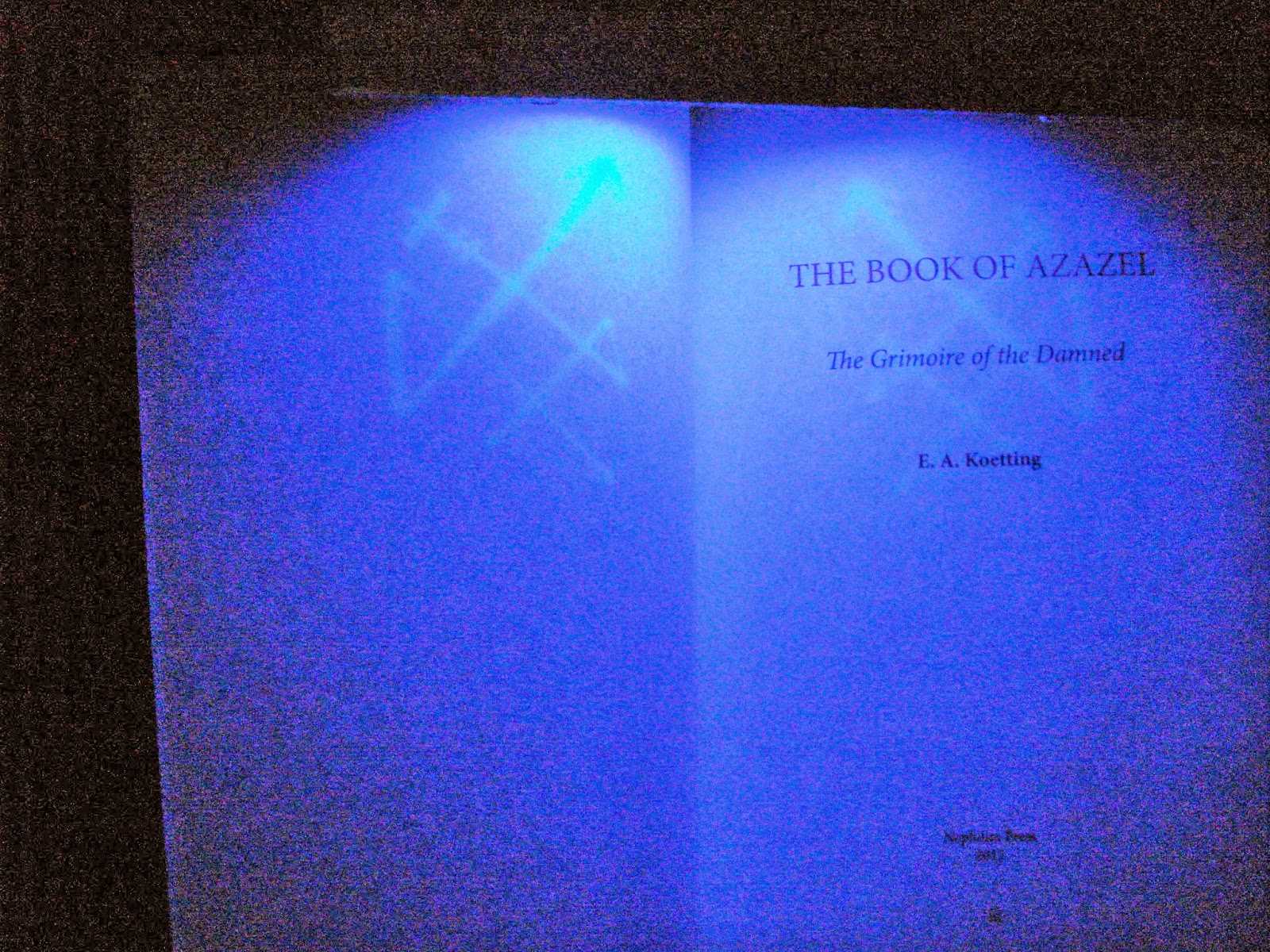 Oh hey, speak of the devil, poets back

[quote=“Elison, post:12, topic:2081”]And, while we’re on the topic of the sigils of the four gatekeepers, here are the rest of their real sigils, not the BS above:

I hope you’re being sarcastic.

Those sigils are taken from unrelated traditions from all over the place, of which for more than a few of them there are strong grounds for suspecting somebody pulled them out of his arse. Ah, yes, those ancient demonolator families that somehow only exist in America and possess a hierarchy of the Goetia containing 72 spirits just like the incomplete one of the 17th century Lemegeton. Sure. The first Amaymon one is Poke Runyon’s, by the way. I will refrain from passing any explicit judgment on that actor. Watching his frankly blasphemous ritual ceremonies to Baal and Ashtoreth on Youtube should be enough to convince you of his sincerity. Care to tell us what makes all of these ones “real” as opposed to EA’s? Or have you just shown yourself to be absolutely clueless as to the magical tradition from which knowledge of the spirits Amaymon and Belial derive and in your ability to distinguish the independently real beings of the djinn mythos from the egregores of modern magicians, like so many people wandering these parts? Yeah, I know. We can all evoke Mickey Mouse. Or Ladilock. Or Kermit the Froglatash.

You know, the fragmentary hierarchy of the patchwork that is the Ars Goetia does not begin or end with that book, or with the English language. No. It’s remains are scattered through unpublished and untranslated European manuscripts which supposed master magicians don’t even suspect exist. And it isn’t mere invention. It is elegant, and logical, and Hermetically sound, and works because it provides you with the key elements of the tradition which Weyer expunged from his Pseudomonarchia on purpose to render it comparatively unusable. Europe has a tradition of goetic magic in its possession, related to the djinn mythos of Asia which is itself found in ancient Indo-European mythologies from that region, that is every bit as structured and powerful as that of Vodou, or Palo, or Quimbanda. Some people are rediscovering it right now, instead of pseudoscientifically pontificating on how many angels can be imagined to dance on the head of an astrally matrixed quantum pin. That’s what I’ve been doing since I left. Burying my head in old books, and in my hands and on my knees trying to connect with these forces. And that’s what I came back to say.

And the best part is, if you order now, it can be yours for the one-time price of only … an unused table, a glass, and a few weekly offerings to a handful of spirits. But wait, if you order within the next 666 days we’ll throw in a free altar cloth and a bottle of whiskey.

I hope to see you and all sincere magicians there.