Do Demons Have Compassion For the Black Magicians and Why Are they Helping Us?

For example say hypothetically two Black Magicians have a feud and they conjure the same demon in order to harm one another.Would that demon then only respond to the request of the older,more experienced Magician who has been working with that demon longer or would the demon favor the younger Magician who has more Strength, more Commitment and stronger Will?(or is there other criteria for choosing between the two?)
Is there also a possibility that the demon won’t fulfill the demands of both Magicians when he realizes that the Magicians are using him for the malevolent acts against each other?Would some demons Care for the other magicians that are not in the know of other’s trying to harm them by invoking that same demon?

First, and foremost, please introduce yourself to the other members of this forum before starting a topic. You do it here:

Now, lets move on to your questions:

For example say hypothetically two Black Magicians have a feud and they conjure the same demon in order to harm one another.Would that demon then only respond to the request of the older,more experienced Magician who has been working with that demon longer or would the demon favor the younger Magician who has more Strength, more Commitment and stronger Will? 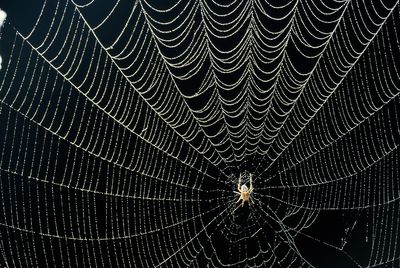 Do you see the spider in the middle of it’s web? As an analogy, pretend that spider to represent the Core Essence of a deity, a God or a Goddess, King or Queen. The web itself represent all the masks and aspects of that particular deity. All of them is unique in it’s own ways, but they’re all a part of the Core Essence.

Let’s say you have a personal grudge with me, and we’re working with the same deity but different aspect of it. You start by planning and plotting with the deity, and whatever aspect that deity represent for you, it will vibrate to the center of the web, sending notifications to every aspect and masks it wears. The message is received, so it gets political with diplomatic interventions between several spirits, guides and aspects/masks of the deity we both work with. And let’s say they’re all came to conclusion to abort and dismiss your request. I’ll explain why it, theoretically, failed.

With intervention from my spirit guides, spirit wife and the specific aspect of the deity I work with and probably from other spirits as well, they came to conclusion to dismiss your attacks. It caused a conflict of interest, so they made a better deal to satisfy everyone. Why do you think some people doesn’t get affected by curses? Politics.

There’s even cases were demons have refused to harm other magicians, even without explaining the reasons. It’s possibly because a conflict of interest with repercussions could occur if the demon agrees to harm that specific person. Or that other aspect/mask of the same demon have a personal interest of your enemy. It could even be in love or have merged or given rebirth to your target. Which basically means if the demon hurt your target, it inevitable hurt itself.

I was wondering a similar thing myself actually. Why would such powerful beings, beyond our comprehension, be kind and helpful (too helpful more often) to humans who can be quite primitive and destructive.

I may ask this the next time I contact a spirit.

i think @Lady_Eva made a post about it. I suggest using the search function to look for the article she made.

Looked through her topics and couldn’t find it

Why do the demons what to speak to us? New Magician Help

this come into my mind. I could speak to the demons about it but I thinking to ask the different people about the thoughts on my question

Check out @Lady_Eva 's replies to that topic. I think that should help

There’s an old story about a man who summoned the devil to help hin win a duel against his enemy. The devil gave him a sword that could not lose, but he also gave the exact same sword to the enemy. When they fought, since neither could lose, they kept fighting until both their hearts gave out.