I’ve been running into a lot of practitioners (mostly in my daily life), who can manifest spirits, manifest their desires, but cannot divine. Which isn’t very good. So here I will describe a few methods of divination that are very simple and easy to learn as well as answer some questions anyone might have.

There have been many forms of divination within different groups and cultures. Some are
-Runes
-Cartomancy, which is divination through cards which I will get into.
-Skrying through mediums such as smoke, water, darkened glass, even peoples faces, and darkness.
-Palmistry
And more.

Cartomancy
Cartomancy is divination through the medium of cards to perceive unknown information. Or even known information. You can divine through, the Tarot, an Oracle deck, a deck of playing cards, even a Trading Game card deck.

Something to note, is the difference between Tarot and Oracle. Tarot is a divination card deck that consists of 78 cards, grouped into two major categories, Minor and Major Arcana, representing The Fool’s journey into enlightenment. In the Minor Arcana, there are four major suites which are as follows: Wands/Fire, Pentacles/Earth, Swords/Air, Chalice/Cups/Water.

An Oracle Deck, however, does not have that system, rather it is varied between different creators and usually requires some deep introspection and intuitive work after drawing the cards to get the desired information in my experience. I personally use both Tarot and Oracle.

When you choose a Tarot or Oracle deck, look at decks online. Pick a deck that you’re drawn to, then look up the cards on Google Images. Why? Because this will tell you how well you resonate with it. There’s no sense in obtaining a deck you’ll never use because you don’t like it.

The next step, is connecting to your cards. This can be done in a few ways.

One method is carrying them where you go. Personally i don’t like it, because you can damage the cards which then you’re out 15 or more dollars and out a divinatory tool. Secondly, it’s not practical especially if you’re at work or something. However, I advise you pick what suits you.

The other method I know, which is my personal favorite, is doing a meditation journey into the cards. This let’s you familiarize yourself with the energy of the cards themselves, without the blinds of the meanings the author has personally given. You get to know each of the 78 on a more personal level. If you choose to do this, I advise you not only to meditate on the uprights but the reversals. Also, to surrender yourself to the experience. Because, this let’s you perceive the energy without placing any sort of preconceptions or limitations, allowing something more intimate to take place. It gives raw experience rather than blinded experience created by human limitation.

^the above, is a powerful initiation in of itself.

The third, is what I call gazing the cards. I personally have yet to do this but this is something I know of.

See, the Tarot, is littered with symbolism. The idea is to examine the cards and get to know the symbolism.

Ultimately, Cartomancy will also require that you do research on the individual tarot cards. (or whatever card deck you choose.)

I will update this as I have time and to prevent too much of a wall of text.

How to do a Cartomancy reading
Like before, there’s more than one way to skin the cat. 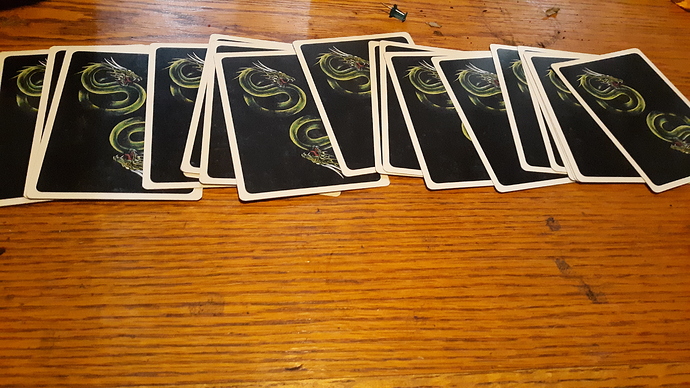 Now, silence your internal dialogue. Focus on your question. The pick the allotted amount of cards for the spread you’re using. I’ll be demonstrating a yes/no aka past present future spread. Pick the 3 cards you’re drawn to. Then flip them FROM THE SIDES. Like in the picture. This isn’t a real reading. 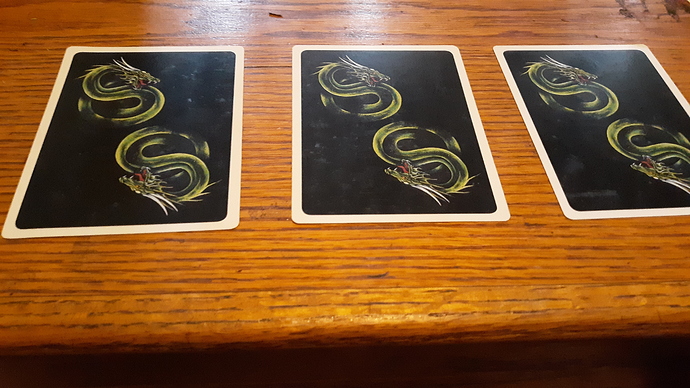 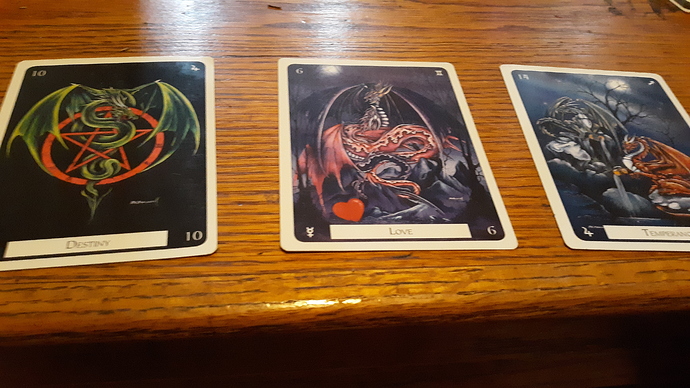 Proceed to then interpret the reading based off the position of the cards, what slot in the spread that card is in, what that slot represents, and based off of the question itself. As I said, very effective, very easy. There are many spreads to practice with online.

To get quick and easy practice, I suggest drawing a card a day for how that day will go. See how accurate the card is for your day.

Fun Fact
Did you know that Tarot and Oracle Cards can be used in Spellcraft? Each card has an intent and meaning behind it. That same card can be used as a fetish or tool to direct intent in your rituals. For example, if your intent is prosperity, The Sun, 10 of Pentacles and others are excellent choices.

That too. That’s very correct.

omg what is that deck

That is the imperial dragon Oracle.

oh ya, I heard of it Now I know what’s next on my wishlist

Heavy bump, good information. My tarot are reading negatively and the only time I got any good feelings off that deck was when my oracle deck was nearby. If you have the time I would love to hear an update

Yeah i probably can tomorrow

Awesome! I will look forward to it xD

Has a really good, septenary based system of reading.