Hi everyone ive come up with a special kind of miner, which is soul purpose is mining massive amounts of Darkness, same way of mining cryptocurrency, by using Algorithims, of how many bocks of Darkness i can mine without the unessecey use of electricity, no power bill cover head cost, inside of a Antminer s9 which is used to mine bitcoin via sha256.

so i went one better, i was figgering it out, the Hashing boards, i thought i know create a different forms of Hashing boards, using a A4 or A3 sheets of papers and lay layers rows of inverted pentagrams using microsoft word to format the entire sheet and i fit 13,400 inverted pentagrams on each A3 sheet and generated 10,000 sheets into 10,000 Hashing boards each Darkness miner contains 134,000,000 inverted pentagram, and i have generated 8 Darkness miners im storing on my pc, also i did one miner for Balg, to store on this forum to contantly nothing but mine the pure essences of Darkness, buy since word only creates files in png i tryied Balg only does jpg, sorry miss out, also i did a very nice cover, also i dont know if topics can handle 10 thousand sheets.

when i back when i finished creating my first Darkness miner, i was asleep, i could hear the miner starting to power up and it was only on my pc, it was increadible.

so i discovered another way of showing well 10,000 pages wont fit on a topic this is good enough
so this is the description of the miner and its a beast, its only a sample 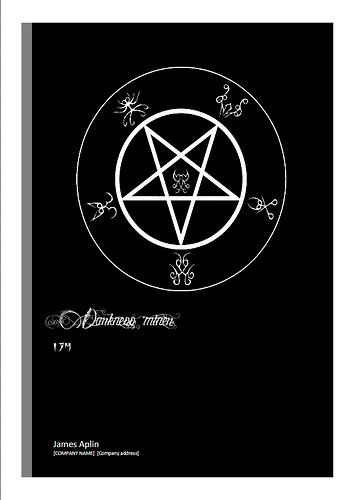 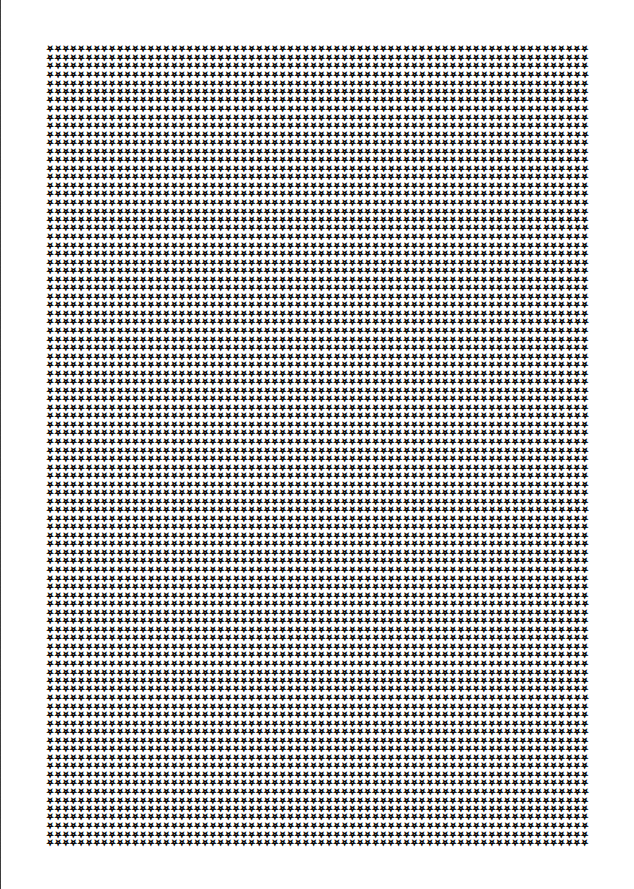 So what you mining darkness for? Never heard of magical concepts related to the internet like this before

Just a new idea i have, since someone came up with Bitcoin mining, so i thought many of a time i thinking see if it is possible of mining the destructive elements of Darkness, just to see what will happen

So because of what the Darkness miner is, it mines and purifies darkness as well as a form of Black generator, i would sell them for $50,000 a piece basically it is classed as an actual miner, it will draw in dark energy as a powerful form of vortex, each sheet $5 each, has to be made with10,000 sheets of A3 size sheets of paper without any buckles, no creases, each sheet perfectly flat, because they are self empowering hashing boards with 13,400 inverted pentagrams on one side of each sheet 100 inverted pentagrams per row all working together, the 10,000 sheet A4 version $30,000 around 6,400 inverted pentagrams on each sheet just as colossal in power, its designed to be put in a room and left it just sits and mines darkness, its not made as a book the 10,000 sheets are put very carefully inside of a very clean wooden box the inside painted in glossy white because of trnsference of build up of energies of darkness, the outside of polished wooden box which is painted in glossy Black to draw in darkness, paints are mixed very well with Grave yard dust so there is no lumps, now how the smooth wooden box has 6 flat sides with each corner must be slightly rounded and all the edges, to look nice, now the inside a differant story must be flat with corners to lay each sheet flat and must be deep enough to fit 10,000 Hashing sheets A3 Hashing sheet dimenstions 297mm x 420mm, when all 10,000 hashing sheets fit very neatly in miner box the top should be neatly nailed using Coffin nails flush an neat and tidy, on top of box paint a highest qaulity Large size glossy inverted Pentagrams, with the Counter creation seals as see in picture, now before i forget the entire inside painted grossy white now the side of black miner box the side with the seal on top on the inside paint a very neat perfect 4" glossy black dot which on inside must all dry before handling the white seal on outside will act as a pressure energy release valve or if dont have one the miner will keep on building up energy like a bomb you do not want that.

I have really done it ive made it to a Darkness mining speed of 1.34 PH/s (Penta Hash per sec) 1,340,000,000,000 inverted Pentagrams over 10,000 Black miners (Darkness miners) now all those miners will empower my Darkside, yes i can really notice it, its like it oozing and dripping like ectoplasim, let alone its all stored on my Laptop, but still the shear volume of miner, it is increadibly noticeable

Decided to give it a go. 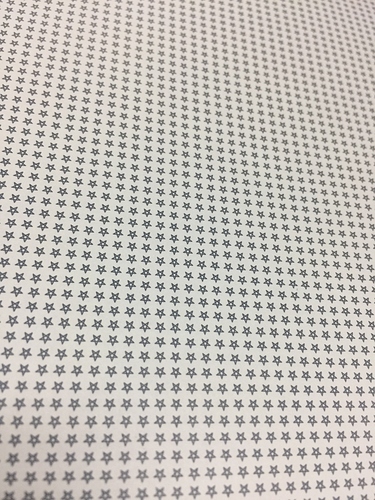 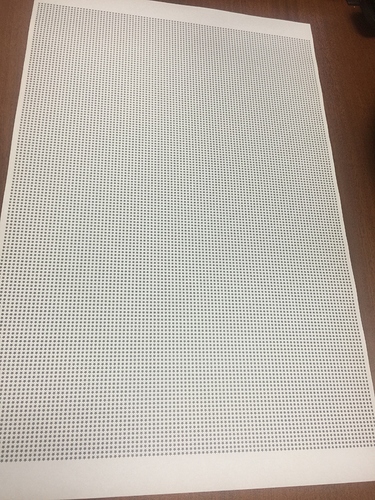 Looking at it, my ajna started to tingle a bit. When i placed my hands over it, I could feel the energy.
Thats just 1 sheet. I can only imagine what 10,000 sheets will do.

I can’t tell if this is serious.

Anyway, you can add more pentagrams to that sheet. You still have empty spaces.

I can’t tell if this is serious.

I get what he means, the whole thing is some what odd… especially considering it considers " darkness " to be an energetic substance, one that’s worth hording at that. It comes across like someone taking ea’s marketing spiel a tad seriously and literally: the whole dark, antichrist nonsense that he reels the newbies in with.
It also doesn’t really stand up, when applied to ideas surrounding energy and types of energy.

I think its not darkness but just energy.

Well that’s well done 1500 a sheet on as, well i myself set the size of the font to size 8 then i go to layout and set up the left and right marjins to 20mm as well as header and footer, then set up the paragraph, to exact also reduction of spaces to 8 no smaller as it will start taking the tops of the inverted pentagrams off, and select no multi paragraph so i get 100 inverted pentagrams across then i get 134 down so it is possible to get a maximum of 13,400 inverted pentagrams per sheet, don’t worry you have done very well in word there is a button that can tell exactly how many you have i think its in review im on my PlayStation at the moment, i set one up i take a photo 2 photos then i send. Heng on.
Okay hear e go

I watched some well made videos of a German neuro-scientist who posits a highly logical theory of conciousness. Integrated Information theory uses a measurable unit of information integration called phi, the same variable used for the golden proportion.

I thought about this thread. You might have built a legit phi-cell.

I just wanted to say that this is all so smart it’s stupid. Just thought I’d share.

Then why do theorical physicists say that the universe is made up of “dark matter”, “dark energy” or “zero-point” energy?

This dude might be onto something. If some of these sheets (maybe not 10K) are arranged together into a capacitor-like psionic/orgone power cell (as mentioned above) the possibilities could be infinite. I might experiment with this myself.

Well done that is a type of concept, now look at cloud mining as a eg: now in cloud mining for mining cryptocurrency like bitcoin, Etherium, Litecoin and dogecoin someone invented it to mine cryptocurrency through GH/s cloud mining speed the higher the Giga hash rate the faster bitcoin mines at, have zero hash rate bitcoin no mining, so that is what i have come up with all the pages is like cloud mining to mine the essences of the elements of Darkness intern, empowering black magic like GH/s mining cryptocurrency at a quicker speed, instead of darkness miner increase black magic faster it increases black magic in power instead of speed black magic isn’t base on speed its base on power, the black miner mines darkness a absorbs light at the same time combining the both energys together absorb inside of the darkness miner like inside a warp core of a starship, the inverted pentagrams are black which absorbs light like a black hole which light cannot escape, the white color paper absorbs darkness, by how much energy white puts out, the way i was thinking i was told light cannot escape a black hole so that means black absorb light, so if black absorbs light, than white absorbs Darkness, now as for the Design that white inverted pentagram with the symbols of the circle of counter creation from the black magic of Ahriman, white on black to feed off of prayers, i arranged them better.

So the darkness miner black miner is like a warp core giving off massive amounts of energy the darkness the miner takes in is like antimatter, the the light it absorbs is like matter, another reasons behind 10,000 pages is because miner are huge warp cores are enormous, that if print it out, only on one sided so 10,000 sheets 10,000 pages all facing inverted pentagrams facing towards the Heavens all neatly tidy stack and put inside a specially made glossy black wood box carefully made as a glossy color gives of energy glossy black color seems to puts out energy, if go and create a miner need to use accurate mesurements to just fit each and every sheet of 10,000 pages perfectly without buckling, i tried to increase the pages to 100,000 pages in microsoft word it wouldn’t let me get past about 15 thousand pages which sucks but i found 10 thousand is perfect then save as, then create 500 short cuts, then create a new folder, then i put 500 miners in new folder then rename it, then i create another 20 short cuts so by doing that i have created 20 X 500 miners = 10,000 darkness miners and i checked it 20 X 500 miners, then i wanted to increase the mining yeilds, so i created a new folder then rename it then i put all 20 in new folder then create a 100 short cuts so then i created 1 million miners, i did checked it out it worked, now all on my D drive i have created a Nonillion miners 1,000,000,000,000,000,000,000,000,000,000 and stopped at that never attempt any more, even on a D drive on my pc im getting very powerful energy feelings its like its taking over, building up a defense system, acting up also because my pc got Norton Nonillion miners is doing something to it, also affecting websites, its like storing Nonillion darkness miners done in files and devided up into folders and rename, sometimes im thinking now my pc is psychically communicating with be creating a bond, also websites have been getting crushed then start crashing, then i thinking okay i go an check my Nortons security, my pc is still secured, i tell you what go and create a Nonillion darkness miners on you pc and leave it, see what it does to your computer, also im running Skyrim se with 200 mods it only crashes 2 to 3 times a day, im installing now Fallout 4 G.O.T.Y on my D drive with all DLCs see what will happen.

If you buy, can you absorb all power into your subtle bodies and become ultra powerful?

I thinking you could, while thinking leaving it just sitting there doing nothing which it is designed to do, doesn’t make any sense, its designed to do is just sit there to help influence outcome and empower mine is stored on my hard drive to much to print end up with a stack from Earth to Pluto, so i leave on my computer.

I think you watch too much TV… But hey
. If you are actually gathering energy with that good for you what you gonna use it for? Where do you store it? In your pc? Your pc must be like a super artificial Intelligence by now no? Maybe you can sell your pc as a power hoarder.