i know it’s crazy and odd

but somehow, it connected in my mind that both are very close to the Mother.

maybe they serve, in actuality the function of releasing the power of magic to flow.

i can not substantiate this with any scriptural evidence of any kind.

there is a creature which resembles Ganesh in The Mythos, but i don’t think like that’s really that. for now.

the Old Ones are, in my megaverse-view the Permutations of Self. So are all the other god-forms.

in that respect, does anyone think that Chtulhu and Ganesh could be heavily connected?

that connection came to me in a ritual state of mind. on a mundande level, i would discard that thought.

Can you be more detailed why you are associating theze 2 Beings? What characteristics do you notice that stand out? Any visuals?

In India, when we bring Ganesh idols at home, after a few days the idol is immersed in the sea or a water body because it’s said that his mother awaits him in the water.
You are definitely on to something

Welcome @St.Luci It is a rule of this forum for all new members to properly introduce themselves, so PLEASE CLICK ON THE IMAGE BELOW and tell us about yourself and any experience you may have in magick, such as what you practice, how long you have practiced, areas of interest, etc: 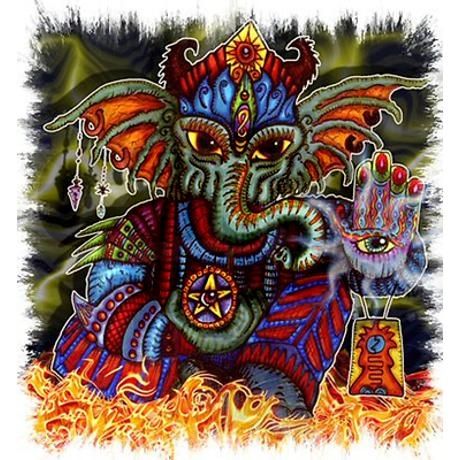