I’m continuing to connect with Belial more and more, and although on some level I’m scared shitless by all of this being revealed to me, I’m simultaneously excited! Before I get into the update, as a quick reminder on my working with Belial so far, he first came to me in a trance about a week after I tried to evoke him. He took a form that looked like this: 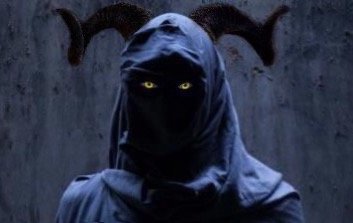 And he showed me a symbol at the same time, although I admittedly still haven’t figured out what it’s for or what it does: 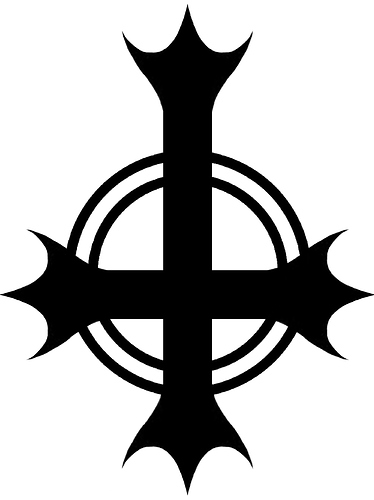 Also, I suddenly had an almost foreign thought the other day connecting Belial’s sigil with Feynman diagrams in particle physics. I’m not sure if it was my own conjecture of if Belial led me down that path, but here’s what I came up with. His sigillized Feynman diagram describes a physics that I don’t understand: 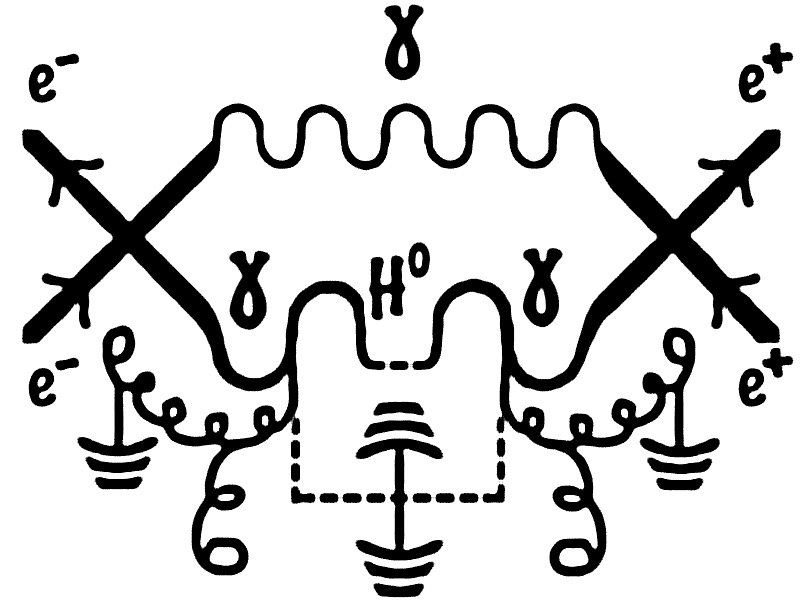 Now for the update. Today, I lied down for a nap at 9:30 AM for a couple of hours. Before I fell asleep (I am certain I was awake), I experienced something of a sleep paralysis. And I saw something… but I can’t remember exactly what it was. All I remember was that it appeared in place of a large plush dog I have in my bedroom. I distinctly remember not being able to move and feeling both terrified and amazed as Belial revealed himself to me. He may have said something, but I don’t remember. I wanted to write it down, but I could hardly move and fell asleep afterwards.

Do any of you have advice on remembering an episode like this?

Bump. Anyone have tips on meditation exercises or other methods for remembering a forgotten trance session? Any help is much appreciated!

I get the frustration of this. Personally I get back into trance, and set my intention to deliberately go back in time to pick up at the last point I remember. If nothing else the information can be repeated if not remembered. It might come out in a different order, or over several sessions amongst other information.
If you got it once, you can get it again.

I guess that makes sense; I suppose I was a little concerned that Belial would be irritated with me for having to repeat himself.

In alternate news… I had to move that plush dog. Having it stare at me while I sleep, knowing the experience I had… it’s unsettling.

That second symbol was shared with us by lady Eva as a symbol of protection.
So I would assume Belial is trying to tell you not to be scared.
Belial has really intense energy, but he’s really alright. Super helpful dude. I was scared of him too before we started working together

That second symbol was shared with us by lady Eva as a symbol of protection.

Interesting. @Lady_Eva can you verify whether this symbol is similar to a protection symbol you’ve shared before? Looking forward to hearing your thoughts. Also, here’s a more accurate rendition for you to look at: 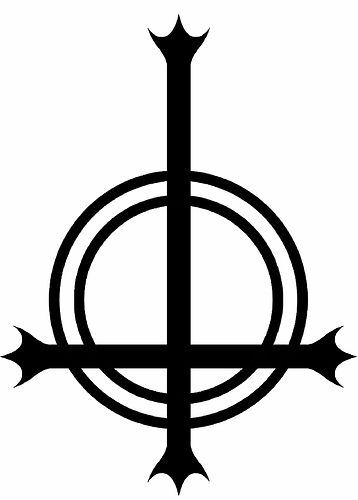 It’s about 2 ½ feet high and was sitting on a shelf. It’s very cute until you see it’s shiny black eyes staring at you in the middle of the night lol

So I would assume Belial is trying to tell you not to be scared.
Belial has really intense energy, but he’s really alright. Super helpful dude. I was scared of him too before we started working together

That interpretation makes sense. I’ll try not to be.

Mm… I may have fibbed. I didnt realize the top was longer than the bottom. The one she sent was equilateral.

And so the hooded figure I know to be Belial finally took down his hood and revealed a human form.

It was an interesting experience that I had last night, actually. At about 8:00 PM, I was thinking about Belial and being afraid of evocation (still occasionally creeps me out to think that there’s something on the other side of this reality), and I had a distinctly foreign thought. Belial told me that everything was okay, that I was safe, and that he would not hurt me. And then he said, “you know the words”.

I immediately knew that he meant for me to use E.A. Koetting’s Incantation to Summon Forth. So I did, and I saw that robed figure again. But this time, he took down his hood and revealed himself. I saw him as a young man, perhaps 30 years old, who had medium length black hair, a short black moustache, and a neatly trimmed black beard. He was strangely attractive and gave off a kind yet primal energy. I asked him if he would help me. He said yes. Then he put his hood up again and faded away into blackness.

One thing that I find very frustrating is that I saw his face so clearly, yet now when I try to recall it, it’s much harder. I’m a shitty artist, so I can’t really accurately draw it. If only there was a way to photograph what one sees in the mind’s eye! What do you guys do to try to remember experiences better?

Huh… Last night he revealed himself in a dream for the first time, and I wasn’t even thinking to evoke or invoke him. Never worked with him either and I never heard his voice, yet I knew its him, he has a very…special voice.

I was told inverted cross between eyebrows unifies all parts of the brains, making it to work alot more efficient.

The symbol is a upside down cross which is blasphemy.

It could be used in a jehova banishment

I’m a shitty artist, so I can’t really accurately draw it. If only there was a way to photograph what one sees in the mind’s eye!

I would like to ask him to reveal this form he revealed for you so I can draw it! Would you mind asking him that? I will be asking him myself but it’s more helpful if we both ask!

so far he showed me his beastly and shadow form! That I have posted on my drawing journal!

Just as I was reading this thread (and a previous Belial thread) the power went out in my neighborhood right in the middle of everyone’s Thanksgiving dinner. Interesting coincidence, though likely unrelated…or perhaps not

Welcome to the forum @Mihaela_Onofrei. Please take a moment to click the image below and introduce yourself:

I have no experience with Belial either, I wasn’t even thinking of evoking him, nor have I ever made contact with him. But the other night I dreamt of watching YouTube tutorials from the BALG community about how to evoke Belial. I wonder if this may be a sign. I’ve never evoked a spirit before. I’m still prepping to evoke Lucifer. Maybe I received a sign that I should consider working with Belial, one thing is for sure; I wasn’t interested in him before, but I certainly am now after I had that dream.