@Lola, the thing is, that baby will be in your reality firstly before any other reality. There is no possible way to harm a baby unless he, himself give an access to his child but I don’t see a point why would he do that. Actually, there is a way where someone may enter in that area but you really have to be weak for that, and I don’t see why would he do that if he is weak mentally. So, I am pretty sure that he knows what he is doing like I said. Personally, I created my own spirits and I am still doing it (since I have a lot of plans in future) and I still never ever faced any issue that will cause any type of harm to any of my spirits nor I would allow it. So, I believe that he wouldn’t allow that as well.

Only reason why I said that this idea is funny to me is because of genders that are so simple to see even in our, physical world. So I never said that it is impossible to create your own spiritual child, I just said that there is no need to make things complicated by having “pregnant male entity” which is obviously not a part of masculine nature. But yes, both sides are able to create, just someone would take that creation too literal instead to make it more simple and “how it really is”.

It is complicating things by saying “Male vs Female” entity. When you narrow it down it is all just the same. You are just simply creating an Entity. However, when it comes to an actual Real World PHYSICAL Female giving birth, the mechanics are vastly different than simply creating an energetic form.

You are right @KissOfTheDragon at some point. But keep in mind that the light will be never as same as the darkness, nor will be male and female polarities. If you ever compare female to a male and say that it is the same by structure then you should look at elements that are connected to each polarity and then realize that it is not the same fully. There can be always some balance between both but that still doesn’t mean that nature of one is the same as another, it would make no sense. That is why balance exist in first place.

But basically, when I first time mentioned “an egg”, I meant on something like this: 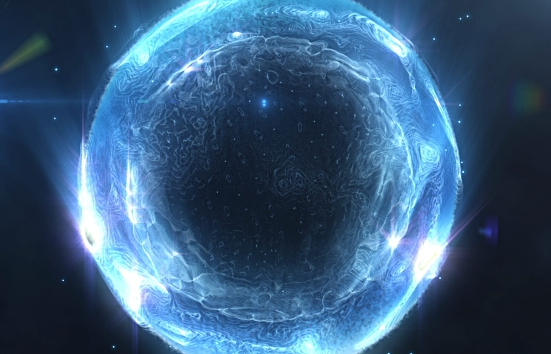 E.g. It would be literally like a part of your own energy (literally, a shield) that will protect your child while he/she is in it… instead of… y’know.

Yes, but first The Spirit enters the egg of the female. At that point the baby starts to be concieved (on the physical level), so it is essentially being nurtured by Physical Forces. Not the same as creating an energetic form. Ontop of that… its SHIELD or WOMB is on the physical level, being nurtured by physical essences over a long period of time (within a years time) so it has a decent natural Stabilizing Medium to which it can mature in… where the energetic child matures at a greater rate than if they were disturbed by a lesser shielded medium. I mean from another POV the quality of The NEST as well as all the Food and Loving Care that goes into the nest does make a difference which at the end of the day only a female can provide. Energetically speaking… on the informational level there is the Imprint that we were brought into this world by a Mother… and if a created human soul was brought into this world by a MAN then on the unconscious level everyone would be able to perceive it and it would add a sort of odd feeling in some cases… or just different. I guess I am saying one should also consider the pattern and content of ones “IMPRINTS.”

So if you want to do things properly, it takes the Love between a Man and a Woman to make it work. This is essentially what many occultists like to do, called things like “Creating Moon Children.”

@Flame personally I think I have way more male energy than female energy in me, so according to you I could only have a child with a female spirit and I couldn’t be impregnated?

Im going to have to disagree as my astral form can take on both genders and yet be neither. So i would say it quite possible to carry demon or spirit child to term.

When lucifer the emperor of Hell and azazel and belial the king of hell tells you it’s the perfect way to conceive a child since I’m a male close to the femine aspects such as the moon, my inner alchemy has been changed over the course of seven years to prepare for something like this.

What a load of Hokum…

Very intriguing. If a magician was to have a child with the most powerful entities out there… would that result in a “Super-God”? It would make for an interesting experiment…

This is very interesting

This isn’t new, but not very talked about. They do this in some Magickal orders and other groups.

9 posts were split to a new topic: Can an entity imprint on you?

What was the outcome of this , did you ‘give birth?’ I’m intrigued

This was 10 months ago lol. But in short yes he gave “birth”

Daemon birth The carrying of my daemon child was only a week but it felt like eternity. The side effects I suffered were abdominal pains, vacuum in my navel and in my sacral chakra. Including feeling dizzy, nauseous and sick all the time, obviously having a living spirit in you draining you constantly of energy it will fuck you up. My whole energy body and chakras are completely fucked, but working through the BMOA will help with this. The Delivery So I called upon lucifer, Belial and Azaz…

Oh damn I was way off lol

Time flies when your having fun. I only know because I was grabbing the link