Can someone evoke my lover servitor?

Hello, today I finished my sexual servitor’s (Ophelia) letter of intent, and then I performed the Light From The Dark ritual from Damon Brand’s book, Magickal Servitors. I did it on her sigil multiple times. Here is the sigil I made for her: 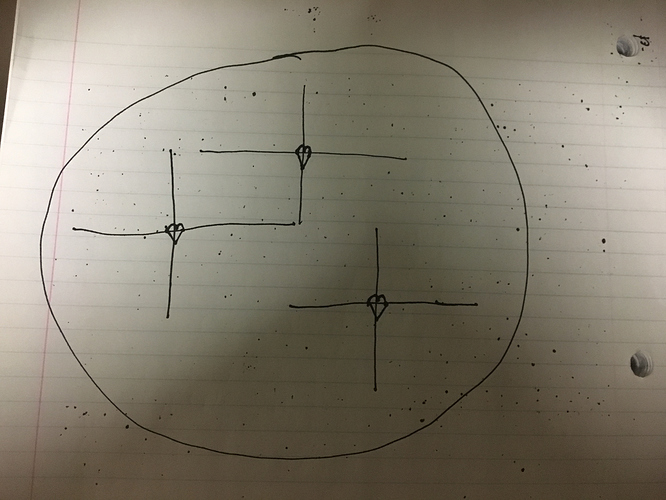 Ophelia Servitor Sigil 1.jpg4032×3024 4.5 MB
The circle is ideally supposed to be fully round and the lines for the +s are supposed to be straight but otherwise this is how I want it to be. It’s based off the symbol for her personal skill in Fates, and since she’s a sex servitor, I put hearts in the middle of her stars. In case you’re curious to see what I’m basing her sigil from, here is what her icon for her unique skill:

I hope she works and is very kind to all (again, assuming that she works). Results from her sigil (if any) are appreciated. BTW, if she does work, I wanted to show a friend who doesn’t do magick or the occult. Any tips on how I would show her to a normie or tips to the normie so he could contact her on his own (again, assuming this works)?

In case you don’t know, I’m a newbie at the occult. If you don’t manage to evoke her, please tell me what right wrong so I could fix any possible errors. (Note: if she doesn’t appear at first, try calling her name 3 times and then say “Luminary Uppercut!”

I’m curious. What exactly is this “Light from the dark” ritual?

She’s alive congratulations, I contacted her I simply just said hello and she said hey.

Strangest yet shortest communion ever, give her blood, semen and feed her more attention she will grow greater.

It’s from a book titled Magickal Servitors by Damon Brand, a book where I learned how to make servitors. This method involves you visualizing your servitor with his/her/its eyes closed, then you visualize the inside of your chest like it’s a seemingly endless void just like our Universe (except completely empty-no celestial bodies at all), and then it brightens up until you breath out that light toward your servitor and/or its sigil and then you visualize that servitor opening its eyes. It’s similar to the BIblical creation story where God breathes life into Adam and Eve when they’re clay.

Yay! I’m so happy to hear that! Does she not talk much or is she introverted or shy? I’m introverted and she came from me, that could possibly be the cause if I’m that’s what you mean to say, although my personal hypothesis behind that would be because servitors don’t have much of a mind, especially recently-created servitors I assume.

Should I put my blood and semen onto her sigil? Would it also help if I masturbated to porn depictions of her and then put the semen into her sigil since it would be aimed at the idea of her, which is basically what this servitor is? A lot of people think she’s the hottest waifu in Fire Emblem, would it be possible to have her feed off of the energy and/or sexual fluids from all the people fapping to her? If she gets greater and I open my astral senses more (something I imagine I have to do on my end), can I have amazing sex with her like many people here describe experiences with succubi, or even appear as an apparition on my command even if I didn’t write that in her [original] letter of intent?

With that said, could you or someone try to see if you get my servitor from this sigil? What do you get from this? 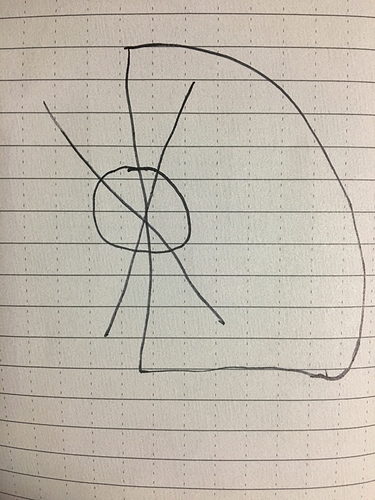 That’s so interesting. I would do something very similar while creating my own servitors. I just didn’t have a name for it. I didn’t like my results so I ended up drawing them instead and commanding the servitors to take on the likeness of my sketches. I will try this version though.

New to occult and already creating a servitor, that is great! I should look up servitor creation too.

Excellent work. Ophelia seems like a nice girl. A bit flaky, though. She showed up to me in one of those cutoff t-shirts that show her navel and in a pair of the “Daisy Dukes” denim shorts.

That’s so interesting. I would do something very similar while creating my own servitors. I just didn’t have a name for it. I didn’t like my results so I ended up drawing them instead and commanding the servitors to take on the likeness of my sketches. I will try this version though.

That’s a good idea! Could I do the same thing except print out illustrations that are not my own?

New to occult and already creating a servitor, that is great! I should look up servitor creation too.

It is! I feel very accomplished! However, it looks like it’s easier or at least quicker to create a servitor than open your astral senses. I probably would get much more fulfillment from servitors if I found a way to open my astral senses. Maybe I should try to evoke Sastan or Lucifer, I heard that those demons are good helpers for that goal…

Excellent work. Ophelia seems like a nice girl. A bit flaky, though. She showed up to me in one of those cutoff t-shirts that show her navel and in a pair of the “Daisy Dukes” denim shorts.

Interesting! I visualized her having the outfit she wears in Fire Emblem Fates and Heroes, but I’m glad to see her be independent with a mind of her own and wear what she wants to wear! Did she look like this (minus not wearing the sorceress outfit in the image of her linked)?

Could you give some details of her so others will know what to expect. Just in case it is a murderous servitor

. Just some heads up for the folks.

To feed her you can feed her blood or semen. Summon her first then offer the blood of semen as an offering.

That’s a good idea! Could I do the same thing except print out illustrations that are not my own?

Definitely. It’s all about your intent. Whatever picture you use though, your servitor will most likely behave characteriatically like whatever form you’ve given it.

I imagine this is avoidable with meticulous programming, but it’s still something to consider when regarding the form they assume; especially if it’s the form of something that already exists.

The first sigil I posted is supposed to be a loving, kind, Waifu who loves sex, the other one however might be a tad threatening…

I think have to buy Daemon Brand’s book to find out. Imagine the power of creation in your hands…

Your losing me bout to flat line here lol is it like a person separate from my self?

A servitor is a spirit created by the magician.

There are many theories about what exactly they are, depending on what your particular belief about spirits is, but you don’t have to know to create them. They are used a lot within the Chaos Magick paradigm.

I have used Daemon Brands servitor book to create several Servitors.
I find the process to be very enjoyable. It was also addictive. Once I started creating them.

Some of the results I’ve had are quite amazing. Then some did not work out the way I intended.

If you have an idea for a servitor, by all means create it. They can be programmed for anything. Your desire to create it is the only permission you need.

In keeping with this thread I have not tried a lover servitor yet.

Ordered his servitor book on Amazon and on its way.

Let’s experience magic through our own hands and intention.