I’m currently utilizing the sigil for Amaimon/Amaymon/ Maymon from Clavis Inferni … with the half circle and the 7 rays. I’ve also seen people use the sigil of Amon in the Headless rite. Now, there seems to be a split of opinions on this forum on whether or not Amon and Amaymon are the same. Its seems in the Goetia, many beings are under Amaymon… and he is listed as a great King, but his sigil is not shown in the 72. Amon is however listed, as being a Marquis, definitely not a King. I have been using the sigil from Clavis Inferni… just curious for clarification, differing opinions… and further reading on King Amaymon… as he is not listed so decriptively in the Goetia/ Grimoires I have read… Likewise, King Paimon is listed as another name of Azazel in some Grimoires… Yes? Or no… What is your experience? 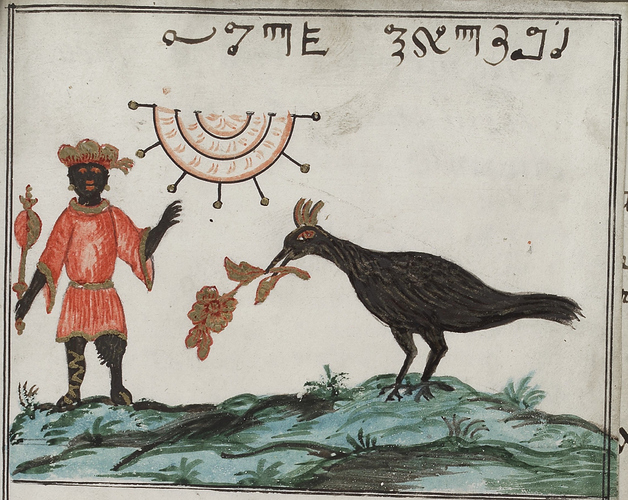 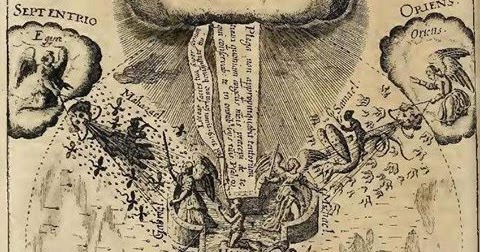 The Four Kings in the Grimoires Tradition

A Journey into Ceremonial Magic

I’m doing a row of “contacts” with Azazel, in occasion of the next one I’ll ask him permission to write his explanation of the difference between him and Paimon…

Thank you! Looking forward to hear back

(if allowed of course)

I also asked some more details, after the original explanation there are a question and answer from a short while ago.

“Paimon is the Guardian, like me; just of another, different aspect. I prescind from the logics of men, demons, gods; that is, I reconnect myself to the Supreme principle through the Abiss of Daath.”

Me: "Which aspect do you guard?"
Azazel: “I’m the Guardian of the aspect concerning Obscurity, Chaos, the Primigenial Dark.”

I’ve been struggling to stay humble for a few years now, but I’ve been through enough extreme vision quests and then some to help out here.

Azazel, PAIMON, Cernunnos, the Boatmen, and consequently the fourth cult of powers (a sort of connection between the God of creation and the devil) are close to me personally, because they are a grey aspect (to my knowledge).

Imagine a class of being that is indispensably beneficial to the total knowledge and presence of the universe, but that is just a little less tied up (or drunk) on maintaining the majesty of the All…

Djinn are gourmets when it comes to the task of crossing the sands of time. They refuse to walk a single step as long as they get to fulfill their varied objectives; all of which are rooted in the roots of karmic energy, which they seem to hoard. One of their favorite “games” is cashing in karmic energy of the summoner: the summoner is made to be a king for a lifetime or two, but must begin again in the karmic cycle as a worm while the djinn has “collected” the true gold, pure karma which they are at power to spend for themselves, to fight off judgement day… Who knows…

A special class of djinn, however formed a type of cult so as to be indistinguishable in PURPOSE and ASPECT, without which, there is no hope of divining anything but the greatest and most mysterious names of the clan.

Azazel is the biblical “djinn” associated with the passover, but is hidden behind the character of Azrael, angel of death.

The drama of Cain and Abel was captured by Abrahamic Jews in the practice of slaughtering the whitest lamb and releasing another into the desert. Here, Azazel is named for the so-called scapegoat.

Azazel is the name for a single shade of grey, which is indistinguishable from PAIMON to right-hand followers. Azazel is the backstory, but PAIMON comes much later.

Cernunnos (the horned God) is the primeval representation of the gray djinn in pinnacle form. Able to achieve all magic, the horned God previously consumed with hoarding magics and karma contemplated, and found that his devastating spells which would rock the universe, could instead be released like radiation to foster a single forest. In this state, a djinn is equal to God, but smaller.(in numerology, this state is a one {1}).

And to double perfection is a sin. {2}

To undo sin, God splits into Alpha and Omega, and becomes master of his own karma. {3}

Wash rinse, repeat. And you realize once you get to {666}, that it handily collapses down to {3} again.

Enter number four {4}. The djinn and a host of different Kings and generals loyal only to supreme law enter the stage. Beings possessing power that Lucifer didn’t even know existed crush the balance between good and evil.

But mixed in the ranks of flaming djinn are colorless (grey aspect, black appearance) without karma, and they have no place in the cycles. They have no real names, and prefer to observe. PAIMON is the first incarnation of this king in our times and heralds amazing change.

PAIMON is a different beast for different times. God and Satan have lost their potency in the large part of culture, and TV has transformed to depict him before the masses. Anyway, feel free to reply, but I tried not to skip over too much, and it’s still plenty long.

Welcome @Lhand-greypath. Please post an introduction in the NEW MAGICIAN AND INTRODUCTIONS area, and tell us about yourself and any experience you may have in magick. It is a rule of this forum.