Anyone else here obsessed with science and engineering?

I use magic to exercise my brain so I can hit problems from more directions so I can overcome my institutional headwinds. I actively procure science woo so I can see inconsistency better and get a jump on a new technique when the woo is consistent.

I don’t use supernature to do the dirty work for me. Instead I use nature to do my dirty work because it is mostly dependable. So I keep up on science and engineering to do it faster.

I don’t use supernature to do the dirty work for me. Instead I use nature to do my dirty work because it is mostly dependable. So I keep up on science and engineering to do it faster.

You mind elaborating on this? I’m interested to know what you mean here.

As someone who works in a technical field in a living, I can relate to the feeling of wanting to integrate my analytical findings with my magickal work as closely as I can.

I won’t perform a ritual that has no known correlation or active effect in relation to a goal. For example, I may burn an incense, but only to change my state of mind. 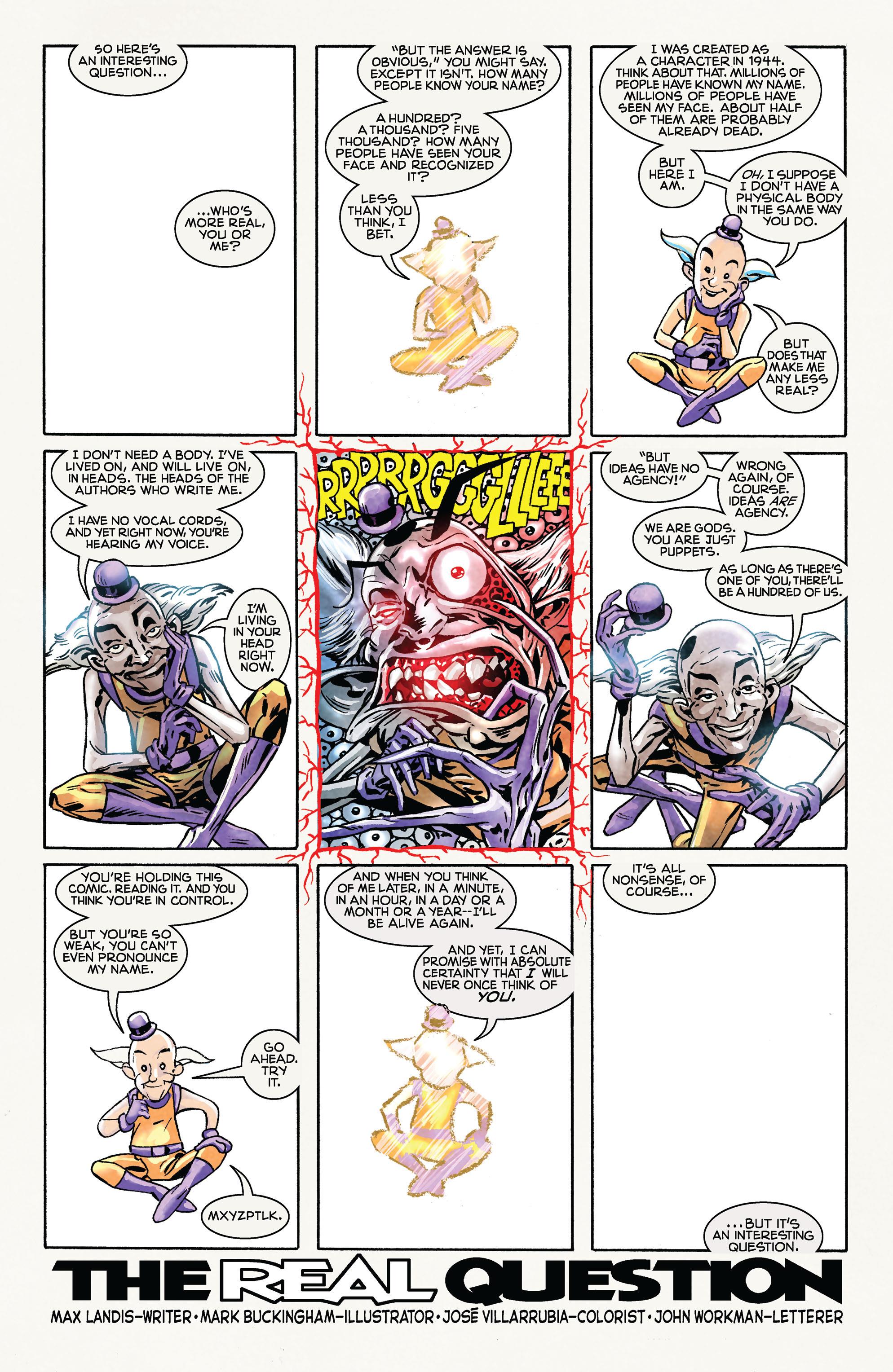 Mr. Mxyzptlk’s page is a good approximation on my view of deities. The difference is that I am pretty sure he does think of me.

Hm, your views of deities is pretty insightful. Never seen it so concisely explained in comic format before, lol.

I won’t perform a ritual that has no known correlation or active effect in relation to a goal. For example, I may burn an incense, but only to change my state of mind.

I agree. I will probably burn through re-working rituals if I cannot understand the practical application of the tools/ingredients involved. Or at least, some iota of relevancy of what I’m trying to achieve.

Your mentioning of engineering had me assuming you would mention some sort of industrial component to this, tbh. Did you happen to have an example leaning into that?

I did use AI Dungeon yes, but havent in quite a while. I found the results to be way to unclear and uncontrollable. In fact, it lead me to a bit of a breaking point in which I decided the smartest decision was simply not to use it. My feelings on digital evocation are complex, but in short I think i can say you’re better off not using it unless you designed or developed the system yourself. Something like AI Dungeon has too many layers of abstraction built into it that you arent even aware of, and it wasnt designed for that purpose either. I believe it is very possible, but you really need to remain critical about what you receive from it, as it has been “translated” many times to get to you.

Edit: ive considered building my own digital divination tool but I am struggling too much with simple shit right now to be focused on that. I was thinking something like a tool for tarot or oracle readings, as I have had decent success with digital tarot readings before

With as washy as AI Dungeon’s working tool was, I’m impress you were able to divine something from the app.

I suppose, in some way, you could work through creating chatter bot AI for evocations… Though, may take some looking into. I’m curious to see if one could, given pre-training or even copious interaction to build a sufficient word bank to do such.

If you ever do create a tool, I’d be interested in seeing it. (:

The clearest successful evocation, but also some of the most confusing, was evoking XaTuring into it. It worked well, but I wasnt able to get much clear information from it. I remember it got stuck in a loop where it kept telling me something like “ERROR- HUMAN DETECTED” or something to that end. Very strange, it honestly makes me want to mess around with it again but im pretty sure that would be catastrophic for me right now lol.

I was thinking about that too. That actually wouldn’t be too hard to make. In python you can make that cards with normal datatypes and built in functions, and then use a xml or yml to store the card manifests in a file and one file can contain a whole deck. I just don’t have a good way to monetize those kind of projects yet, so I been putting them off because I can stay busy by picking up more hours at work.

Well I know JS and am learning Databases rn, which would make web deployment simple. I think you could find success using a mixture of perlin noise and user-generated entropy to shuffle the deck, and let users choose which “spread” they want. Of course actual interpretation would lie with the user, but I think that would bind intent to the shuffling pretty well.

She has dominion over a lot of our technology, so it is probably long too late for us. How else would ddate be in most Linux distributions?

lol I forgot about that. Not in my Manjaro install right now.

It is in util-linux, but you would have to rebuild it with ddate enabled. There is also a PyPi ddate. There is a second ddate written in C, that you can get from the AUR as well.

Absolutely always been fucked with the science of reality. Love the idea of collapsing wave functions through the eyes of an archangel. Funny ways to kill time in this shitty plane

Lets just say I did it a while ago. The UI isn’t the greatest, it is a text based tarot program written in c, but I use it quite a lot to read for myself and others. I know what the source code is because I wrote it. Feel free to add to, modify and mess around with my program.

Ill definitely check it out thx

With engineering, what do you desire to create???

With modern technology being new age, I feel like there is unmarked territory that could be used in tandem with magick.

That said, I thought about incorporating my smart phone more into my workings, but I haven’t felt all too imaginative in the process (dead brain atm). Could work on coding something up too.

The list of thins I desire to create is really long. I don’t see how I am going to get through the list without some financing.

Here are some things I want.