Any significance to random tongue injuries?

So today I had a weird, seemingly random injury to my tongue. I was about to be a prick, verbally to someone I love and the goddamn little skin web under my tongue ripped in between sentences. I shit you not it shut me up right away. Situation averted, lol.

Later I am having a mumbled (on my end) conversation with the same person and she says “maybe you had a tongue tie”, which is a condition where that webbing under the tongue is excessive and needs to be cut back; if left untreated it can rip. I know I did not, but I mused that the saying “having your tongue tied” usually means not being able to speak, or speak clearly, which is exactly what happened. I found a certain synchronicity in this.

Now, I have been working towards not doing that (being a prick) and in the process asked (spirit x) to assist me in this. Any chance that random injury was not so random, or could I be looking too far into this? Either way, it worked, lol. Have to go to a doctor in the morning…

Maybe someone bound you so you couldn’t be a prick.

Sorry if Im not reading correctly, very tired this evening, but did you say that you asked spirit x to help you before the incident? If so I definitely do not think it is a coincidence. Is the spirit powerful? When you evoked it what type of environment did you bring it into that may have given it a very tight grasp on our physical plane to have such an affect?

did you say that you asked spirit x to help you before the incident?

Is the spirit powerful?

I definitely do not think it is a coincidence.

That’s what I’m saying. I am just tossed over it because this was a first for me, regarding the injury part of it. I have never had anything that direct done to me physically.

When you evoked it what type of environment did you bring it into that may have given it a very tight grasp on our physical plane to have such an affect?

Nothing too crazy. So far: under a bridge next to rushing water, assorted forests, and once in a graveyard at night at a spot I just could not resist when I found it. The time when I asked for help to alter my behaviors was in a clearing in the woods in bright sun. So, earth and water, mainly earth, and about equal night and day workings.

Yea, i think it taught you something. It clearly had an affect. Good job. Sucks lol, but good job

So interesting thing to note

under a bridge next to rushing water

Forests are dense webs of nature energy, denser the forest denser the energy. If you meditate on a field of trees in the same manner for see the aura you can see the circuits they make.

Another gate, partly natural partly man-made.
Graveyards are locals inhabited by the dead in the land of the living. If it was by or surrounded by a forest then you have a flux of energies in play. Death and life in one area.

The locals plus the elemental gates seem to have provided a good anchor for thw spirit to work. As @serpens_album said good work

Though if you want a method that may avoid future lessons in pain as the impetus for change.

A method that may benifit you is looking into the energies of the moon(subconscious) and how casting different planetary and elemental energies on it can reflect in your behavior. Just as the physical moon reflecta the light of the sun. The power of the moon can be used in ritual to shine the “light” of the other planets and elements which have traits we want to express more.

That or working with the different aspects of merucury’s energies and their relation to communication.

It’s interesting that you bring up planetary influences. The ritual in the clearing in the sun was during that eclipse this past summer. Taking that into consideration, how would you think that relates? Eclipse, Venus/water correspondant spirit.

I remember hearing alot about the eclipse being tied to new beginnings and upheavals of the old structures, foundations ect.

It Would depend on the spirit.
The mixture of venus and water energies could make for a passionate but volatile personality.
Take the goddess Aphrodite aka the roman goddess venus for example. Often depicted on a clam on the water.

Aphrodite[a] is an ancient Greek goddess associated with love, beauty, pleasure, and procreation. She is identified with the planet Venus, which is named after the Roman goddess Venus, with whom Aphrodite was extensively syncretized. Aphrodite's major symbols include myrtles, roses, doves, sparrows, and swans. The cult of Aphrodite was largely derived from that of the Phoenician goddess Astarte, a cognate of the East Semitic goddess Ishtar, whose cult was based on the Sumerian cult of Inanna.... 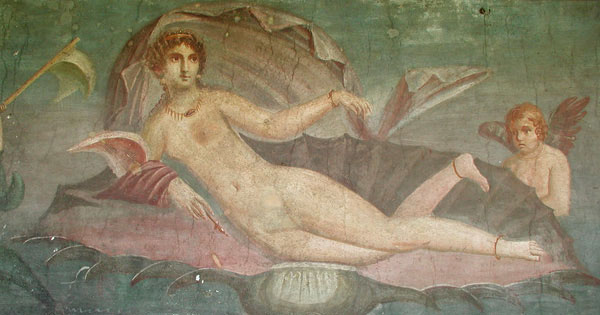 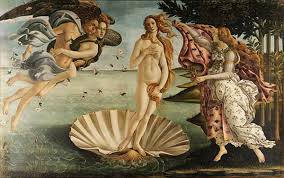 The possible volatility makes itself known one poem regarding Aphrodite and medusa
“In a late version of the Medusa myth, related by the Roman poet Ovid (Metamorphoses 4.770), Medusa was originally a ravishingly beautiful maiden, “the jealous aspiration of many suitors,” but because Poseidon had raped her in Athena’s temple, the enraged Athena transformed Medusa’s beautiful hair to serpents and made her face so terrible to behold that the mere sight of it would turn onlookers to stone.[6] In Ovid’s telling, Perseus describes Medusa’s punishment by Minerva (Athena) as just and well earned.” 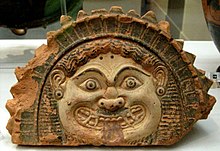 In Greek mythology, Medusa (/mɪˈdjuːzə, -sə/; Μέδουσα "guardian, protectress") was a monster, a Gorgon, generally described as a winged human female with living venomous snakes in place of hair. Those who gazed upon her face would turn to stone. Most sources describe her as the daughter of Phorcys and Ceto, though the author Hyginus makes her the daughter of Gorgon and Ceto. According to Hesiod and Aeschylus, she lived and died on an island named Sarpedon, somewhere near Cisthene. The 2n Medusa...