Any Certain Demons/Gods/Magick for a Specific punishment?

Here’s a question for you, Practitioners of the Dark Arts, those who have intimate knowledge on having revenge against those wronged you, and the Justice system isn’t helping you, in fact, is being used as a stall tactic, because they know they fucked up, and are trying to avoid going to court by sending their butt-boy lawyer as a distraction claiming my family is in the wrong.

Anyway, to the specifics: We have dick head neighbors who use their property down the road from us as an Airbnb property, where they’re bringing in city folk who seem to believe they can walk anywhere with total disregard to our property. i.e. There were these four snobby bitches on Horseback, who rode through our yard and we kept telling them this was our property and we’re trying to keep our yard clean, and they’re like “Ah this is BLM Land” and we’re like “No we own this land” and this is just one example, there had been several cases with these people, some were actually polite and apologize, but I don’t have any beef towards them, it’s just against the owners. The owners actually did more to us, than the people they rent to, like forcing us off our old road, which runs through their property, and the Mrs. Dickhead (not her real name, but I’ll tell you about them in PMs) is like No, they’re too brown (Probably because of my dad and our names, I have my suspicions that they’re racist) to be trusted, let’s force them off their easement, which is a bridge that goes over a wash, and gave us a poorly made bridge that has washed away, not once, but three times when the Rainstorms came with a vengeance and flooded our wash, and wreck the shit out of our road. Because of how rural and the fact our road is mainly comprised of dirt, and the conditions of our current road, we couldn’t hire folks with big machines to help rebuild, that and our Neighbors didn’t let us, because they know the road they gave us is shit, and if any big dozers are caught in sand traps, they could get sued by my family and the guys we hire, so yeah, I hope this paints a picture in your mad of the bullshit I had to deal with.

Anyway, here’s what I’m asking, is there a method of afflicting this kind of specific punishment: "Since they pride themselves on making money, I wish for them to lose half of their entire wealth, and for it to go to me in cash, without it being traceable to me or my family. Perhaps even more if they refuse to sell this property to me, within this week of this wish" I thought of summoning an Ifrit Jinn, but I’m curious if there better options to fuck them over, or do much worse damage to them that will force them to sell their property, so I can own it. My dreams for it is to do the same thing, but make some interesting improvements, and maybe invite fellow Pagans/practitioners to rent at a modest price. So, yeah any Demons, Gods, or Magick I could use for this specific punishment?

“Since they pride themselves on making money, I wish for them to lose half of their entire wealth, and for it to go to me in cash, without it being traceable to me or my family. Perhaps even more if they refuse to sell this property to me, within this week of this wish”

There’s the wording you use for the petition.

Well, I have the Necronomicon that has the seal of Murduk, but what of the others? Any links to their rituals…Shiva, I’m not sure of, because I tried turning to the Hindu Gods, but that hasn’t been any results of my wishes for Wealth.

Belial for the court issues. 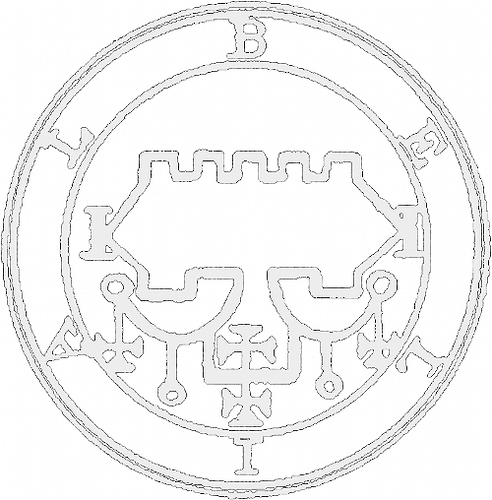 For Hecate, google her sigil and use it like you would for a demon. Then just repeat the chants

For zeus I use the sign of Jupiter and write a custom evocation. Nemesis, I can’t find rituals of stranglely. I just knew this was her specialty off the top of my head

No Specific conditions for Hecate? Any Moonphases or Days would do?

I do have Lavender incense…I think I have one Purple candle left, so yeah would those help, also have two packs of white candles.

Oh! Word. Use the purple and 2 whites. Use a rhythm where you knock on something 3 times while you do the chant. And that should make it perfect.