And They Call Magicians Charlatans

I know a video link is a bit meh, but you have to see this to wrap your head round the “Stephen Hawking” snow job:

I wonder what he could be being used for? 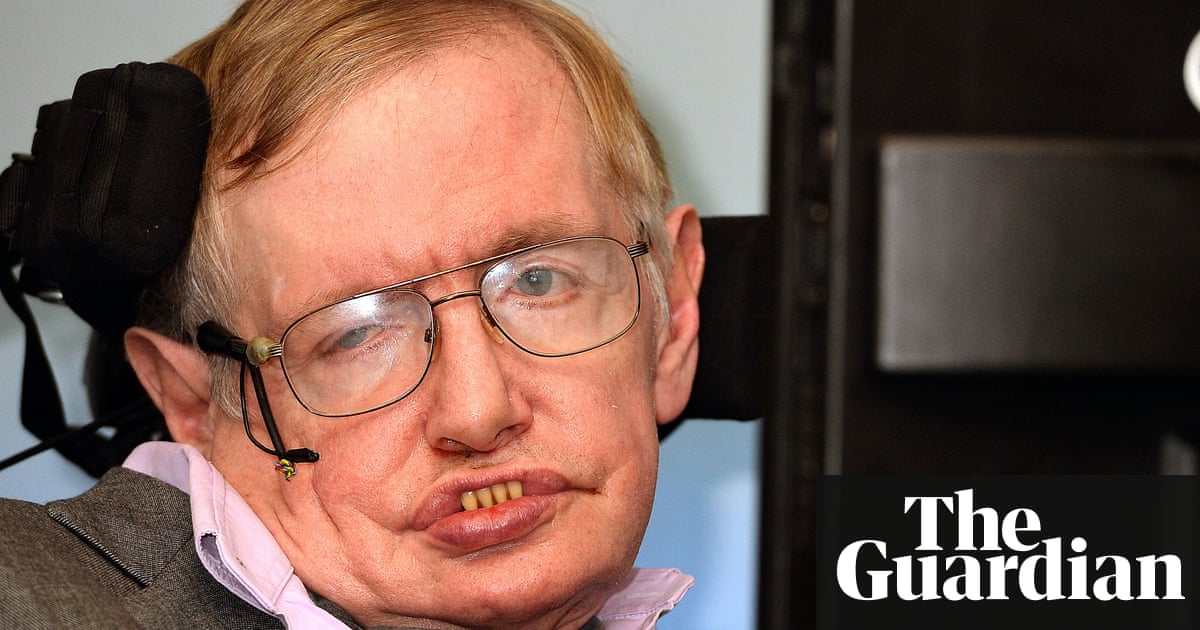 Brexit would be a disaster for UK science, say scientists

To do that, we need to break down, not build up, barriers within and between nations. If we are to stand a chance of doing that, the world’s leaders need to acknowledge that they have failed and are failing the many. With resources increasingly concentrated in the hands of a few, we are going to have to learn to share far more than at present.
Source 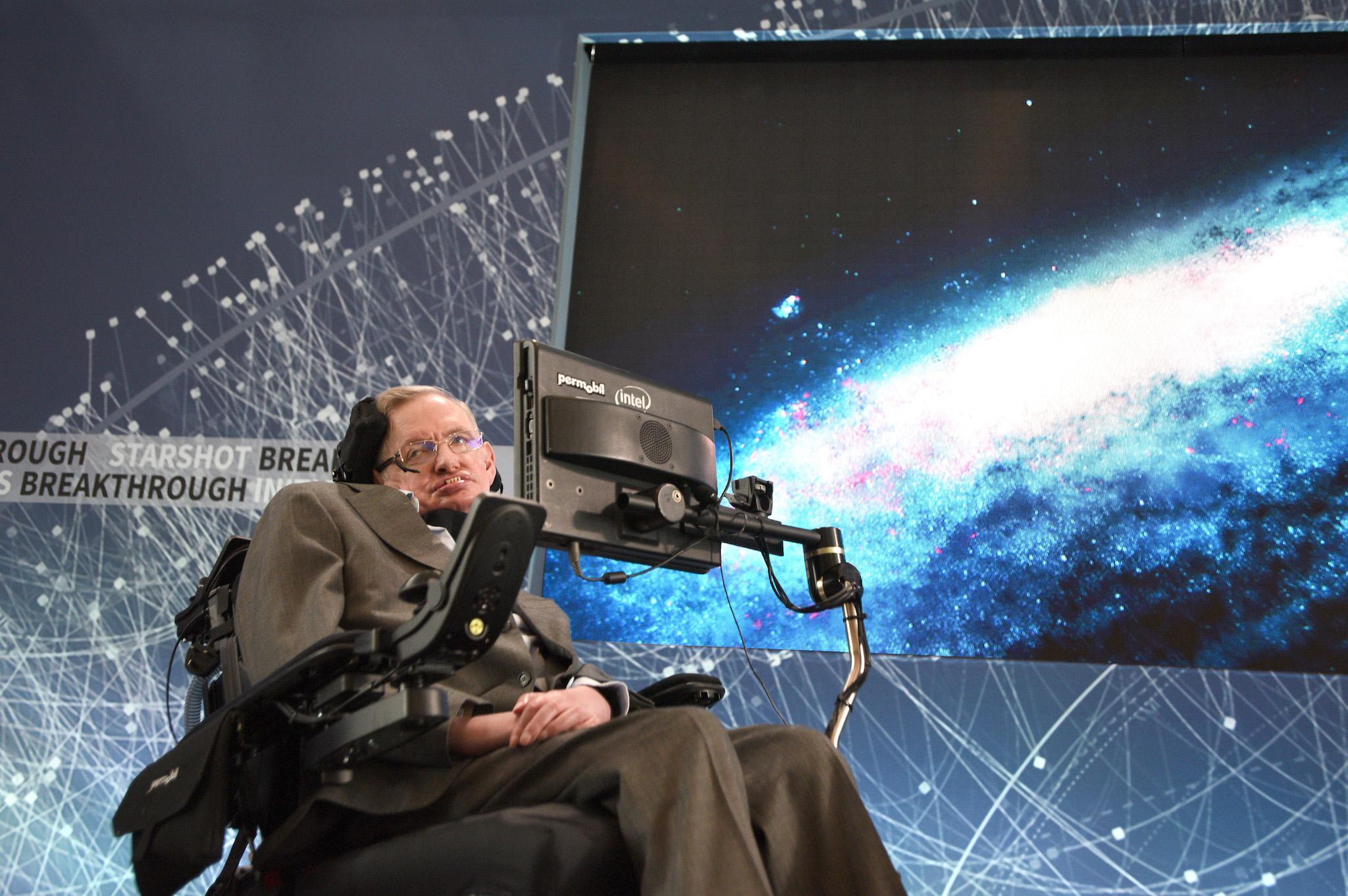 Stephen Hawking, regularly referred to as the world's smartest man, has backed Jeremy Corbyn. The Conservatives would be a "disaster" for public services, the world-renowned astrophysicist said.  “I’m voting Labour because another five years of...

Think, for one moment, about the sheer scale of this, the people involved, where they source these poor men from to be the face behind the famous voice… it’s fucking disgusting.

And this is the level of “real science” against which every single Tarot reader, healer, medium, and professional magician, is held, and has to make those grovelling apologetic “for entertainment purposes only” disclaimers because WE are not dealing with “reality” - unlike, you know, REAL science.

I am not the biggest fan of most scientist lol I so want to rip off my ears whenever I hear (especially the ones who are certain there is no spiritual world, life after death etc) It’s like listening to a 7 year old talk tell you about engineering skyscrapers. They have no idea what they’re talking about lol

The abuse of that poor man is disgusting. Clear evidence that he can’t eat solid food and we can see in the reflection in his glasses that the woman only pretends to spoon feed him.

They have no idea what they’re talking about lol

The character of the (long dead and buried) “Stephen Hawking” is so obviously being used as a mouthpiece by a specific group, so I’d say in his case, they know what they’re doing, and the intent behind it is clear enough from his opinions… that work schedule for ANY 74 year-old man is outrageous, let alone a guy who’s as sick as he supposedly is!

I wouldn’t quite say “Look at what ‘he’ says and then assume the exact opposite” because that’s not how subtle manipulation works, it’s more a case of look at what “he” is trying to make people believe as an overall worldview, and then compare it with one’s own UPG.

This is a pretty big scam and that indicates that sincere research into these areas could otherwise find things that cause a problem for the globalist elite, whose message “he” has so faithfully parroted at every opportunity.

Yea? Is he dead? I have never looked into it nor put much thought.

Did you watch the vid? That explains it, and does so with photos, it’s worth a few minutes to grasp the scale of the scam.

I’ll check it out in the morning.

I have work out what Steven hawkins use those bottom teeth for to scrape the muck of the sewage pipes that runs into bioflush plant.

With respect, the point of this isn’t actually him as a person, or his opinions (if he was a real person he’s as entitled to them as anyone) - it’s that this is obviously a series of different people being used, by the looks of them very sick people, after the real man was long dead of an illness that has never permitted someone to live and be active to the age of 75 (as he is now) - that video breaks it down pretty well, here are some slides that illustrate the point but the whole thing repays watching because there’s some damning footage that still photos can’t capture: 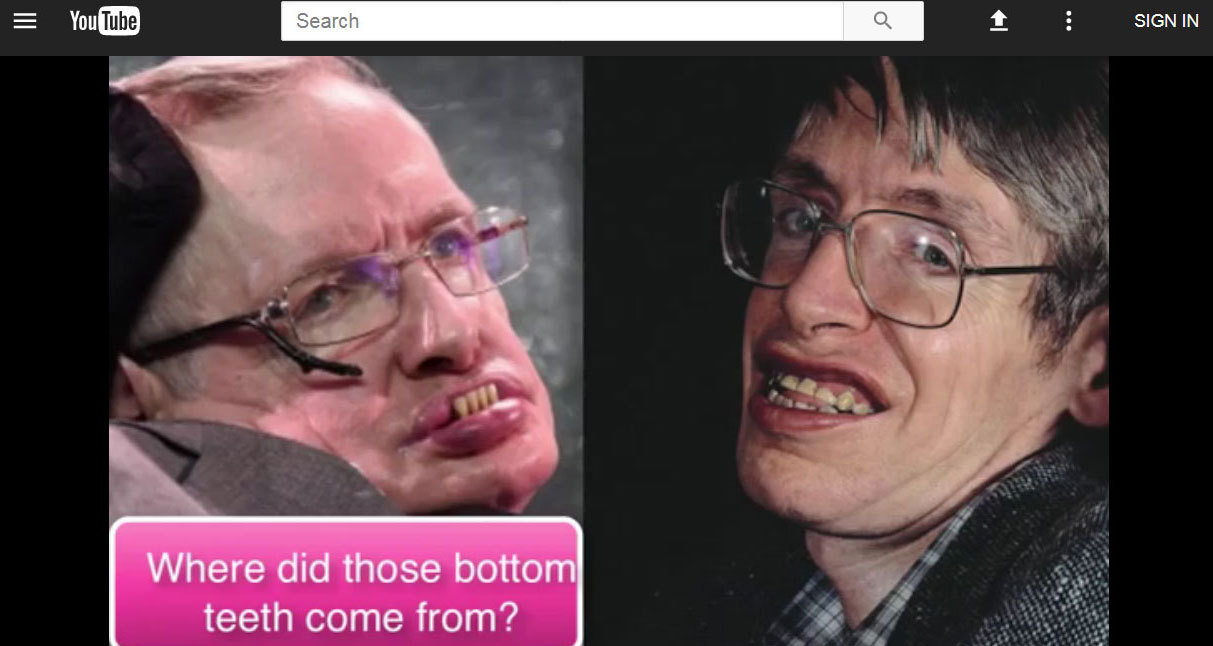 This is from The Telegraph - where are those lower teeth, why are his hands twisted and not pudgy? 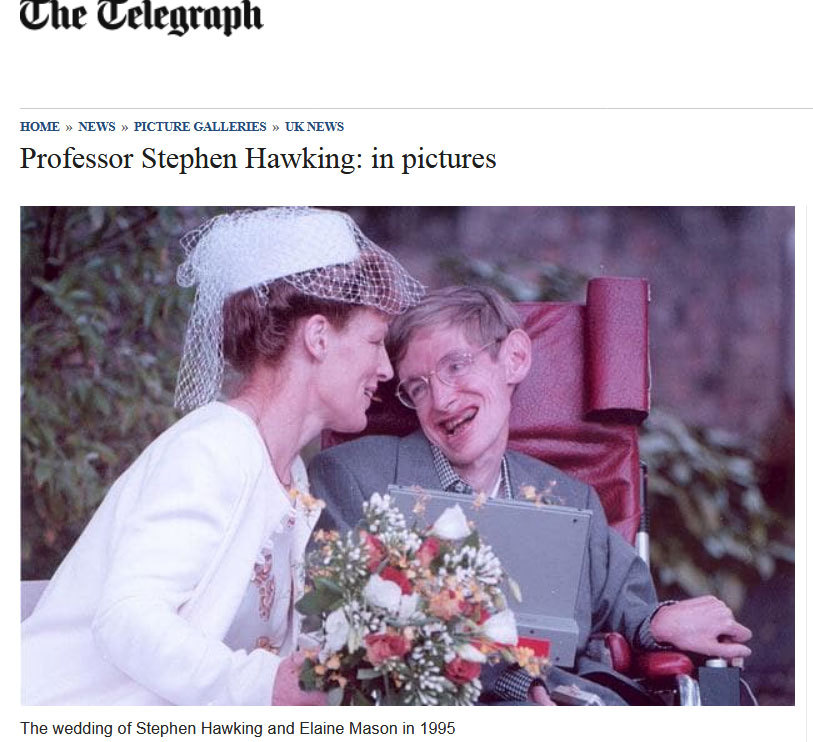 Why does he look far older here 21 years ago, than in the recent documentary about him (clip within the video in the OP)? 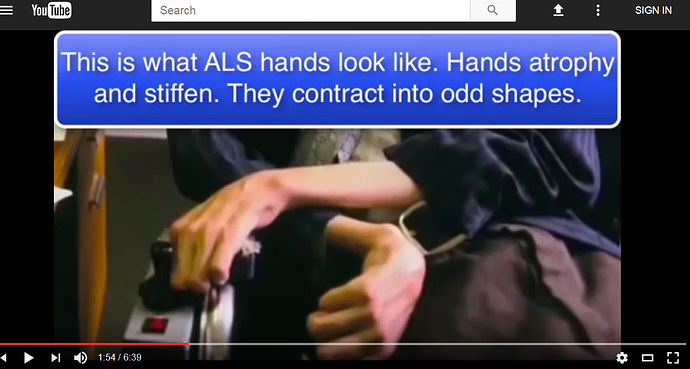 If he was just a disabled guy with opinions I disagree with, this wouldn’t be relevant, go to it and good luck because he’s earned the right to his platform, but this is about his reputation being used to give a very specific agenda a credible mouthpiece, and it also illustrates a level of knowing fraud and cynical deception within the very same scientific community that sneers at, and is openly hostile to, magicians and Tarot readers, etc.

I mean extraordinary feats of healing are possible with magick. The video proves nothing in and of itself.

Perhaps i’m looking for deeper meaning here then the obvious that people die, but i find it relevant that i’ve been asking spirits that are very specific to that nation for signs and omens about it’s future, and with everything going on there right now, how am i to interpret this, very curious.

And of course i probably need to spend a few days rewatching the Mastering Divination course, i’v let myself get a little to rusty i think.

I actually thought about this post when I heard the news. Forgot what the initial reason was but just remembered “wasn’t he mentioned on here”

Holy fuck… the mouthpiece must have ceased serving a purpose, or maybe too many questions were being asked.

Who’s going to warn people to not breed but we must have open borders because global warming, from a godlike throne of both science and victimhood, now?

Ive felt something was seriously off with him for years. His personality seemed different. I wondered if meds or just living with the disease for so long was effecting his mind? Personality changes can happen from trauma and illness but i hadn’t though he’d already died. Either way it would prove he or his name were used horribly.

I wonder if anyone has tried Evoking him? That could prove to be a very interesting conversation.

I don’t think I can do it justice, but it presents some interesting arguments and reasons why Stephen Hawking was replaced and some photo comparisons of how he appeared to look much younger in recent years, and strangely recovered from pneumonia in his fatal condition, some possibly staged photos of his wedding and who might be behind this.