I’ve not been able to be here for a while but I need some help or thoughts…
Yesterday I offered a candle to Gaia and Cernunnos and let it burn, at the end of the day I came and the candle I offered to Cernunnos was like that and Gaia’s candle was perfect, did I made the God angry somehow? Help. I’m new. 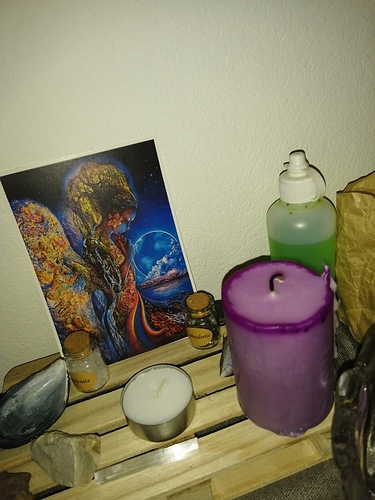 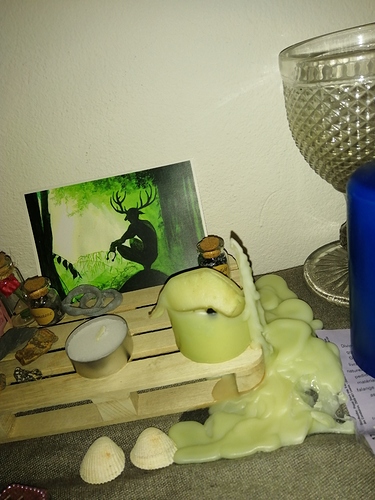 Well, if I look at the candle in terms of Ceromancy, you have a few things going on: the standing piece of wax is what is known as a Mountain, which tends to represent a blockage. With it standing towards the right, it seems to be a blockage caused by fear or anxiety toward the future. This is further supported by the wall present towards the back of the candle, facing the Cernunnos statue, which represents worry or uncertainty, possibly towards the deity or something out of ritual that is bleeding in such as a job or relationship.

You also have an Overflow, which is hard to read at this point because the candle did not melt in a circular dish and I could not see how it flowed. If you try this later on, clockwise depicts success where counterclockwise depict failure.

I don’t think this is a sign of cernunnos is angry but is trying to point out things that may be interfering with your work.

Well I will read what you said again and again and really think about it this weekend. Thank you so much for your thoughts.