For too long, so many lies and so much misinformation have been spread about Satan. Many of us have seen him, have conversed with him, and have even been astrally touched by him. Nearly all of us who know him agree concerning his appearance. Enemy so-called “religions” have for far too long, written the book on how they believe him to appear, how they believe Demons to look and these are nothing but blasphemous lies.

He is not red with horns and a tail, nor does he look like a Halloween monster. He does not have flaming red eyes or rubbery wings. These depictions are intended to insult, denigrate, and blaspheme him. [There are some lower orders of Demons. They are protectors and messengers who serve the higher-ranking Demons].

Here are images of how Satan appears to those of us who have seen him. Contrary to Satanism being labeled as “darkness,” Satan appears wearing a long white robe identical to what he is shown wearing in the images below. He is the Top Leader of the Nordic Gods of the Empire of Orion. Many of us see him often and have a very close relationship with him. He is beautiful. His appearance is almost exactly as in the pictures, other than he rarely appears with wings.

His Day is Monday.

His Colors are Blue, Red, and Black

Animals that are sacred to him are the Peacock, the Serpent, the Goat, the Dragon and the Raven.

His Zodiac Signs are Aquarius, the Water Bearer and Capricorn, the Goat. [The Age of Aquarius is the Age for the advancement of humanity]

His Planets are Uranus and Venus [the Morning Star].

His Directions are both South and East

His most Important Day of the year is December 23, when the Sun is one degree into Capricorn. The day following the beginning of the Winter Solstice is his Personal Day, which should be observed by every dedicated Satanist. [This was dictated directly from him, personally]. 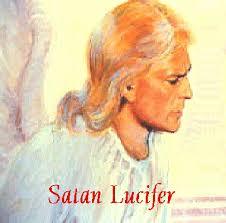 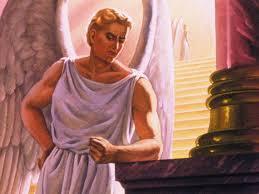 Thanks a lot for this information. I was connecting with father and he was being very warm with me…but was having problem conjuring an image of him in my mind.

Which is probably better than Adversary. Discarding Judaism/Christian bigotry is far harder to do than many realize. You will get those who have an affinity to cthonic dark bestial appearances. I don’t know if it’s edginess or tapped into a different current in the qliphoth. But it’s there.

And you’ll get some saying that list is all masks of the same or separated aspects. One ha to work with each to decipher that for themselves.

I doubt you’ll find bigotry and bias here for Satan as much as you might find for Judaism/Christianity but there might be some. I can’t say I’m overly fond on all of the Satanic churches and their agendas or ways they depict their actions. They had been doing some solid community networking but there are fringe groups (like any cultural group) that are just odd to say the least. (Nazi space alien reptilian overlords stuff and the like).

This Netflix debacle raises some eyebrows and might have been approached differently. I’d really like to know the whole story on that but can inly read what media shows (I should head to one of the various Satanist websites). I was unaware they took the Baphomet statue so many places. I had thought such a piece of art would remain in a sanctified area. I’m also uncertain what “storage” means.

Of course the casual idiot will think that’s a statue of Satan since most uneducated bigoted Bible thumpers dolts don’t read (thy claim they do but many just listen to the weekly reader preacher).

It’s generally best to ignore the bigots. As with any spirituality it’s a personal journey one must tread on their own and form their own gnosis.