A recent drawing to Azazel

Generally I try to stay away from such forms as those of Azazel and related such as the Enochian angels and demons. Basically they seem to me similar to the deviation the Egyptian pantheon experienced as it fell into pop forms. The gods became celebrities and lost a certain unique divine form as humans molded their forms into egregores.

However, lately I have been really drawn to this work,

I find it absolutely fascinating. I even find my own ideals and aspirations resonate here as well as a small host of points I might argue over with Belial, Azazel, and Koetting. What a debate we could have, I think to myself.

Recently, when I beheld the sigil of Azazel, for the first time it’s shape shifted in my mind into a 3D format. Here are the two forms of the sigil, the original sigil of Azazel and it’s 3D form. 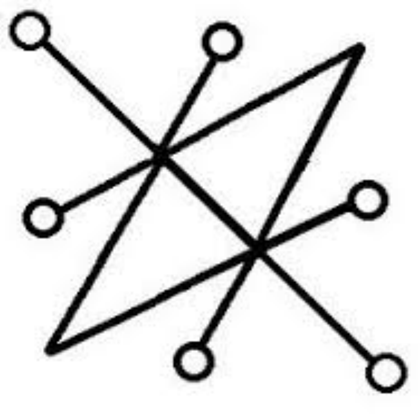 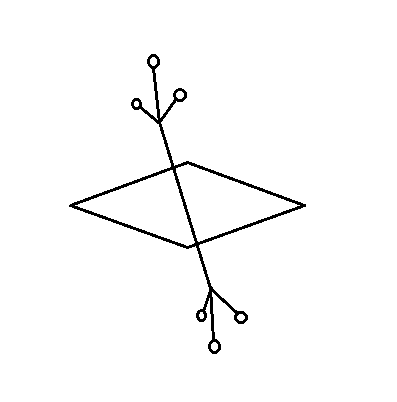 As you can see, in the second image a line crosses through a 2 dimensional square shaped field and on either end of the line are three extending lines which lead to three points. When I saw the sigil shift into this image in my mind immediately I thought of my concept of cocreative planes. That’s the idea our own personal fields create impedance between one another that manifests into a third field called the cocreative plane.

In the book o Azazel, he speaks about concepts related to interaction between spirits and the sorcerer. I don’t want to spoil anything but I found conversations in the book of Azazel to be very resonate with some of my own ideas. However, I haven’t actually ever used ritual magick or attempted to make contact with Azazel. I have been thinking of getting some ceremonial items but I really don’t have the money or the place for it. My own methods are much simpler these days not requiring anything particular but my more serious methods involve modifying the resting brainwave state which is time consuming and extensive. I just don’t have time for that serious stuff these days. However, I have learned to access a limited magickal current even through my mundane waking consciousness. Maybe one day soon I’ll try to make contact with Azazel. The info in the book of Azazel has been really potent so far and relevant to my own goals, aspirations, and workings. For years now I have wanted to talk to Koetting but I needed time to develop my own terminology before I could present it to someone in the league of EA Koetting. I feel I might soon be ready to attempt to meet him, if perhaps only from the internet.

Among the many ideas I have which seem similar to Koettings, I’m most fascinated with his concept of damnation. I think he uses sensationalist and polarist terms but hey that’s how you stir the energies. I’d really like to talk to Koetting about my ideas realted to the Lake of Fire and what I call The First Suns. I’d also like to talk about the variations between what I call ‘mode of consideration’. In my system Koetting would be classified as being hardline Case B. That’s the wholesale acceptance and embrancment of nonself entities such as gods, demons, spirits, and angels. I myself am a more cynical Case A type. I used to go full Case B mode all the time it’s just kinda exhausting to maintain. Case A is more analytical preferring the mental and philosophical spectrums of the occult. Case A would refrain from being given over to the passions which produce many phenomena. And when Case A encounters phenomena, treats the phenomena as having originated from one’s own self.

However, I haven’t actually ever used ritual magick or attempted to make contact with Azazel. I have been thinking of getting some ceremonial items but I really don’t have the money or the place for it.

You don’t need all the gaudy & expensive paraphernalia of ceremonial magick to contact Azazel. Just draw his sigil on a piece of paper and gaze into it as you enter the theta gamma sync.

This newsletter by EA has all the info you need:

Thankyou for the reference.