A dream of Bune?

Some time ago I was looking into a entity called “Bune”, my family was struggling financially and as such I began turning to spirits for help.

I had researched all necessities for the ritual and even other people’s experiences with Bune, however I never actually got 'round to doing the ritual. you see I’m new to all this and so I thought that maybe I should try and learn a bit more before jumping in head-first.

However it seemed ‘Bune’ had other ideas.

Now I’m not sure if it actually WAS Bune or just some weird dream, but ever since then my family has magically recieved alot more money then usual and has even been slpashing out (something we can’t usually do)

In my dream I was just sitting on my bed, when a hand reached through my mirror. I went up to investigate and saw someone staring back at me out of the corner, I then reached out and pulled her through to stand infront of me.
Funnily enough the only thing I could remember about her was that she had long, blond hair and that she was utterly beautiful.

She asked me “you know who I am, Right?”

After that we began to make the conditions for our deal, she’ll send atleast £500 to me or my family’s bank account, and I’ll spread word of her glory, promote her basically.

We spoke about other stuff too, idle chatter, if anything she seemed kinda flirty with me (which is weird considering all I’ve read about them) but that’s besides the point.

I woke up after ‘Bune’ left, feeling utterly confused as to if it was real or just my imagination.

Now I feel like I should also say that I had no control over what I said or did during that dream, yet at the same time I did?? Like I spoke out loud what I said in my head and stuff like that.

Like I said I’m new to all this, so naturally I’m quite concerned if I’m just being foolish or If this was the real deal.

Eather way, the job was done quickly and effectively, and in all honesty I whouldn’t mind talking to that entity again; they where polite and ‘to the point’ about every

Please introduce yourself to the forum in the Intro thread, and let us know a bit about yourself and your experience. It is one of the rules of this forum.

It could have been Bune, but she usually has dark hair and resembles Elizabeth Taylor’s Cleopatra. And, yes she is very beautiful

Seems real to me, she can appear as she choses, she looks like a 3-headed serpent to me but the results seem to have confirmed this, which is great news!

Bune gives very good results when it comes to finances. She appears to me as a dark skinned woman with curly hair or a winged snake. She is very beautiful in human form.

Yeah that’s usually how she shows up to me with long black hair but she’s darker skinned in my visions.

well when the money comes, let us know when and how it happened

never actually got 'round to doing the ritual.

ever since then my family has magically recieved alot more money

It sure sounds like you were dream-working, whether you meant to or not. Funny what the subconscious mind can do sometimes.

It’s real, and the more you go into detail the more convinced I am that this is so. Very similar experiences. All positive. She has never failed to help me when I’ve called on her for help. A very beautiful experience each and every time. An incredible feeling of love and guidance and that inner satisfaction of knowing good things are on the way.

I see her as somewhere between this 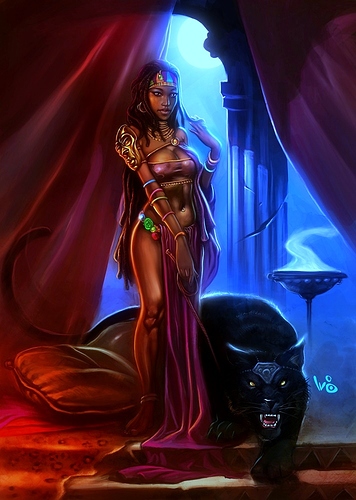 Yep, that’s how I see her egyptian aspect. As cardi b in egyptian clothing.

Thank you for everyone’s advice on this, I still have my doubts tbh, but I am feeling more confident now then before

This is about right: 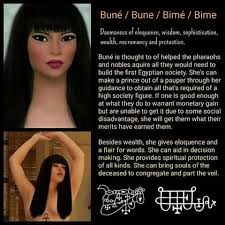 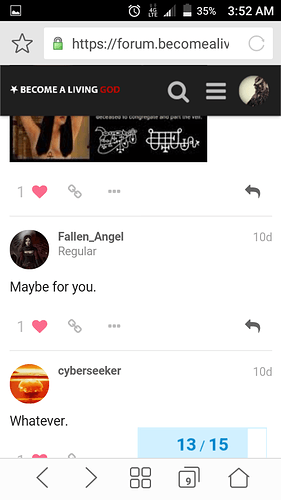 Something I don’t care about to be blunt.

It’s something im not interested in. Why waste my time on it? My godform wouldn’t, I’m sure.

Hello everyone, it’s I, pop wezzy. I gotta something to say related to this article! Last night I did evocation to Duke bune and all what I had was a sigil, incense and blue candle, I wrote spirit name on the body of candle using Sharp athame, I lite my candle and incense and I dropped in the trance state for few moment and started to gaze at the sigil when it’s started to flash it’s done because the sigil was now activated, I went on and started calling bune come to me after few moments started to fill it’s energy, but the time I said bune come to me I want talk to you then stated my intention I stopped fill it’s energy, but went on focus on the spirit name but never felt it’s energy and started My intention and I waited for few moments and I said bune I hear you I can’t communicate with you try other ways and automatically bune again dropped her on me, and I heard thought popping into My mind that’s me, so thanked bune and closed the rite, then at night I got a dream of dark sinned person either it’s man or lady never showed me, I sew it’s darker vision only, infernal brothers and sisters let’s figure out this, thanks in advance. I love you all