A conversation I had with Freyja on Valentines

So I’ve never had the best of luck with women-I’ve always suffered, may be a curse from a past life but donno don’t care. When I began my path in October I had fallen for someone-let’s refer to her as Loki’s daughter. On the day of Samhain I confessed to her with a drawing about corpse bride-which was one of her favourite movies. Simply put it said “you can be my corpse bride if you want to date me”, she said yes and then a few days later broke it off with me and following that, stopped messaging me for three months with a simple message of “hey happy new year(in February) I know it’s been forever but I’m done with exams now”.

So, yesterday I had invoked Freyja as she is my matron and it was Valentines day and I had a conversation with her. As I sat and meditated I called upon Freyja, Lady Vanadis-lady of Vanir. We began to talk intuitively as she began answering my questions.

“Freyja, why did it not work out between her and I?”
Freyja: Loki’s daughter was a test Mani my priest. Had it not been that you were to belong to someone else, it might have worked.
“But Lady Freyja, why did she completely ignore me for three months?”
Freyja: Mani, people are not always who they seem to be

“Freyja, how can I control Seidr?”
Freyja: Action Mani, action alone controls destiny. The one you seek will confess to you in time(my spiritual lover who I was dying to have a physical relationship with) but you must take action. You must take the first step.

Soon after I got home, I messaged my friend in the Turkish phrase because she is Turkish and absolutely dies every time I speak to her in her native tongue, “Sen benim için çok şey ifade ediyorsun. Sevgililer gününü benimle geçirir misin?” which means “you mean a lot to me, will you be my Valentine?” and well, something happened. She asked me “Of all the girls you could’ve chosen, why choose me?” and I again, said in Turkish another phrase “love is love, it can’t be explained” and I put my full trust in Freyja and in myself.

Soon after, when I took a shower, I cleansed myself in natural soaps offering it to Freyja and drawing the rune Fehu on me-associated with wealth, associated in Freyja’s Aett. Simply put, I need wealth to visit her in the Summer as she lives in the Turkish Republic of North Cyprus. Needless to say, my relationship with Freyja as my matron is growing 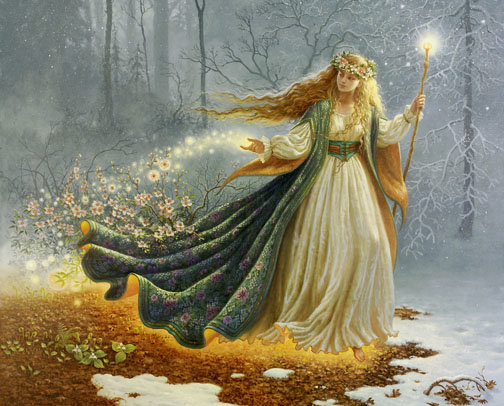 “don’t be so impatient you’re blind to their issues”

Folks, if you seek something don’t have the mind of “it’ll happen tomorrow” magick takes time as do the gods and goddesses that help with your magick

To summarise everything she has been teaching me https://www.youtube.com/watch?v=NGXHGh5aHDg