777 the meaning of the number

I know that 777 is something that is heard by alister Crowley but I was given a tablet that I must create I was given the same design by angels, elementals, demons, ascended masters etc.

All these beings were giving me the same tablet to design on it the number 777 must be present on it I have asked them what this means they won’t answer it saying I will find out.

Kek uses it a lot, you get on the right thread on /pol/ for example when he’s there and that’s his kind of “ultimate” number, I guess 7777 really is, but the iconography shows he sure likes his 7’s (and I don’t mean this one!). 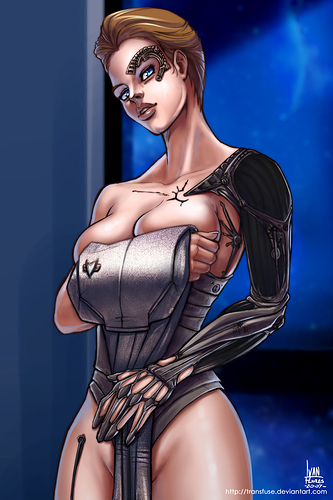 If the cycle of creation is seen as this:

1 - bindi, point of creation
2 - dualism, polarity, time’s arrow
3 - formation into the manifest, the Shiva and the Shakti triangle

… through to 6, the Shiva Shakti yantra of two superimposed triangles, representing the divine made manifest and expressed across the masculine and feminine polarities, through water and fire eyc., then the 7 is the return of the bindi, the Point of spirit, to the centre of that manifest image.

Haha well okay thanks, guess I must just trust in what the spirits say, sometimes things stay a mystery as they were intended to be.

We’re gonna have an intervention for you one of these days.
Not everything is Star Trek.

SACRILEGE. In the name of James Tiberius Kirk, Mr. Spock, and Dr. Leonard McCoy for give her.

Love the image. Belial has been at great work influencing the Star Trek scene within the past few years or more, and no I’m not saying this to brag about him. All I will say is I have seen the physical evidence and the parties involved, which puts a big smile on my face making me really happy. He recently has been showing me all this through vision and other things.

and yes there is a big secret to number 7’s =) It has multiple meanings that layer in and lead to a greater meaning. Its fun to speculate, but occult symbols and magick can be taken so many ways making it a mystery, that it will not become evident until the spirit opens those specific doors and decides to make it known what it actually means in actual physical manifestation.

Aleister Crowley gives at least 3 different meanings for that number, and there are more. For me it means my second favorite Thelemic book (“Liber 777”) and the yiddish word זען