I thought about posting this in response to the “Share your best way to stop lusting for results” thread (linked at the bottom of this post), however I felt perhaps it deserved its own post. Buckle up people, I like to go into detail.

This has worked for me so far: I petition Duke Dantalion to turn my thoughts completely away from the situation. Alternatively or in addition you could petition King Belial (or other entities) to help remove obstacles and blockages in your mind that…

Just gonna dump a few things that might be helpful to people.

So about a year ago, I made a post about a Chakra Merging Meditation. It was effective, but poorly optimized and as a result was more complicated than it needed to be. I recently decided to rewrite it with better instructions and a clearer methodology. To begin, you must understand that chakras are simply orifices through which your energetic body vents and takes in energies, the ‘pool of colour’ or whatever they are commonly described as is a result of a lack of energetic flow. To properly b…

It’s so simple, even a normie could do it. Meant to help speed healing of moderate injuries, I wrote it up in about two minutes for a normie friend who is curious about the occult. Things you need: A tealight candle A picture of yourself from before your injury An open mind Ritual: In a space that is sacred to yourself, set up the candle on top of the picture of yourself. Get into a light meditative state, light the candle, then call out: “I call to thee, Archangel Raphael, the healer of …

Useful if you need healing from doing a stupid and throwing your entire flow out of whack.

Just some food for thought if you have interesting experiences that contradict things you’ve read, or a lesson about the reliability of other people telling their own ‘spirit stories’.

Why didn’t the demon do as I asked?

No results from a demon, angry/confused Spirits, Evocation & Possession

Without knowing exactly what you requested I can’t say for sure, but there are a few possibilities in situations like this. For one, I do not think it’s a good idea to set a time limit on magickal results. Sometimes they happen immediately, sometimes 3 days/weeks/months/years later, sometimes they come at an unexpected time. If you demand that a result comes in three days when it was on its way to manifesting, but just on a longer time-frame than you may be demanding, you can stifle the magick …

I’m bumping this, will delete this reply later but we have a lot of new folks here recently who may enjoy reading the tutorials, and remember folks if you have a method that you know delivers results, consider writing a tutorial and then adding the link to this list.

Not really a tutotial, but may be helpful.

I’ll preface by saying I’m pretty much a newbie, so I am NOT an authority in magick. The purpose of this guide is to conceptualize real magick opposed to fantasy magick, the sort that we see in movies and videogames. This article is aimed at beginners. We all need a certain basic education and since there is no such thing as academic magick, as a community, we have to make sure we can provide, at least, the basic knowledge for new practitioners. It will be enough to say that when I started, BA…

Did you know making servitors can be dangerous and cruel if you don’t do it right?

Encore19’s Servitor Creation Template As your servitors develop they will naturally change in subtle but unpredictable ways. Starting off you can choose their appearance and outline their personality. Disclaimer - Ethics and Risk: Servitors are dangerous. Also there are huge ethical implications involved with creating life. If you do this wrong a servitor could damage your mind and life. You could starve it to death. When I first told my incubus I wanted to create servitors he had trepidati…

Maybe I’m being unnecessarily soft for putting in a command word instead of a kill switch. I’ve never made simple servitors, I just jumped into making my childhood imaginary friend come alive. He was like the older brother I never had and he was the first servitor I made

Well, i just know of the Golem and the Immortal Jew,
when it comes to warnings about not leaving your servitors unemployed wandering.

The other tale,
would be the Sorcerer’s apprentice,
but that one i normally reference towards banishing after evocation,
and not evoking what you can’t banish.

How to cancel a spell (mod edit: text added for search)

One of the most important spells no one is talking about (Long post) White Magick, Right Hand Path & Sephirothic Magick

Hey everyone!! I wanted to share with you all something no one is talking about. That is how to nix a spell you’ve casted already Why is this important?? Because if you put an intent into the universe that you later no longer want, & wish to move on to something else within the same category, your new intent may be completely blocked by the old intentions you’ve put out there already, which will lead into no result in either past or future intents. Which I have figured out is what’s going on …

So, in a world where information is freely exchanged, there are many sources of power to evoke change in your life. However, one can unintentionally open doors to things that they are not ready/do not desire to fairly easily. While this can be done in various ways, sigils can be one of the easier ways as symbols have always been extremely powerful in terms of influencing our psyche. The conflicts can emerge from a various reasons, from the intentions of the creator or from a clash between the en…

"If I Could Pass This On To My Younger Self" - Magick Tips & Things Spirits, Evocation & Possession

Another reply made me wonder what I would tell myself in the past, if I could, about things as a practicing magician: buy fewer crystals and only go for the big pieces - first thing that comes to mind. I’ve owned a lot of £1 - £3 tumbled stones but it’s the fist-sized (and upwards) pieces of crystal which I find myself wanting to use for serious work, because they have more presence (even just as a psychological prop) never throw any magickal tools away - you never know when that weird ite…

Seeing @anon52885131’s excellent post today reminded me that there are common questions that have had some great answers, that will get asked again. This thread collects our favourite tutorials and tips seen over the years. Please feel free to add your finds or advice to the list. Then link this thread when it can help someone out with a question. Goetic Entities for Love, obsession and break up work:

A thread to collect advice, tips and tutorials for working with dreams, interpreting them, lucid dreaming and dreamwork. Please feel free to add your favourite posts, and then we will have this available for the common questions everybody asks. Starting with the question “I dreamt X what does it mean?” https://forum.becomealivinggod.com/t/lucifer-dream-meaning/141903 The Share your Dream Thread - go ahead and pile on, why not? https://forum.becomealivinggod.com/t/share-dreamworkings-lucid-d…

Many topics is about how to do baneful magick but now how to defend. So what do you do to protect yourself against baneful magick and vampirism. What is the best defence?

How to use a poppet or doll to perform a binding:

How do you bind someone? General Discussion

I like to use poppets - it’s sympathetic magic. You create a representation of the person, add a link like a signature, a bit of hair etc and convince yourself that poppet IS the person. You can make it out of anything - string, paper, (I like paperclay lately), wax, play/flour dough, cloth, depends how much help your imagination needs I guess. Then take yarn or string, black is nice but any will do, and wrap the poppet, all the while focusing on the intention that you are literally binding up …

Same thread… how to do a honey jar or sweetening spell:

How do you bind someone? General Discussion

Probably a honey jar. I read … a lot… about them on a hoodoo forum. I have tried it on someone that was a thorn in my side and it has had positive, slow and steady results ( as described would be). It also issues sympathetic magic or personal concerns as I see writing in regards to most hoodoo spells. Basically you get a jar/ fill it partially with honey, maple syrup or another sweet substance, place inside it your petition and personal concerns from the target. You take a spoon full of the cont…

What about this ? Orrr That? Evokation BOOTCAMP Spirits, Evocation & Possession

Hello everyone, I’m opening this thread for everyone to throw their little ideas, the concept is the following : If you have an idea of something that would be easy to manifest through working with goetic demons but still quite unlikely to happen, then write it here, it’s even better if you already manifested it and it worked ! For an exemple : my best success with a minor request was with Zagan when I asked him to get back my lost parcel and within the following week you guessed it, I receiv…

I actually just bought my mom a diffuser for her birthday, and tea tree was one among six oils I also gave her. I’m going to forward this information to her right now. I also am a dog owner and use oil diffusers. I’m very happy you brought this up!! Thank you!

Extensive collection of BALG tutorials into a coherent course by @C.Kendall

Well, i think it depends on what you do…I have seen a pair of people ending pretty fucked up mentally and phisically by doing banefull magic…So i don`t know, it might not be your soul per se, but everything else can be lost if you indulge in certain practices, not conducent to the ascension of anyone.

Another question that’s asked enough to have amassed many answers on here through the years. Please feel free to add your favourite books and book threads as and when, a few words on what’s great or even not so great about them would be awesome. [image] Actually Lucifer book recommendations: The Practice of Magical Evocation: https://forum.becomealivinggod.com/t/dark-black-magick-authors-and-books-recommendation/21542 [image]

This was originally approved to be edited and published but then sadly wasn’t, so I’ll just post it here instead. I apologize for oversimplifications or any information that may be very obvious to more seasoned practitioners. This work is meant to help very new beginners utilize basic critical thinking regarding magic properties and uses, among other things. I hope it is at least somewhat helpful. On Properties and the Inverse of Correspondences When creating a spell or ritual, regardless of it… 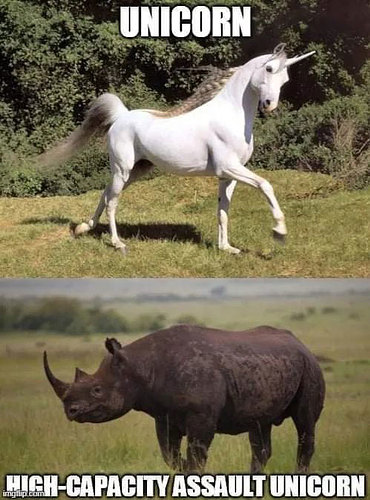