These are why I don’t try Demons & Dark spells

Um…a spell to make someone attracted to you isn’t a “dark” spell. It’s actually a pretty common type of spell in most magical traditions, including white light RHP New Age ones.

Get a roach motel and banish before trying again. Never know it actually coulda been a real roach if any neighbours have moved in or out lately.

Add: After saying that I thought of Occam’s razor so start with the roach motel and go from there

Without knowing what you did and what you tried to summon it’s impossible to assist. Was this a topic to ask for help or merely a topic where you wished to state your view that demons plus love spells = bad?

It’s unlikely that the roach was a consequence of your summoning. As @Kish has said this might have been a real roach due to you living in less than hygienic conditions.

Love spells are found in nearly every culture. Love/sex, money, and power are pretty much the three main staples to complex societies, so like Darkest said, it’s by no means “dark” and not necessarily involving a demon unless you specifically ask one to help you.

That aside, did you cleanse your space? Banishing negative energy and spirits and other intrusions is an important thing to learn before performing most magic. If you worked with a demon, which one? Make sure it wasn’t an imposter meant to trick you.

Cockroaches are common this time of year in the northern hemisphere in urban and suburban areas. Other critters in rural areas, too, such as centipedes, spiders, and mice trying to survive the cold. I’ve had a few roaches and spiders just because the weather brings them lately. Make sure to actually clean your house. Waving incense isn’t going to do the dishes.

Hopefully next time won’t freak you out so badly when you feel more in control of your surroundings!

before casting spells is better to banish your space to avoid any type of intruders, but love spell is not a dark spell at all. 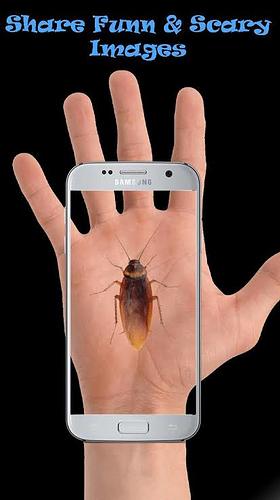 Like Paimon made me lazy and gave me nightmare when I needed to find a job.

So if the “dark side” gives you nightmares (I know it wasn’t a nightmare but I don’t got a better term for what your cockroach was) then why not use light side magick like angel love spells instead of demonic ones? That’d be love magick but white light style and you probably wouldn’t have cockroach spirits or nightmares or whatever happening cuz it’s white or light magick not black or dark.

Getting rid of any and all negative feelings you have towards dark magic is important, if you get nervous and believe dark magic will cause you suffering, then it will. otherwise, like Kish said you could try working with angels instead of you want to, or planetary magic, or look into local magic from your area.

Sometimes rituals can feel like they’re draining your energy which is why you might have been more tired than normal. I don’t see a connection between roaches and love spells though.

why not use light side magick like angel love spells

Because it makes you attractive, People are drawn to you, you become attractive…

The dark side are making them obsessed, attractive to you

Because it makes you attractive, People are drawn to you, you become attractive…

Work with Gods like the Vanir or Olympians then XD.

Like Paimon made me lazy and gave me nightmare when I needed to find a job.

Case one your Laziness is what you needed to overcome. Case two the spell worked in my case woman often become terrified of me.its your energy so if you’re vibing with them they’ll probably stop been shy

me, I literally felt a cockroach was going inside my mouth, I pulled it out then I woke up my some position of my hand pulling it out. It was like I’m awake like sleeping… Just like in the movie insidious

Maybe dark energy isn’t compatible with you. Infernal dark energy doesn’t really agree with me but dark energies like Apep or Nyx feel great so just find the right kinda darkness for you

as a very new to magick i have done so much “love spells”,unsuccesfull of course😁.I believe propably you attract parasites like energys.
Inmho you must banish often and ground yourself.
Also to ask an entity to protect you,will be a good idea i thought.

Maybe your fear is what’s blocking your beauty from fully blossoming, demons can work in strange ways, ive had similar experiences with Lucifer but he was just illuminating my conscious mind to my unconscious blocks

What EXACTLY was the ritual and who were you petitioning (if anyone). As far as you know the “spirit roach” was inserting inself into you so you could refine your ability of speech and confidence when you interact with those you are trying to influence.

Did you study your vision /experience fully and research

The mouth is the center of many of the fundamental components of human activity. It is consumption, speech, breath, romance; it is communication, interaction, almost a door to the soul. As the mouth of a river, it assumes the meaning of a DOOR or GATE, which lends access to another realm of existence.

"If you are afraid of cockroaches, it will have a different meaning than if you have no negative associations. But generally, cockroaches represent abundance, wealth, fertility, determination, and strength . It is important to pay attention to what is happening along with the cockroach though.

Despite their association with dirty environments, cockroaches are actually considered to be very good luck. Simply because of their resilience and ability to lay eggs. When cockroaches take over a place, they are famously difficult to remove at time. They are extremely adaptable and plentiful. There is a longstanding belief that they would even survive a nuclear blast! Because of this, they are associated with abundance, fertility, and conquering all odds. In many cultures it’s believed to be a sign of incoming money whenever one crosses your path."

One of the most obvious associations with the cockroach is filth. Seeing cockroaches might mean you feel dirty or unclean in some spiritual sense. You are being asked to look at why you might feel this way. Do you have a low self-value? Are you tolerating toxic behaviors from people in your life? Do you have negative beliefs in your life?

By the way… is there a color tab to change color of text?

I’ve read all the responses to this thread

OP you have been given numerous helpful responses to this thread but have still not told anyone what you tried to summon and how.

It would seem to me that you are already impeding your own abilities through doubt. You think demons are bad and therefore by summoning one you are already assuming that something bad will happen and your mind feeds into that. It’s self perpetuating.

If you don’t want to work with demons, then work with angels or other pantheons

There is risk in ALL types of magick. Think about it. You are coercing change in your universe. Strange things are bound to happen doing that. Also if you come into working with demons with fear, this may manifest in strange ways towards you. Been there done that.

I feel this is one of the most popular when it comes to blame on a certain group of individuals. Because something happened that was not favorable.

I agree to everyone above and I would like to add my two cents here as well from experience and what others also went through as well.

When you did do this spell did you follow the “ABCs”? As in shielding/wards, banishment and centering your self? When you decide to make this spell did you do research on the person first before evoking them? Did you write out your spell and fixed or add anything? Did you send at least some time to prepare your body and mind for the spell? Especially the latter is important. We carry things with us all the time from the outside world. From physical to more mental. So if you don’t prepare your body and mind it can affect your spell. A lot of the people that have been doing this either from here or outside can tell you the exact same thing.

So let’s say you did do these things and still had this out come. The first thing that came to my mind is parasite. These things can come in many forms and sizes. They can do from just annoying bug thing to full out drainage even causing some damage to your astral even physical being. Now with these you can get them anywhere and anytime. But you are more susceptible to these things when your the most open such as a spell or evocation/invocation. When you do these things or a spiritual practice you open your self to the other worlds. This can be an easy target for parasites to get to you. Even when your working with more light sided things you can still get them. They are in a sense like the flu or in this case COVID. In the way that you can have your vaccines and follow the safety guidelines and still get it. The only difference is it won’t be as bad and I take into count that I had work with angelics and other light energy before and only a year ago I found out I had a parasite that has been with me for years.

So it does not matter if your working with dark or light or gray or green or what not energies, they don’t care because they just care about your energy.

With this I suggest looking a bit deeper at what happened and why. This is a learning experience and well when practicing magic at all to this context of actually working with energy let alone other beings you will have accidents. You will have moments when something will blow up in your face like in the science lab. But it’s part of the journey. No matter who you work with or call on you’ll face challenges. So really look on this as one and again ask questions, why, who and what can I do to improve it? Magic itself is not just casting and seeing epic cool things. It’s a science and a art in one.

Love spells are found in nearly every culture.

Sometimes they are however not “evil” but “culturally inappropriate”, like trying to get back with your paranoid ex when 50% of marriages end in divorce and only despised minority groups believe in traditional marriage anymore.