Let me start from the beginning.
I’m currently working my ass off and I haven’t gotten the time to do some spiritual practice.
2 days ago before I was going to sleep I felt an intense energy from Azazel out of nowhere. (It’s been months since I talked to Azazel) Like I had to invoke him ASAP which I couldn’t because I had to wake up 5 am and I was exhausted after working 6 days in a row and it has been chaotic at work. I said " I’ll invoke you tomorrow, Azazel. " and I fell asleep. The very next day when I had my 30 min break at work I started to read some posts here because when I can’t practice I try to read/study to learn at least rather than doing nothing at all. 10 minutes after my break I felt an intense excitement and joy of having Azazel in my life out of nowhere, a lot of gratitude. I was excited to invoke him later.

Later on… 11 pm, time to invoke.
The plan was to meet Azazel in the astral and to find out what’s up. I went into a deep trance and my head started to spin a bit which I have felt before during invocations and then POOF everything went black, (I always listen to music during invocations, rituals etc. This time it was an audio of Azazels enn.) No I didn’t fall asleep, this has never happened before. I was awake but I wasn’t aware if that makes sense. I could hear the music and at the same time not, I could hear my thoughts sometimes and sometimes not even though it felt like I was still thinking. It felt like it was going on for 5 minutes and then I felt like I was literally burning. I had to end the trance because of it and I felt like I was spiritually going to puke. I put my hand on my shoulder and I was cold but still I felt like I was burning. I checked the video to see how long I blacked out and suprisingly it was for 30 minutes. I was so dizzy and I had to open the window to feel some cold air and when I opened I saw how the candle flame reacted on the wind but I didn’t feel any wind at all. Everything was weird, how I felt physically and spiritually. I was about to blow off the candle flame but I just stood there watching the incense smoke, I somehow couldn’t blow off the candle so I was like screw it, let’s turn on the lights. The very second I did it I started to freeze my ass off because I started to feel the wind thankfully. Damn I felt like this was a failure but at the same time not, didn’t stop me though. I instantly decided to do this again tomorrow.

So I was once again reading some posts here on the forum about Azazel in general, ended up on @C.Kendall 's post on Azazel. I found out he got a youtube channel which I was interested to see. I watched different videos and then I saw " The universal method invocation. " which caught my attention so I decided to watch it. The method was super interesting and I instantly wanted to try it, it was kinda funny how he even used Azazel as an example in the video. Once again I was super excited to invoke Azazel tomorrow. (today)

Invocation time.
When I was getting in position the candle flame popped around 4 times and they weren’t exactly small ones either, I was totally ready for this. I did all the steps as Conner said in the video. When it came to the chakra steps I started with the root obviously, it went fine but the more I vibrated Azazel’s name it felt like the whole universe could feel my vibration, I started to feel a small pressure on my forehead. When I got to the throat chakra it felt like the steps became easier and easier each chakra I moved on to. When I came to the third eye chakra I could feel the pressure on my forehead getting worse, like all of my blood went to my forehead and the skull was about to explode by the pressure, it didn’t bother me though. Each time I inhaled I felt like I was either high or dizzy, my head tilted backwards automatically and the feeling was indescribable and when I exhaled and vibrated Azazel I felt like the vibration got even stronger, I could feel it right to my bones and I have never felt such powerful vibration before. I got goosebumps and I felt instant power. It became overwhelming already in that point so I was wondering if I could even get through this but I was so not ending it. When I was done with the crown chakra I started to see some kind of halo above my head of darkness spinning clockwise and I felt even more “high”, I could sense the chakras working at the same time with Azazels energy and fire so it felt like my stomach was on fire. I chanted " Itzrel, Itzrel, Azazel - Evoco Domine Azazel - Aezan Tala Zador Katan Asal - Azazel enter my flesh, my blood, my mind, my heart, manifest within me etc. " My head started to spin again, I felt Azazel everywhere. I could sense how large his form was and it was crazy, It felt like he was in every cell in my body like he was me, I was him. We were one. I have never felt such power before, I even got to the point I felt like a Goddess. His energy was growing outwards too Like Conner said, what I experienced there were wings and horns. I even saw myself in a demonic shape out of nowhere in my mind.
I thought " Is this real? " The best part is that it was indeed very real. I could hear a dark demonic voice roar and I loved it. I started to talk to him. ( I can’t tell you all exactly what we spoke about but I’ll write what I can say)
We agreed on that I was going to become his student. (Our contact has been for other reasons, But I was ready to become his student and he wanted to teach me. It was time for me to evolve.)

" From this very day, your life will change. You will transform, let us begin the journey. "

Then out of nowhere I saw Azazel marking my forehead with a symbol and I wasn’t prepeared for that to happen. I drew it for you to see. I didn’t ask him about it either because I was super surprised over it.

I thanked him deeply from my heart of gratitude, I was so happy to start my journey with Azazel + experiencing all of this. I slowly opened my eyes and I couldn’t believe my eyes. ( I had a cup of green tea on the table as an offering to Azazel. ) The tea was moving like it felt all the vibrations and the candle flame was high and moving left and right like it was slowly dancing. ( The tea didn’t move in a unrealistic way btw ) I have a video on it, I would love to post it here but I don’t think you can post videos from the gallery, only photos? ( Also, keep in mind that I was sitting very, very still especially when my body felt numb. ) I felt like I succeeded better than I thought, I normally do succeed on invocations it’s not often that I fail but I have never gotten these results before. THIS METHOD IS LIT.

I’ll put the link to Conner’s video for you to see! Honestly, everyone should try it. You won’t be disappointed.

I wasn’t planning on creating a post about this but before thanking Azazel I felt like I really should and I felt how Azazel wanted it too so I agreed, he agreed. 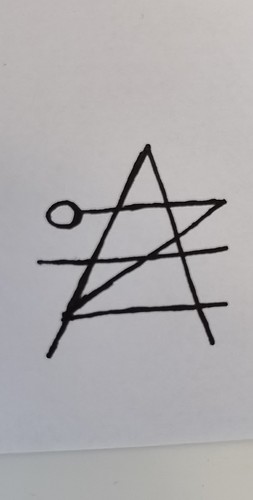 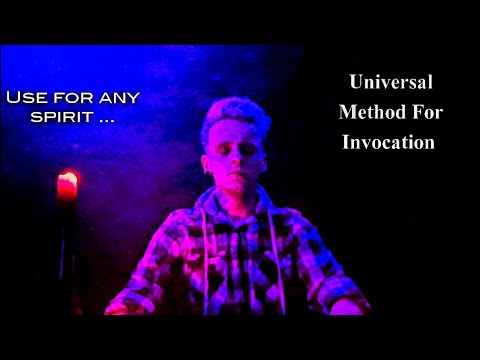 Thank you @C.Kendall for posting a video on this method, I’m super impressed and I will continue using this method!

And thanks to all of you that read this!

P.S. It’s been 40 minutes since I finished the invocation, the pressure on my forehead is still there lol.

Awesome to hear your results and a definite success, proud of you my fellow brother/sister

may the Ebon Satyr watch over you and follow the black flame of the North to path now set out for you.

Thank you so much brother, I hope you succeed with everything you face and that the spirits protects you from negativity.

Wow this is great thank you for sharing this with us